RISE - And a School Story 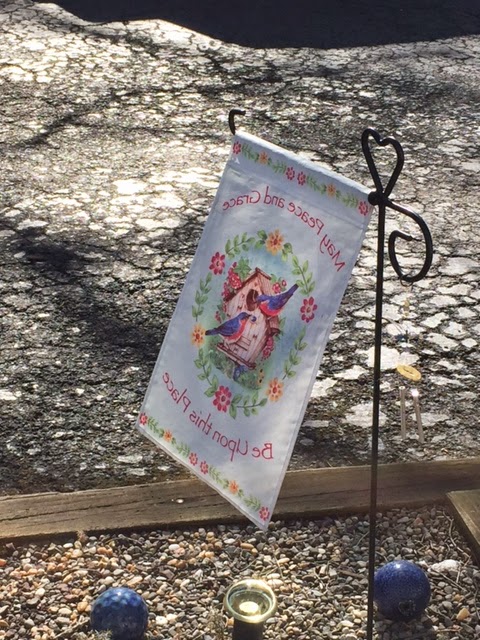 The wind has been blowing so hard the last couple of days.  I watched one of the many flags we have RISE and fall with it.  It actually was blowing hard enough to push it past horizontal. 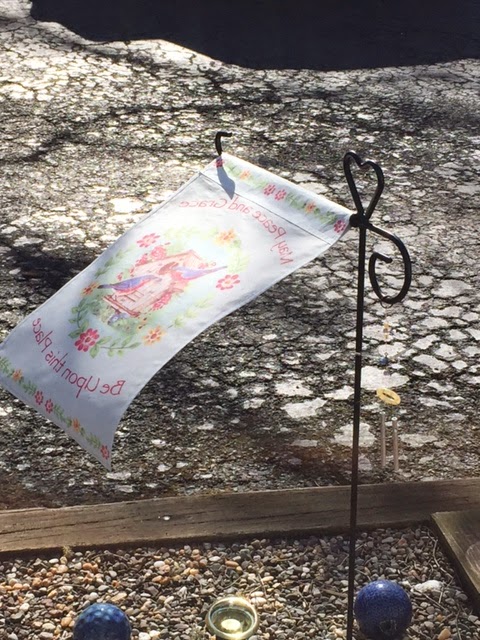 I struggled with this prompt and realized, pulling up the driveway after work, that I had an opportunity not once, but twice today to take a picture of a ladder in our office which I could have used which also would have been a stretch, but luckily the flags caught my eye.  I know it's also a bit of a stretch but the temperature which should be on the RISE has fallen again.  The brook across the street had it's RISE over the weekend with the rain and melting snow contributing to that and it has fallen.  And I wasn't planning on baking anything that might need to RISE.  So this is my feeble attempt at this particular prompt. 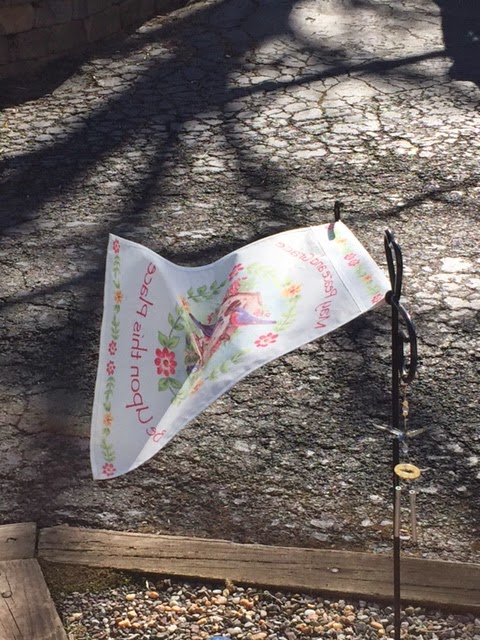 And I promised a story from school.

Our custodian had to check out something in the boy's bathroom.  He always makes sure that there are no students in there when he goes in so he asked a boy who was leaving the room if there was anyone in there.  The child said no and then continued the conversation telling the custodian that he liked the bathrooms in our school............ 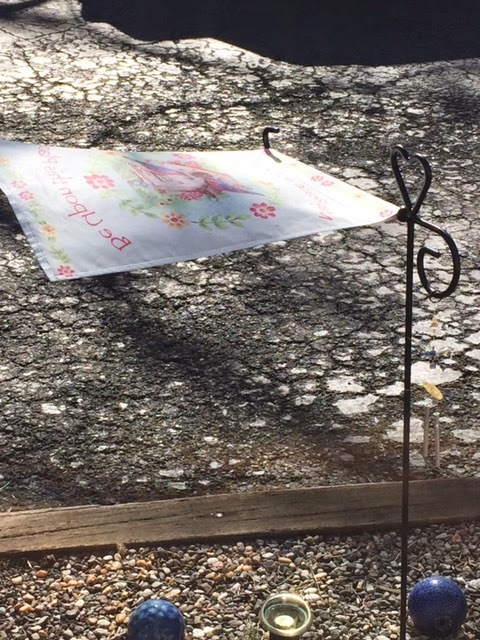 because there was a urinal for every day of the week.  He said he used the first one on Monday's, the second on Tuesday's, and so on.  The custodian asked him what he did if say, someone was already using the number two urinal on a Tuesday when he got there.  He said he would just wait.  Even if the other ones were free, he would just wait.  The custodian told him that he guessed it was a good thing we didn't have school on Saturday and Sunday, he might have to go all the way to the other wing to use the bathroom.
Posted by Lorraine at 4:59 PM

Email ThisBlogThis!Share to TwitterShare to FacebookShare to Pinterest
Filed Under: Photo Challenge 03/15, Ramblings