I saw the color challenge from the Paper Players this week and decided to play along. 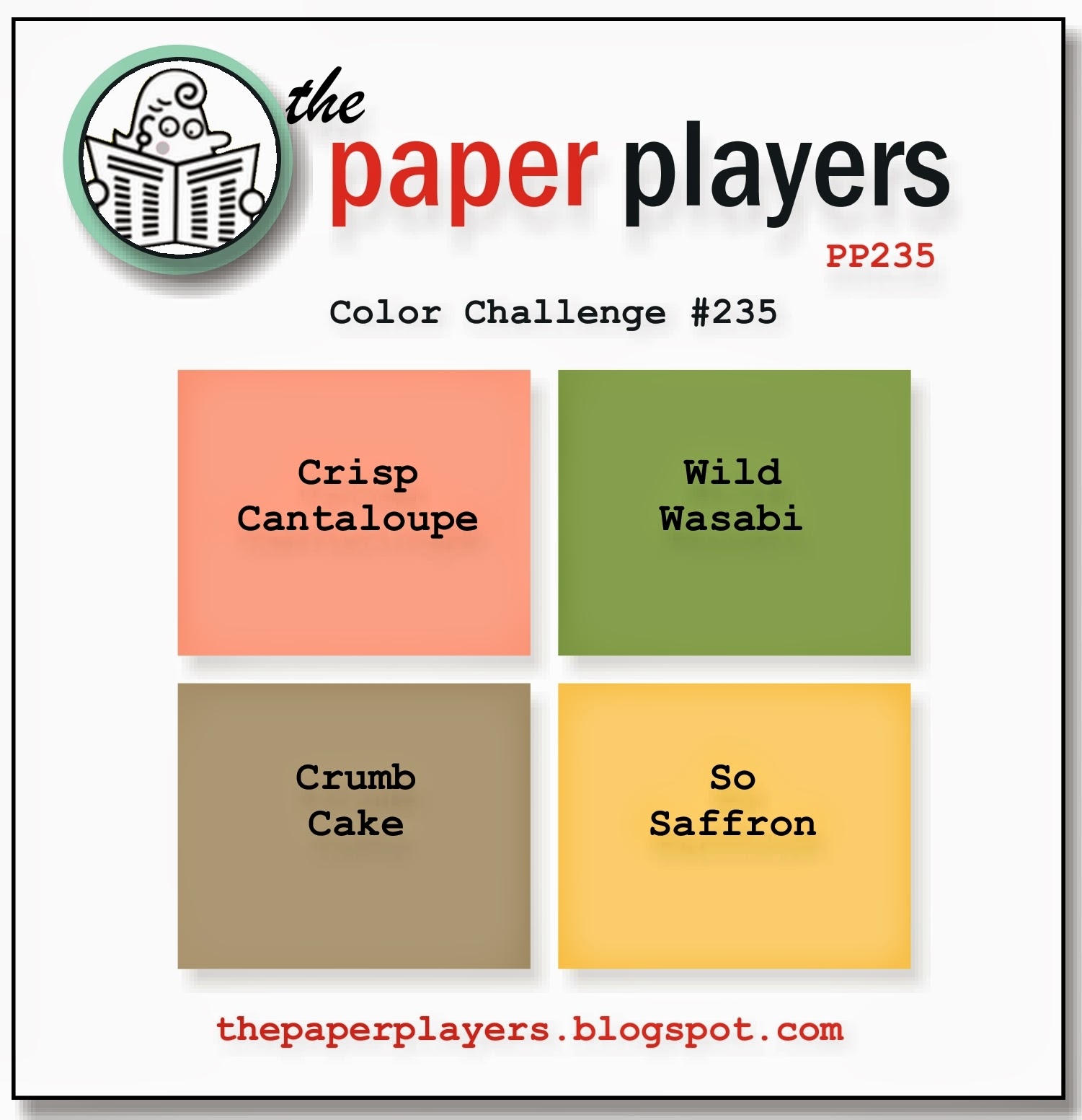 I was having so much fun with my new Easter Eggs stamp set and die from A Muse that I used these colors to make two cards.

On this one I also used a new embossing folder that was gifted to me by my blogging friend Sabrina and the greenery is a Memory Box die. 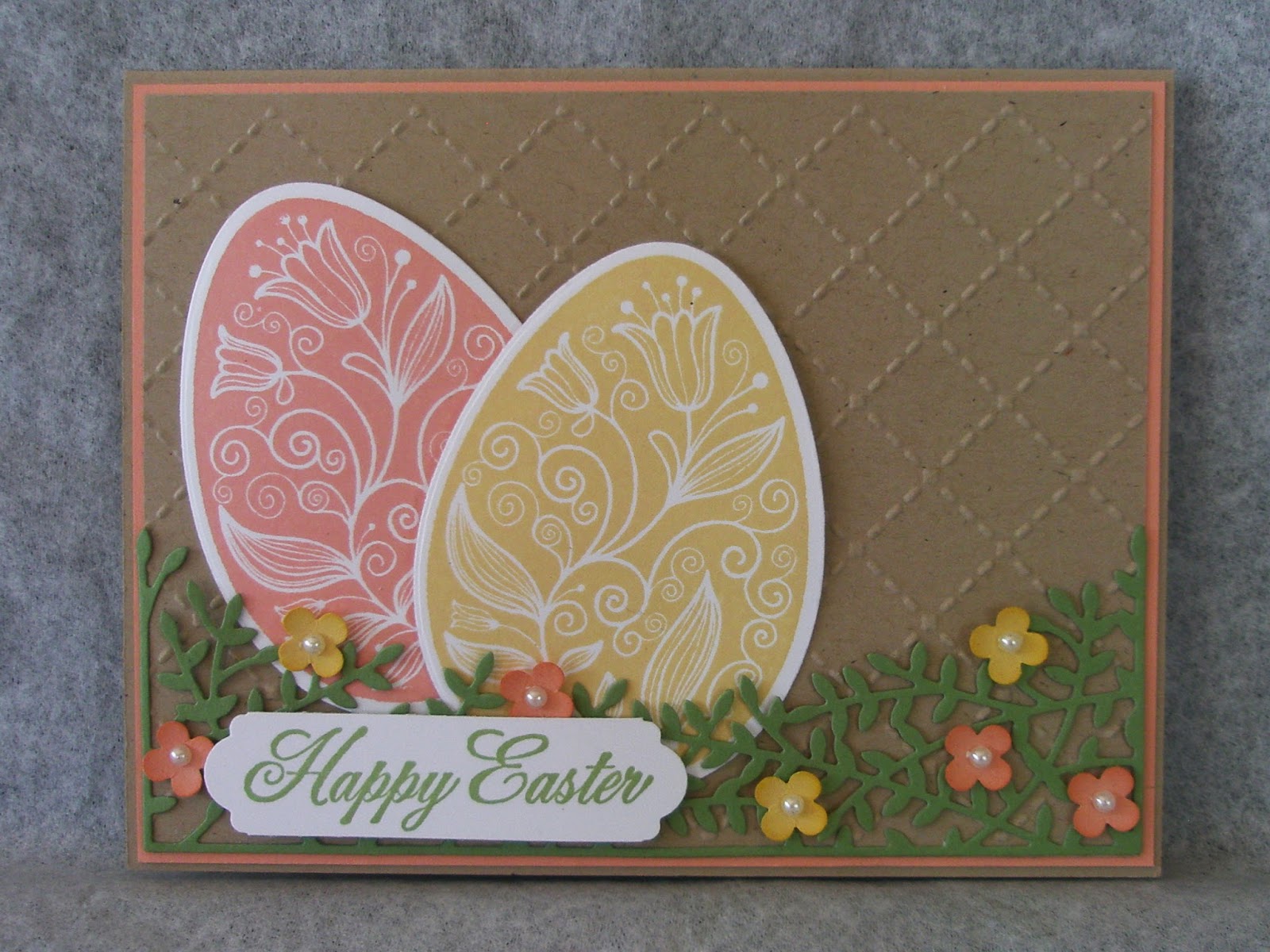 On this next one I used the egg stamp in Crumb Cake on the panel first and then added half a kraft and half a white doily to it.  I found some So Saffron ribbon in a drawer and tied that around the panel.  The egg was watercolored and popped up. 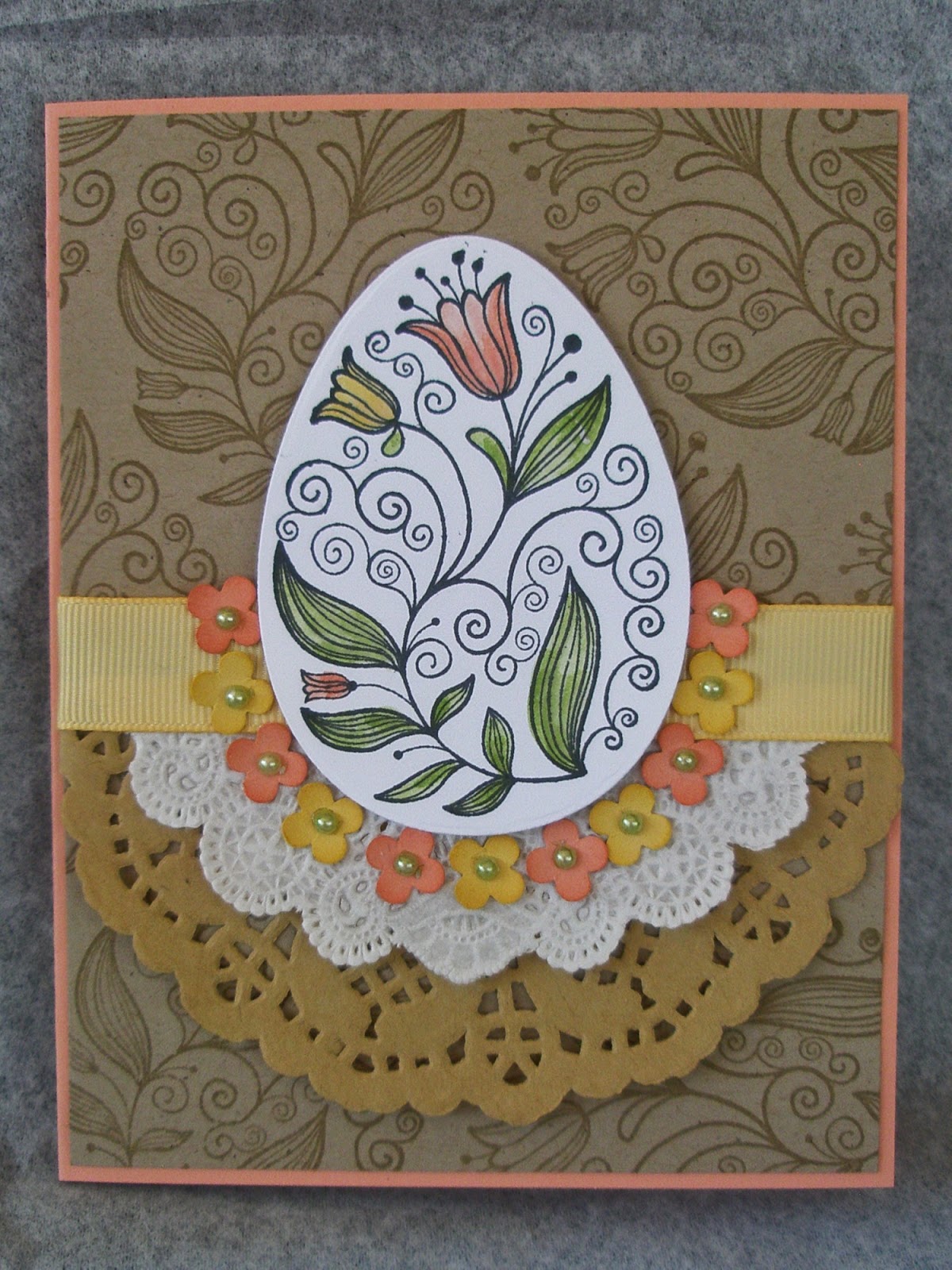 Then I added some little punch pack flowers in Crisp Canteloupe and So Saffron. I daubered the edges in inks of the same color first and then gave them a squish on a mouse pad to cup them up into more of a 3-D shape.  The centers are sticky pearls that were colored with a Wild Wasabi Blendability (which, if you haven't heard have been discontinued). 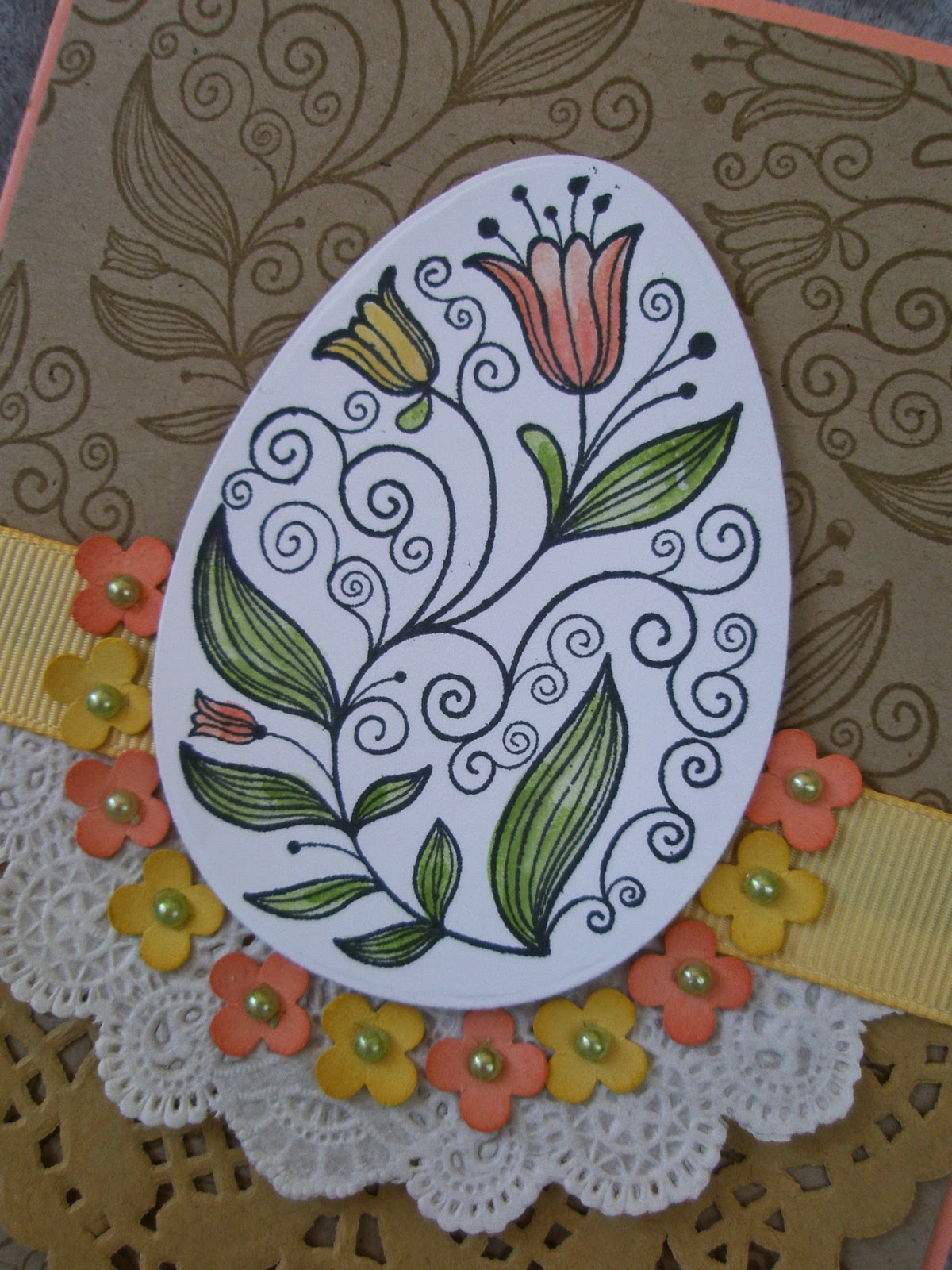 I love when I can use a stamp more than one way -  like this one for a background. 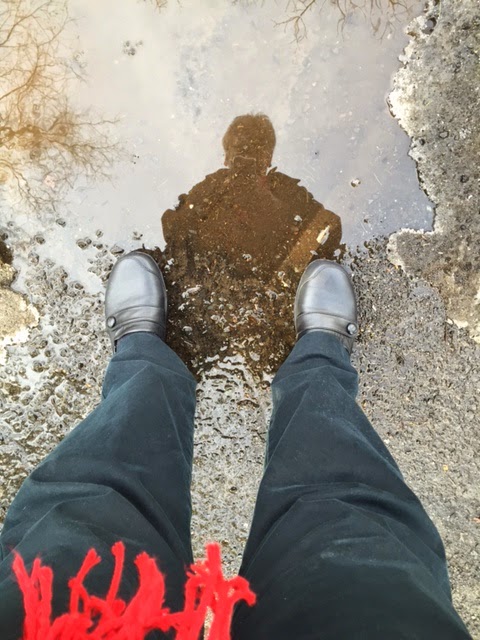 It got up to 60º today and there was a lot of snow-melt.  This puddle is one of many at the end of our driveway.  The sheet of ice that it once was has melted enough for me to be able to get the mail from the mailbox without worrying about slipping.  That's what happens when your mailbox is at the foot of a hill and mostly in the shade even during the winter.
Posted by Lorraine at 6:19 PM