HWNSNBP and I took a trip to IKEA today.  You can see the NYC skyline from Rt. 78 as you approach the turn-off towards Newark Airport.  It was a little difficult trying to get a good picture while the truck was moving, but I think my cell phone camera did pretty good.

While there I found some neat note cards.  They came 4 to a package and were gray/silver and white. Two striped and two polka-dotted.  I had seen a card online earlier this morning that I wanted to CAS and these notecard bases were perfect. 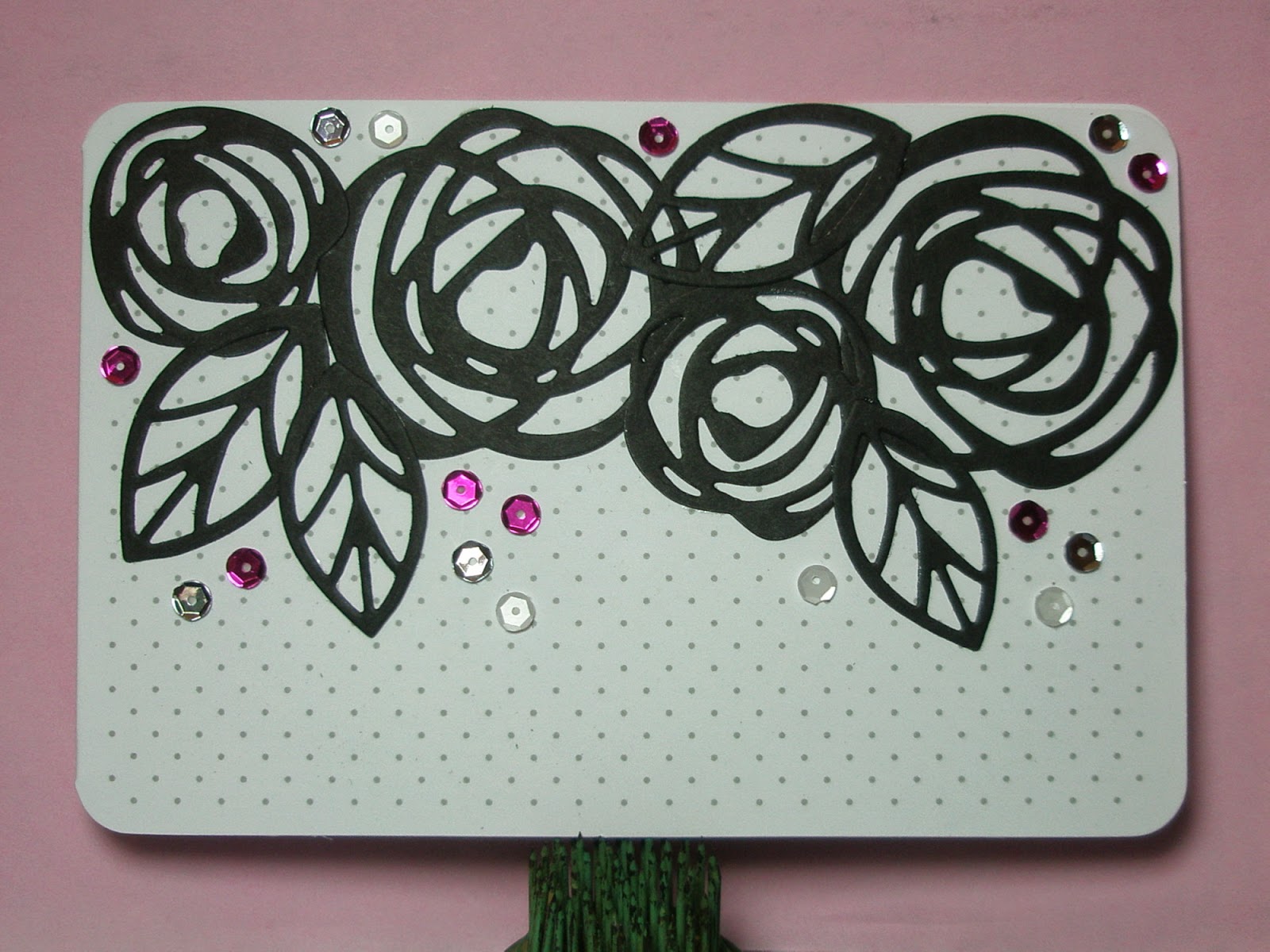 I used my Essentials by Ellen die again to die cut the flowers and leaves and then layerd them along the top surface of the card.  Then I added some silver and white sequins on one and silver, white, and magenta on the other. 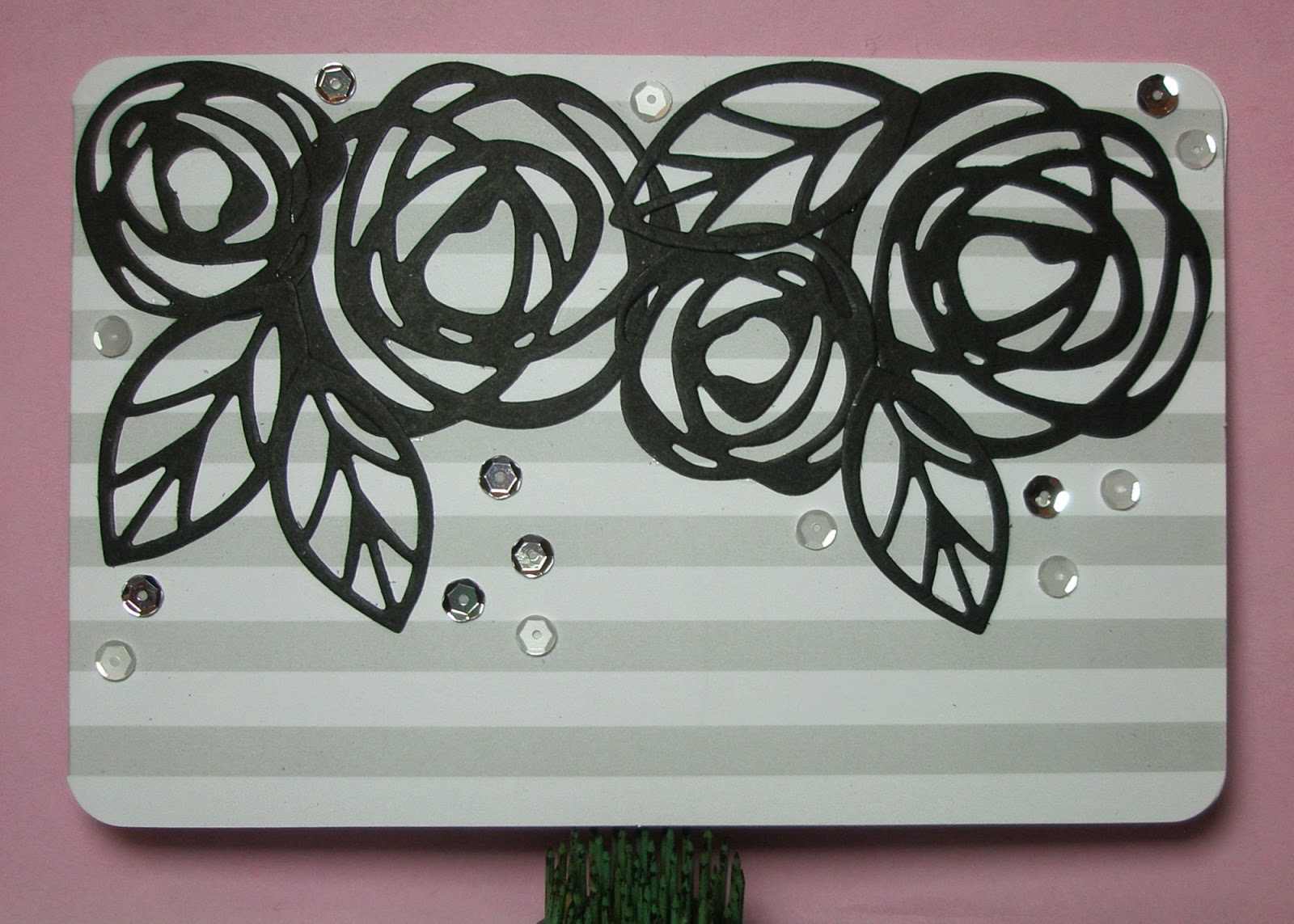 I purposely left off a sentiment as I don't know quite yet what I'll use them for.  Make sure you check the link above to see the inspiration for this card - it's so much prettier than mine!  I neglected to go to the edges of the card base with mine and regret that now, but at the time in the stamp cave I was going strictly on memory.

Oh yeah, and we picked up more shelving for the stamp cave which means I have a lot of work ahead of me moving things so we can get those shelves in there.  We're going to tackle that starting next weekend which means the stamp cave might be out of commission for a bit.  Until then - have a great week.