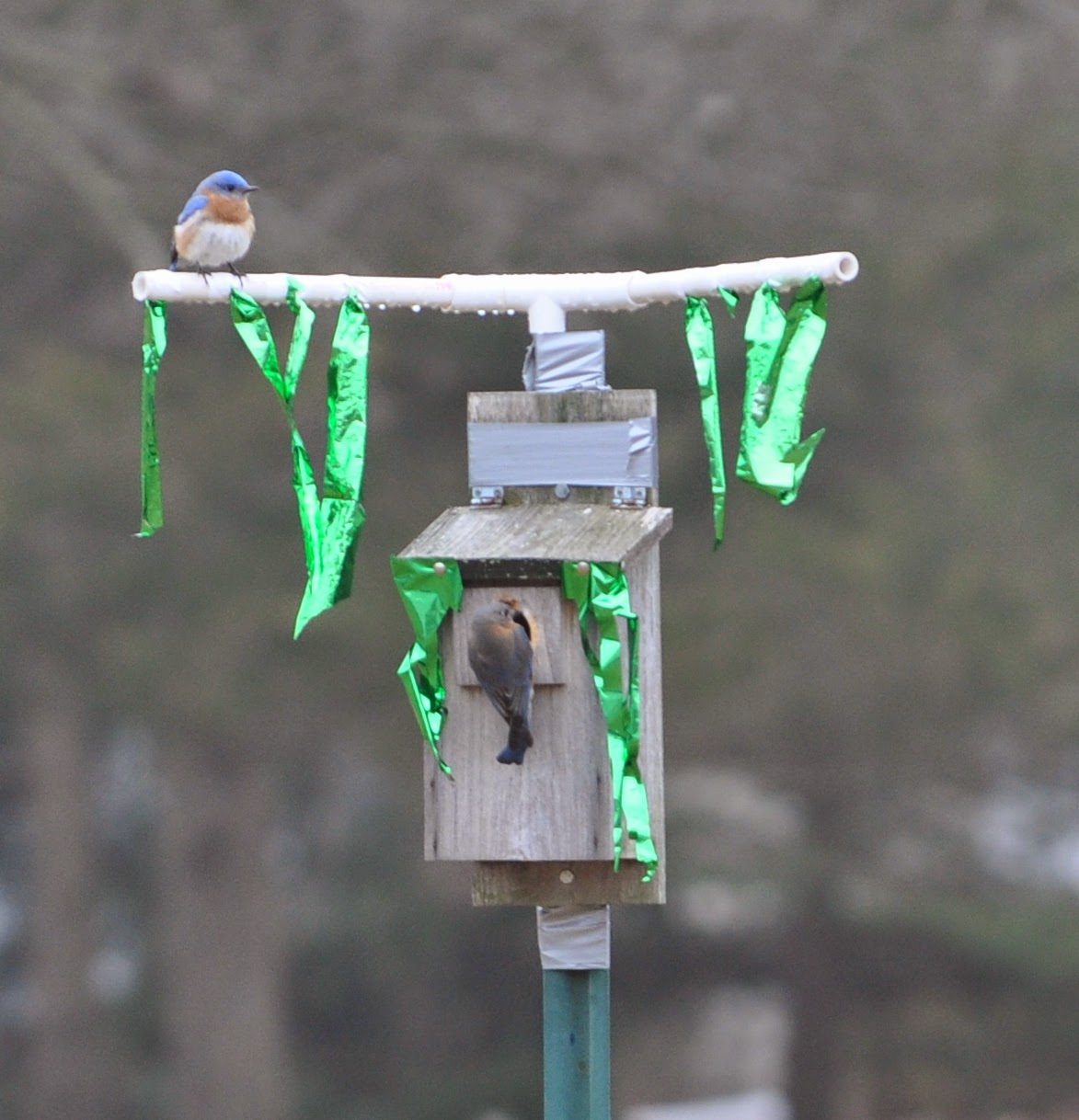 Okay, so it's not a human-size building but the bluebirds are looking into moving into the neighborhood at school.  And no, it's not decorated for St. Patrick's Day, although we were kidding that we would tell people that it was a leprechaun trap.  We were noticing several varieties of unwanted bird species trying to lay claim to the box within the last few weeks.  So I mentioned to the custodian that we needed a "Sparrow Spooker" to keep the undesirables out.  Then I showed him a picture on the internet and the next day, he surprised us with his rendition of  one and even put it up.

The premise is that most birds are afraid of the shiny mylar and will be scared away.  The bluebirds however don't mind the "tackiness" of the new BUILDING ARCHITECTURE and will have more of a chance of claiming the property.  In our case I think it worked!  I almost want to believe that I see some grass in her beak.

Oh, and I almost forgot to mention that the custodian brought his camera in, with a 200 mm lens, for me to use.  Boy, was that sucker heavy.  I still stepped outside the front door so I didn't get the haziness through the window screens.  I wish we could put a nestcam in there but the line would have to pass over the bus lane so it's a no go.