FADED on a Sunny Day 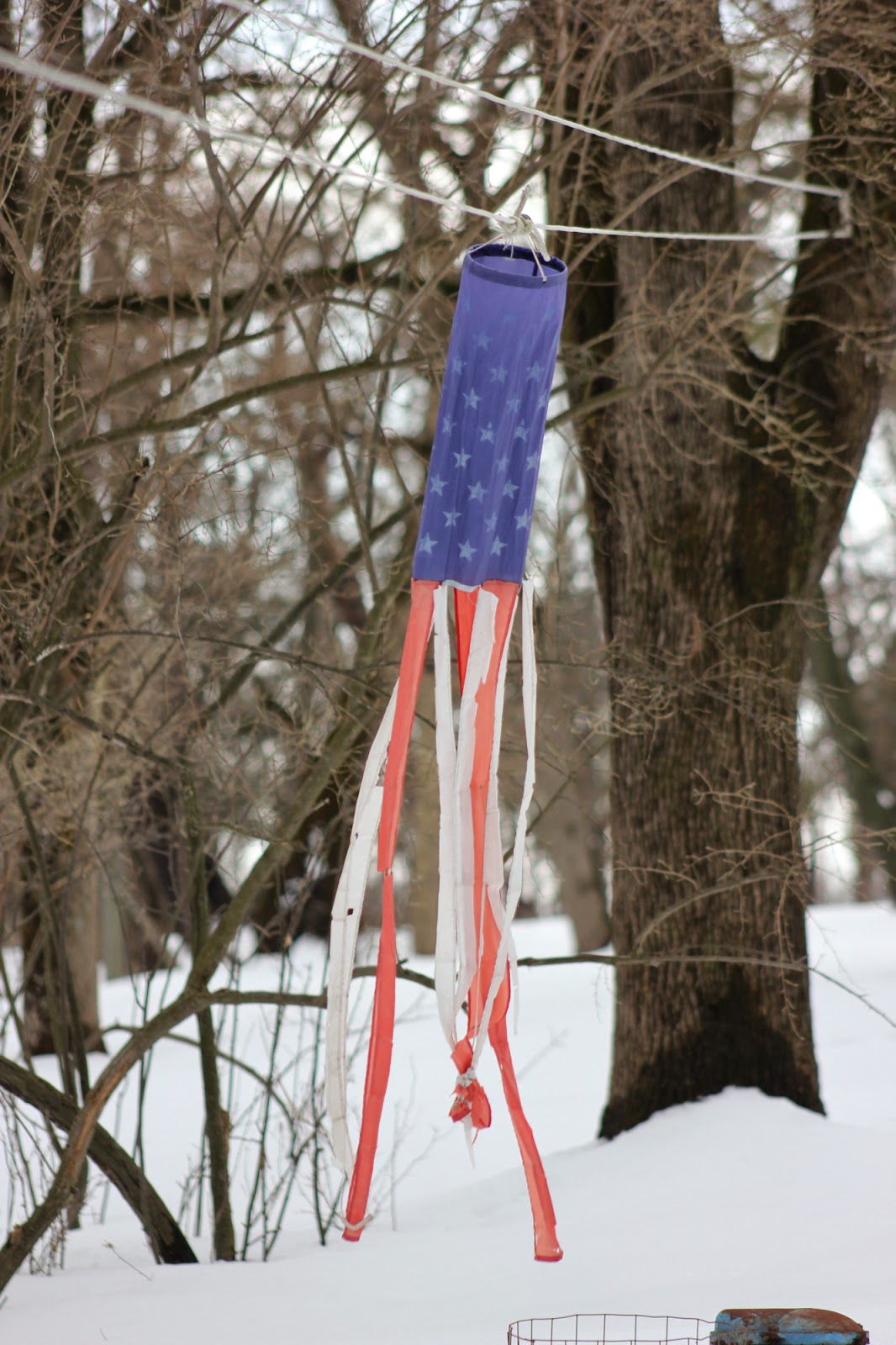 Our poor tattered and FADED windsock has seen better days.  The streamers are tangled and tearing off, yet there it hangs on the clothesline day in and day out.  It not only adds a bit of color to the backyard, but it is helpful too.  One look can tell you how windy it is and of course what direction the wind is blowing. In the summer, during the balloon festival that is held not too far from here, it gives us a better idea if the balloons will be overhead or if we need to get in the car to chase them.  If a storm is predicted you can usually tell it's getting close by how horizontal the windsock gets. 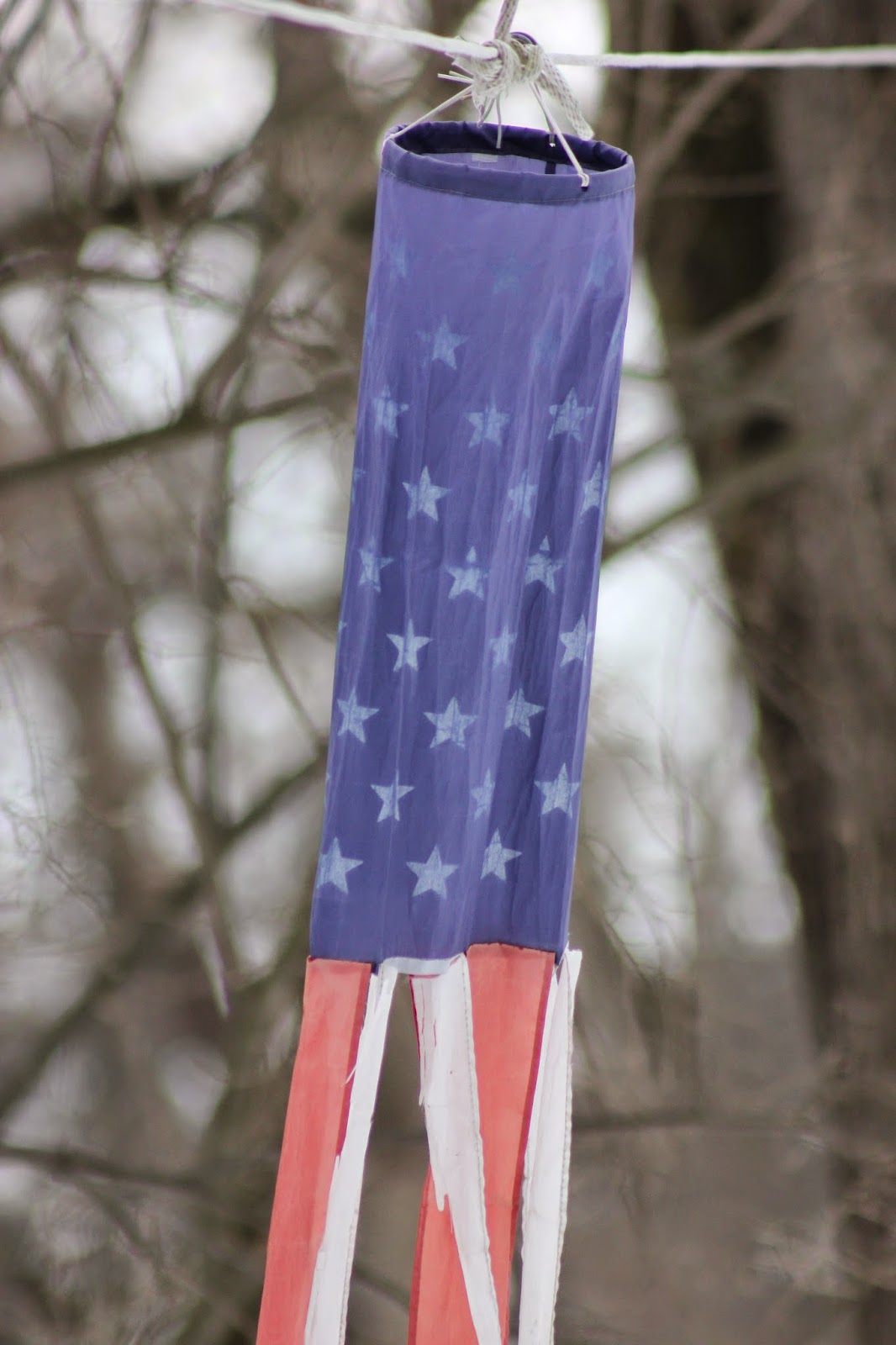 We already have a replacement handy but will let this old girl finish off the winter and possibly the spring before she is removed from duty.

My little celebration today came in the form of a chocolate covered strawberry.  HWNSNBP and I went to the Raritan Exposition Center for the Home Show (got free admission from our power company and it's his birthday this week so I thought we should do something he suggested) and checked out some of the vendors there. 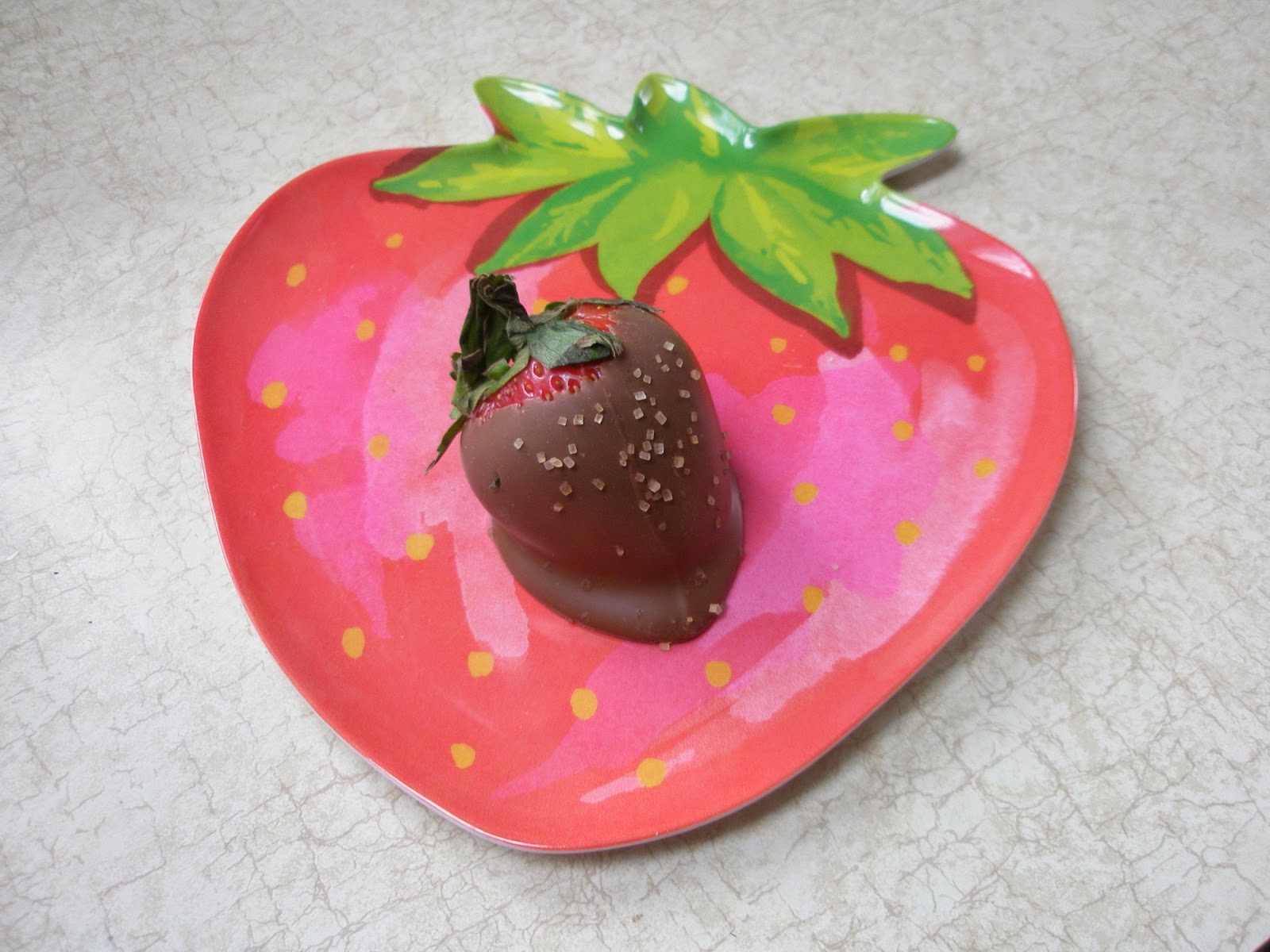 We picked up information on a whole-house generator and bought some gardening items (a new bird bath, ceramic pot, and some cute bird feeders).  Not having lunch before we went was my excuse for indulging in the strawberry and, don't tell anyone, I also got some salted caramel chocolates. HWNSNBP taste-tested some yummy fish cakes and I encouraged him to get a box which he did.

The temps got up to 50º today making the walk through the parking lot there very agreeable and walking indoors was just the right amount of exercise for me as my early morning bike got cut short unexpectedly.  I was left in charge of waiting for the serviceman to come and check out our new water tank which we only had installed a little over a week ago.  I had everything timed out and then he called and wanted to come a half hour earlier so I had to scramble.  I think I took a record-breaking shower and was dressed and ready in 10 minutes only to have him show up 5 minutes before he originally said he would come.

We have a well and yesterday the water was very cloudy and there was visible sediment in the tub (the tub has the only faucet in the house without a screen).  Needless to say, we were wary of drinking it until we found out what was causing the cloudiness so HWNSNBP put in a call.

It seems new things aren't always as good as old things and they get you every time.  The old tank had an internal sediment filter, but guess what......... yep, you guessed right, the new one does not.  So tomorrow he will be back to install a filter. Oh joy!

But I had a very productive afternoon in the stamp cave which I'll share later on this week.  Hope you have a good one.
Posted by Lorraine at 11:51 PM