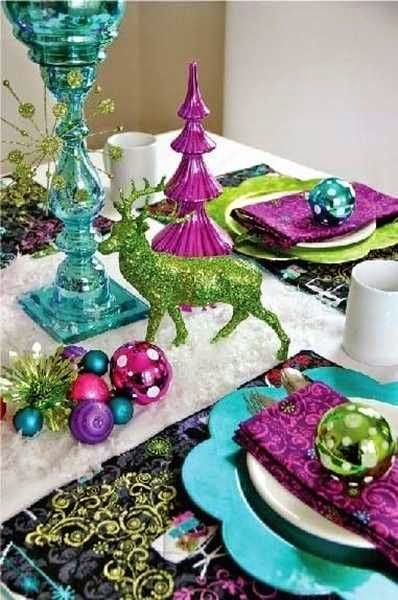 Yowzers, that is vibrant but so pretty.  I think we actually have a wreath that I put together with some felt ornaments from the Christmas Tree Shop using these colors.  Sometimes it's so nice to get away from the traditional colors.

Scouring my stash of papers, I was looking for those that had some of the hues in the picture above.  I found purple and pink cardstock, aqua dsp, and some green-mixed-with-blue glitter paper, as well as some ribbons in pink, green and aqua that had a silver stripe, so I decided to add the silver element. 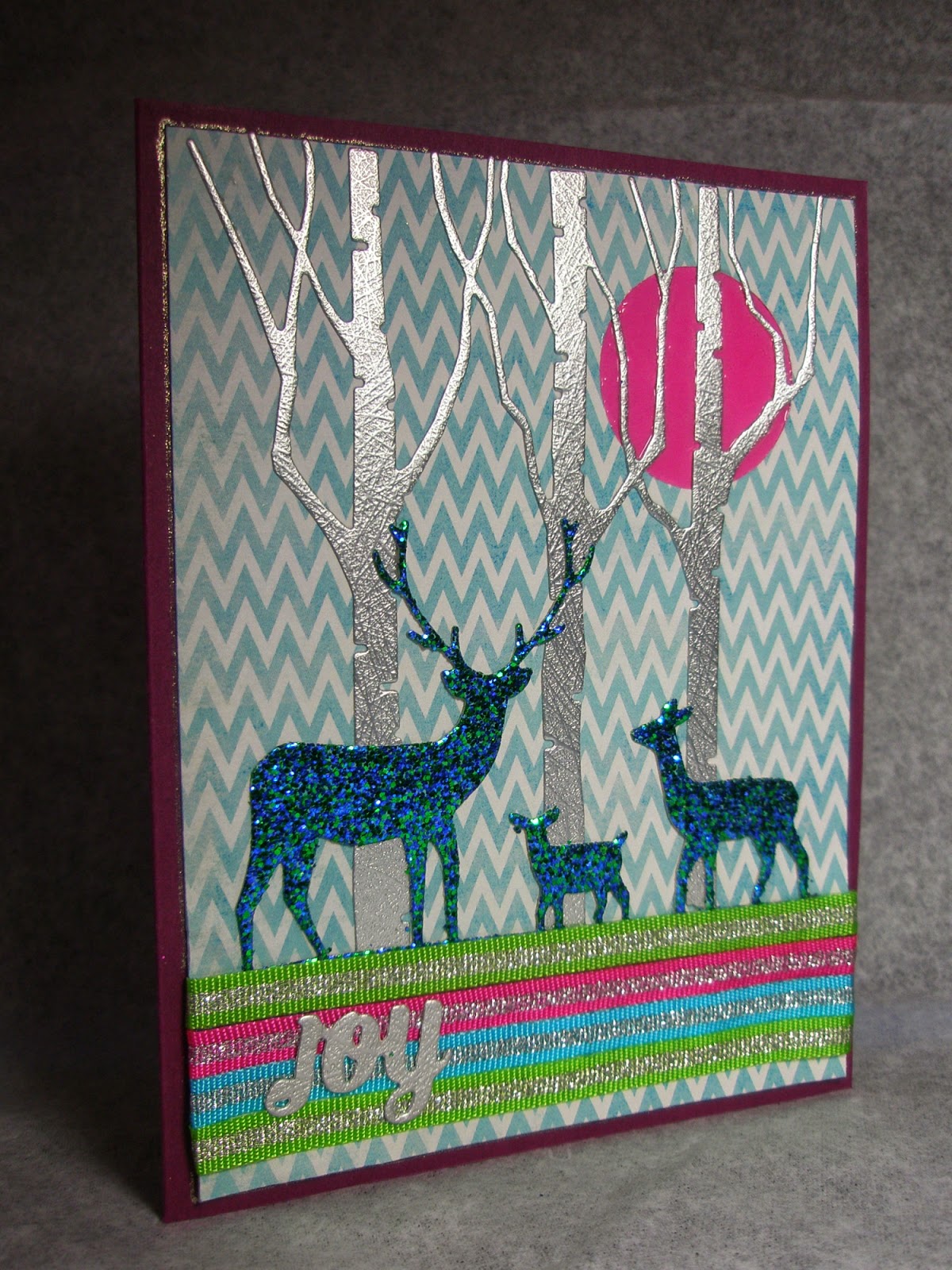 The silver paper is textured and I used it for both the trees and the die cut sentiment. 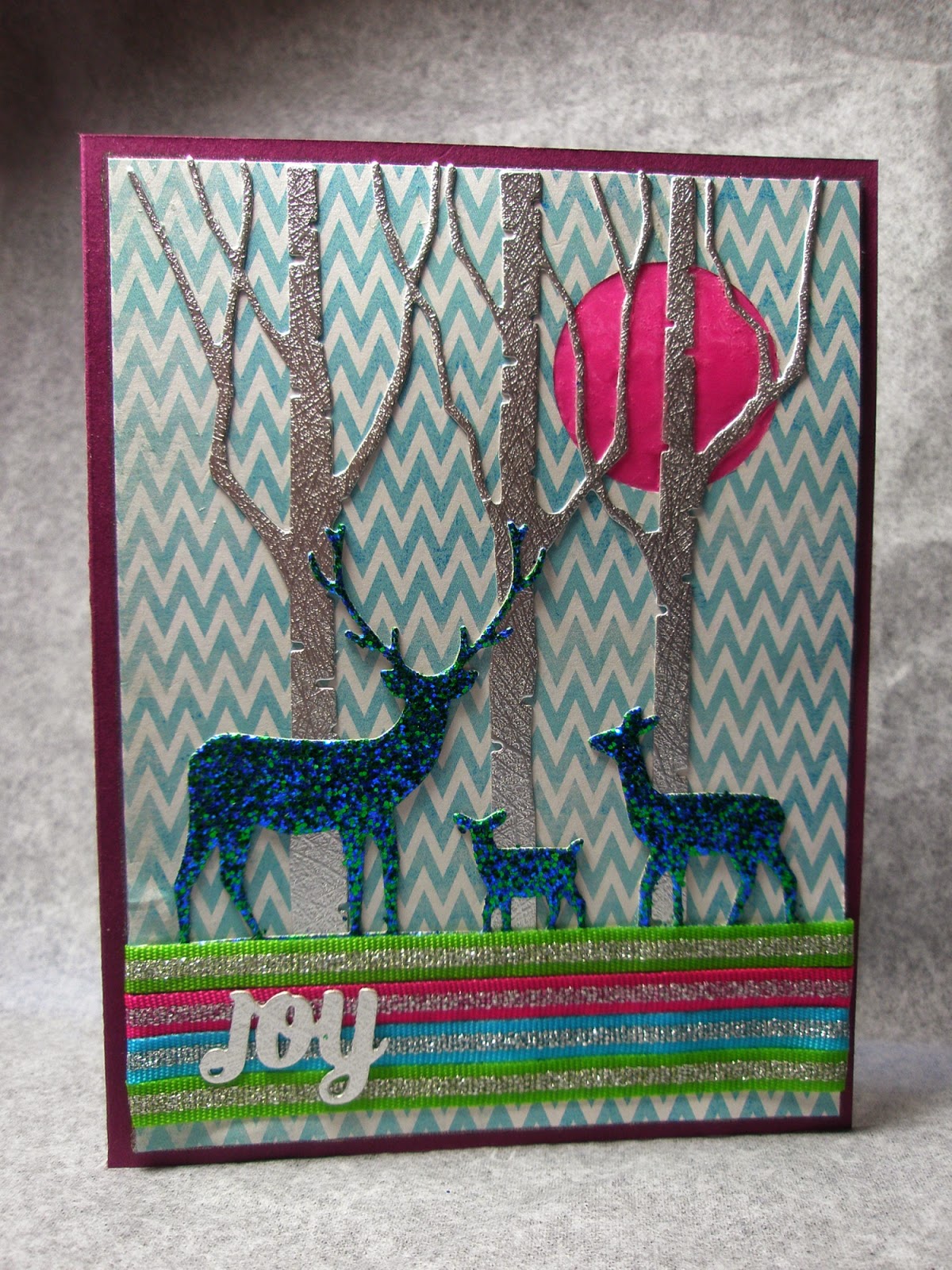 I was concerned that the deer die might not fully cut through that glitter paper so I used a metal shim under it and had no problem. 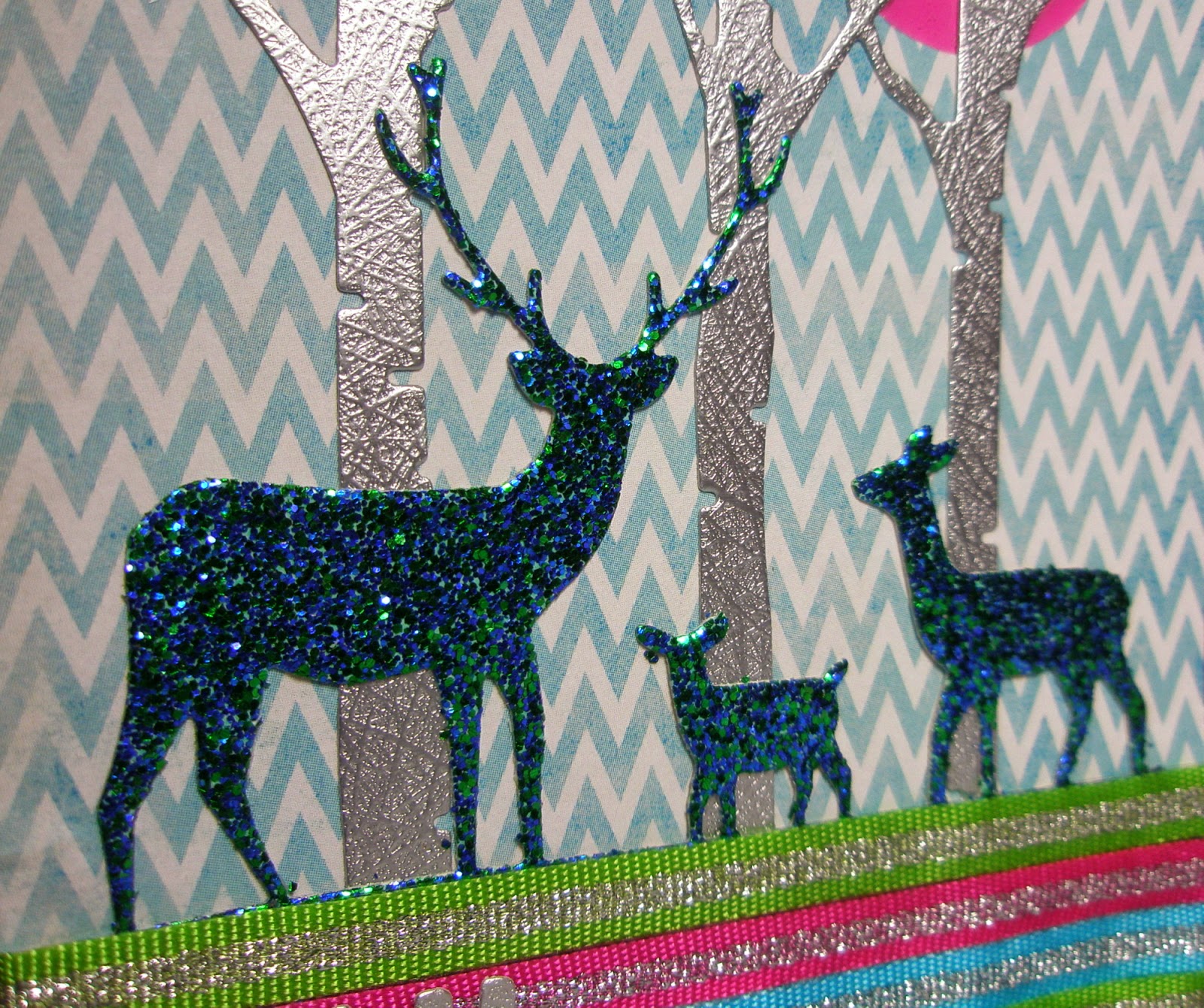 I think you might be able to see from the picture below that I added Crystal Effects to the moon to give that some shine too which wasn't that easy because I was impatient and decided to do it after the trees were glued down instead of before and waiting for it to dry.  Thinking about it afterwards, since the moon was punched out of the dsp and the pink was behind the opening, I probably could just as well have inset a piece of window sheet/clear plastic to get the shine. 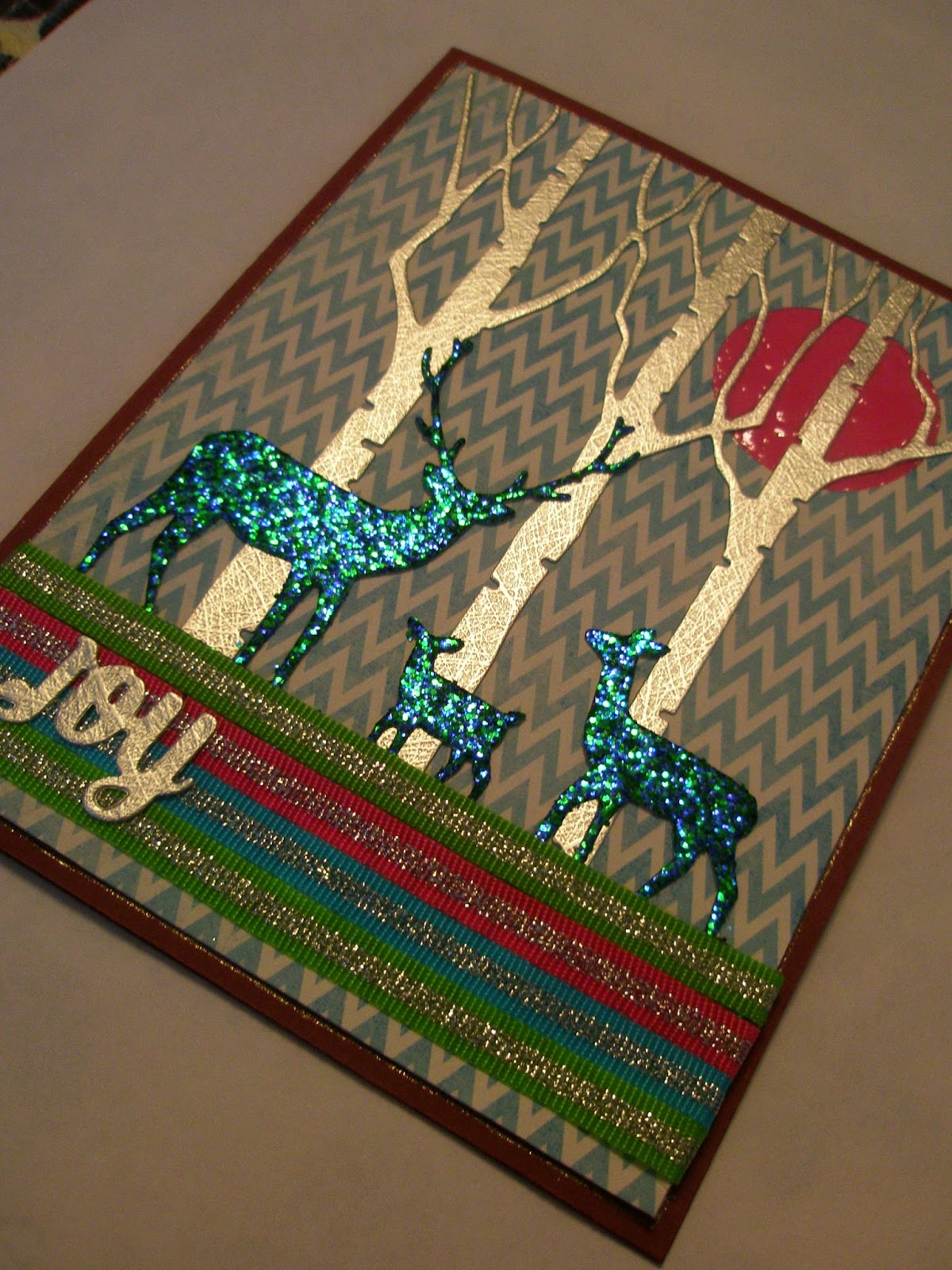 Admittedly I wasn't too thrilled with this when I finished it two nights ago, but it looks much better in the daylight and the colors really appeal to HWNSNBP which could be good or bad because he's, um, color-challenged.

I was having a hard time coming up with a second card for this challenge but I just noticed something in the inspiration picture that has.......given me some inspiration.  I'll be back with another one soon.

In the meantime, here is the link to the Jingle Belles blog where you can see all the other wonderful creations.  Click here.
Posted by Lorraine at 4:47 PM

Email ThisBlogThis!Share to TwitterShare to FacebookShare to Pinterest
Filed Under: Jingle Belles Challenges 2015