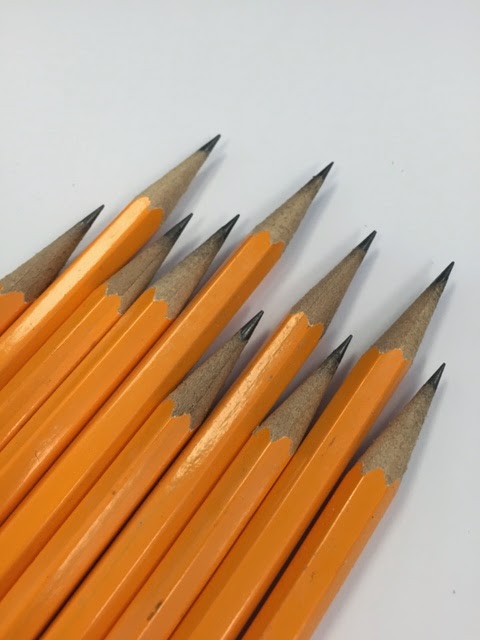 Today's photo prompt is SHARP.  I had a packet of sharpened pencils on my work desk.  Well, I really have all the packets of the remaining pencils available at school right now until our next supply order comes in.  If I left them in the Supply Room they'd be gone by now.  Better to have the dozen or so boxes where I can dole them out as need because we are known to have pencil hoarders in our school.

Seriously.  One year I ordered (I thought by accident) 800 dz. pencils.  That's a total of 9,600 pencils. They came in cases of 1,440 pencils and the 6+ cases couldn't all fit in the main Supply Room.  We had to put 3 cases (4,320 pencils) in the office closet.  Some of those were put aside for testing leaving 3,600 pencils.  Mid-year I was informed that we were running low on pencils in the Supply Room and found that there were only 29 dz. left (348 pencils) meaning 5,632 pencils were used by mid-year. Dividing that by 300 students that meant that on average each student had already used 18.84 pencils.  I have all these figures because I had to explain to my boss why we needed to order more pencils.  Feeling very Nancy Drew-like I titled my report "The Case of the Missing Pencils" and he got a kick out of that.

Some more playing around with SHARP pencils and markers. 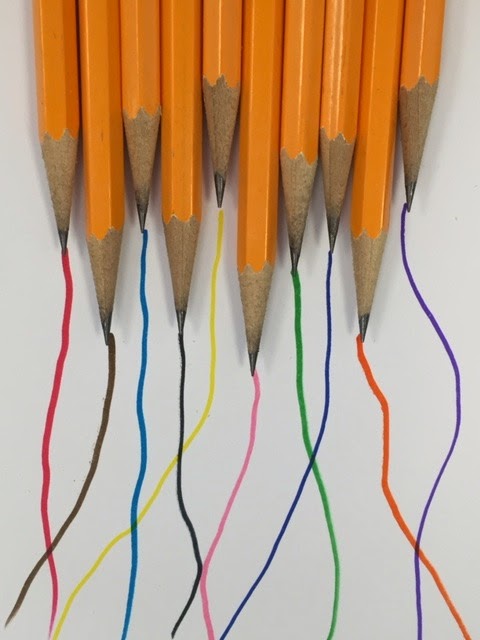 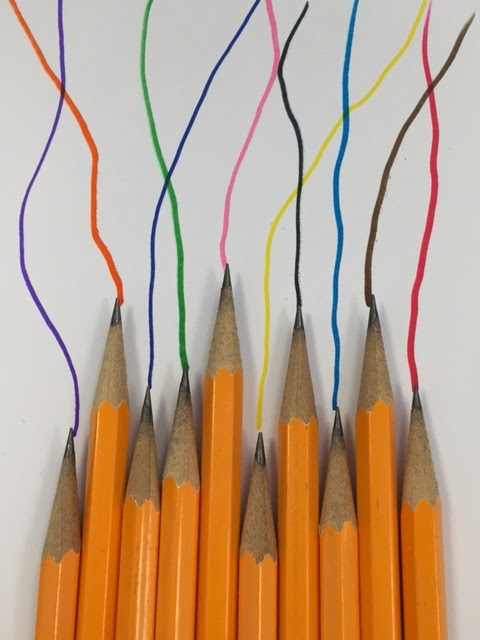 And here's the phone doodling referenced in the post title.  This was done at home while talking to a friend on the phone for, well I won't say how long, but I rolled all those flowers, doodled the post-it and folded the origami bird.  She was on speaker phone and had no idea of what I was up to. 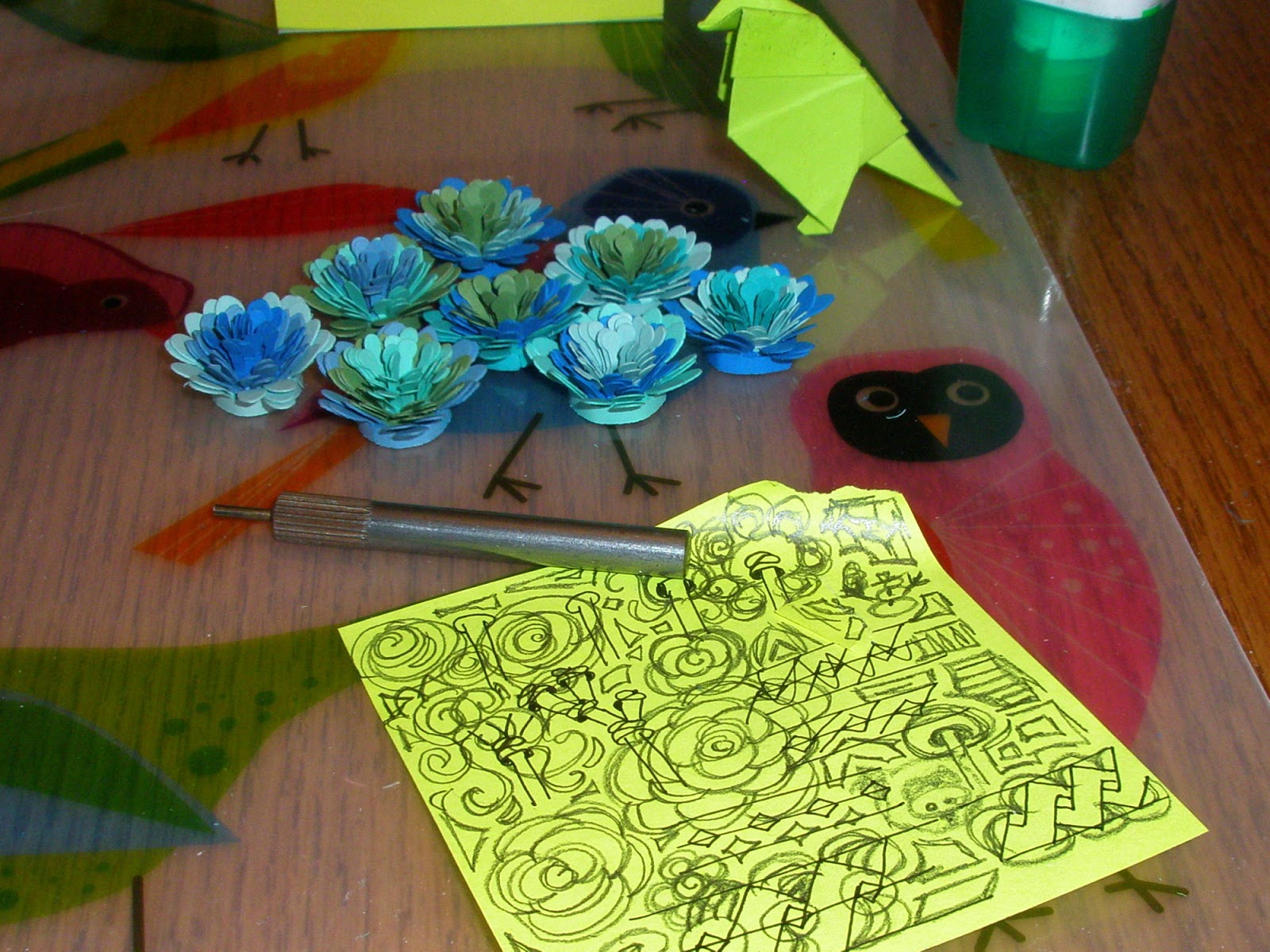 Now I have to plan what I'm going to do with those flowers! 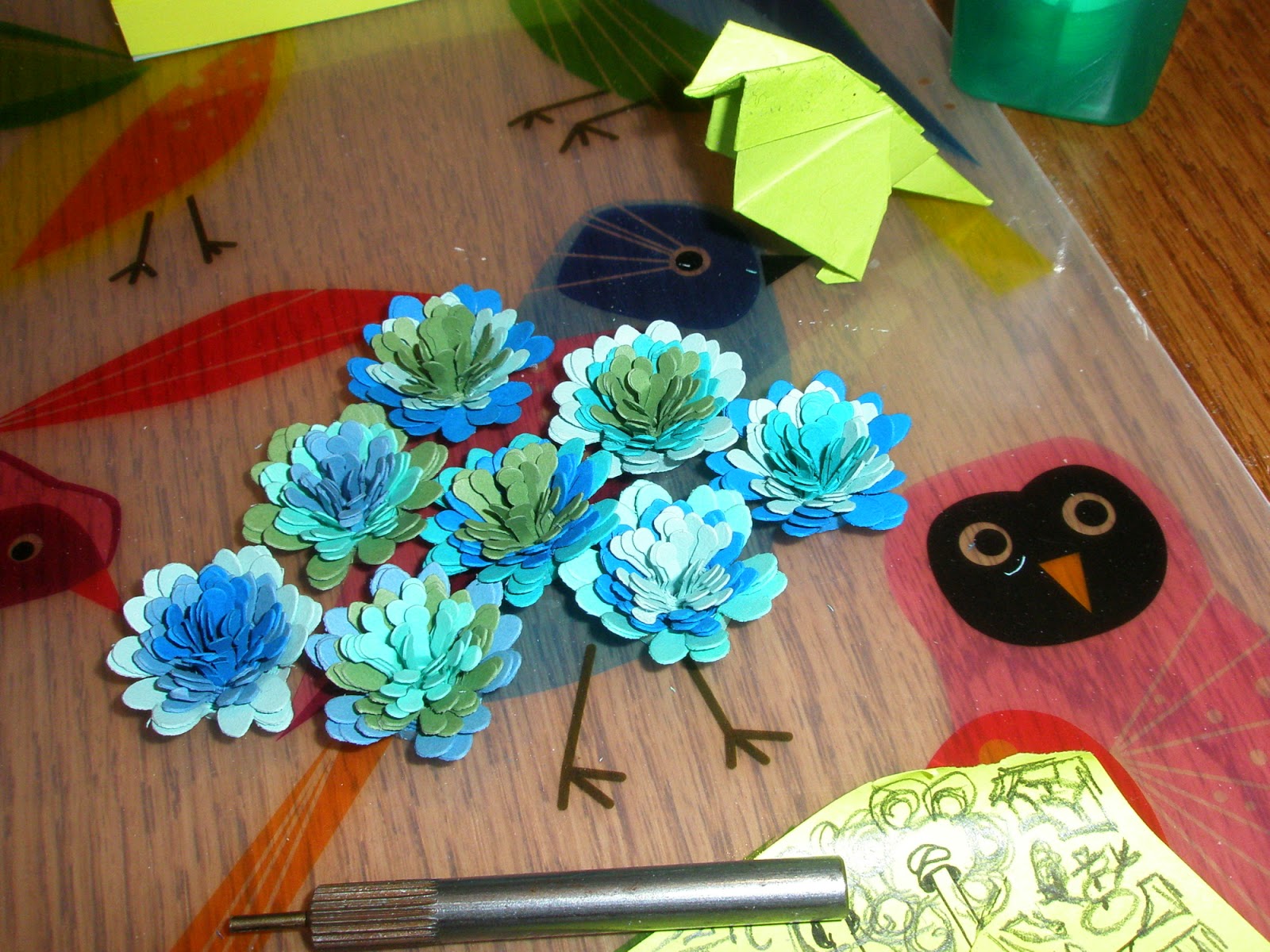