They're holding a Virtual Stamping Night Olympics over at Splitcoast this weekend and I thought I'd participate in a few of the events.
The first was a sketch challenge which I may get back to.
The second was to be inspired by the Hudson Bay sweater that is the official olympic sweater for the Vancouver Olympics. 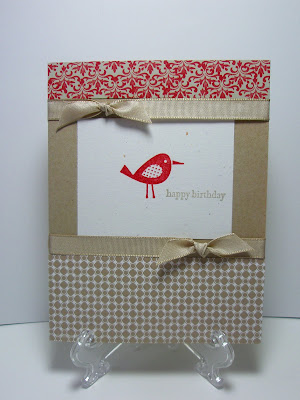 The next challenge would be right up HWNSNBP's alley as it refers to Curling - something he's now mentioning that he would be interested in learning (when pig's fly, I think!).  We were to use the Marble Technique.  For anyone unfamiliar with this technique, it involves a container, reinkers, and marbles.  You take a flat plastic container that has a lid and drop some ink into it.  Add some marbles, close the lid and roll them around in the ink.  Then open carefully, put your paper down on the bottom, close the lid and roll again.  You get a pretty cool background this way.  Here's my card....... 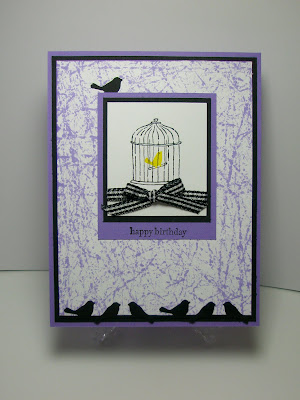 Challenge D was called Snow Blind and required a white card with a little color.  I've about had it with winter so I had virtual target practice with some paper snowballs...... 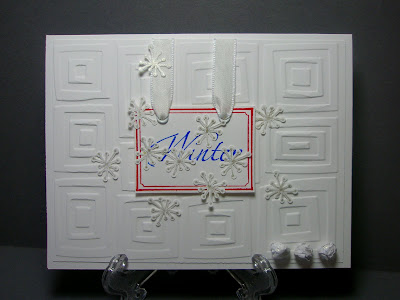 Up close you'll see the punched snowball splats that I tried to obliterate the word WINTER with and some paper snowballs in the lower corner. 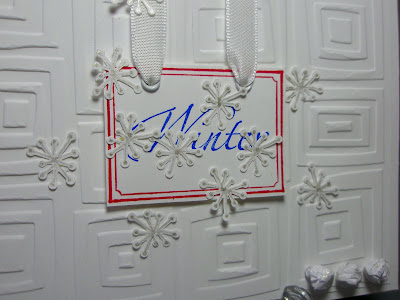 The last challenge for the evening yesterday was to use snow and sky as your inspiration - a blue and white theme.......... 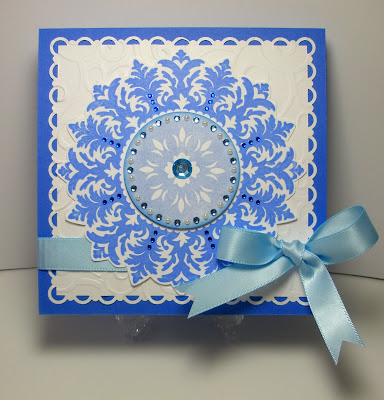 I'm thinking of sending this one to myself! 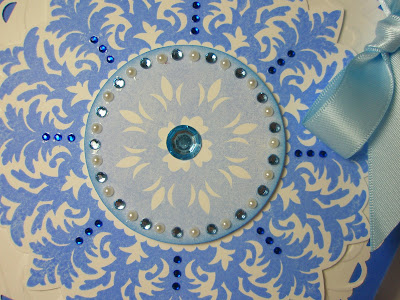 I'm off to see what else I can participate in today.  Let me know if you have any questions about any of the ingredients or how to's for these.
See you later!
Posted by Lorraine at 5:18 PM

Email ThisBlogThis!Share to TwitterShare to FacebookShare to Pinterest
Filed Under: VSN