Birds in the Snow

With snow forecasted for our area it was definitely a pajama day.  For me yes, but not the poor birds in the snow. 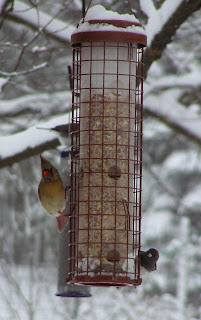 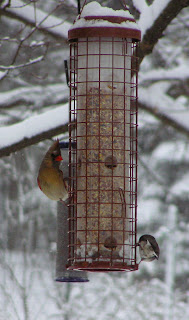 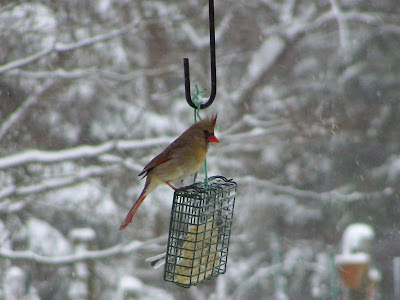 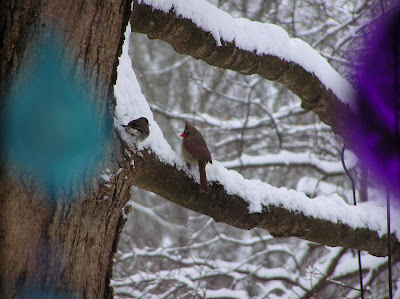 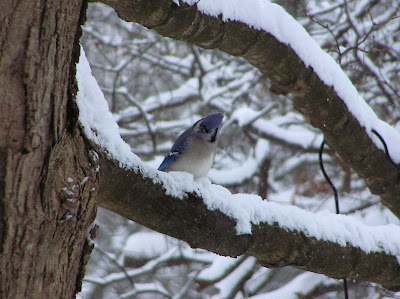 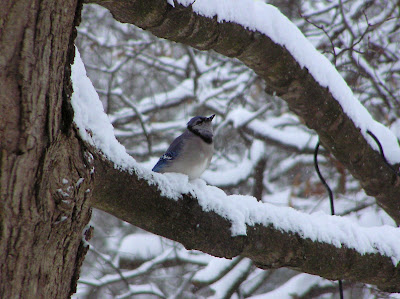 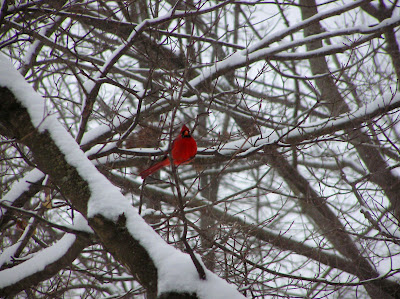 There were many Junco's around - you can see one of them with the Female Cardinal in several of the pictures above.  The Blue Jay came around after HWNSNBP threw out some bread, gobbled it up and took off.  The Male Cardinal always seems to know he's having his picture taken and moves around very quickly as if to say "catch me if you can!"

These were taken through the kitchen window while it was still snowing so they're a little gray.  Maybe tomorrow I'll have some brighter ones.
Posted by Lorraine at 12:05 AM