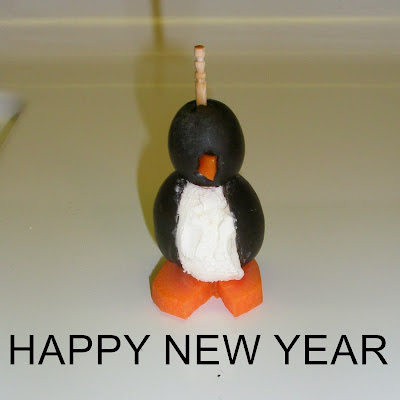 I'll be wrapping up 2013 over the next few days so let me start by sharing the little penguin appetizers that I made for Christmas Eve and New Year's Eve.  Found them on Pinterest and they're simply made with colossal and small pitted black olives, cream cheese, carrots and a toothpick.  Most people agreed that they were cute but I guess not many people care for black olives because I had quite a few left over.  I thought they were tasty! 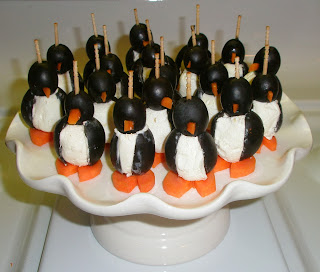 I simplified decorating this year leaving a lot of things in boxes and grouping some things differently.
I grouped together these glittered trees with the ceramic snowman and wire deer on a side table. 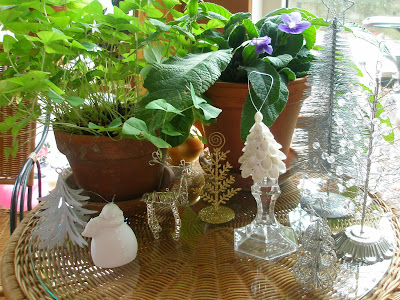 And put my little handpainted nativity on one of the plant shelves. 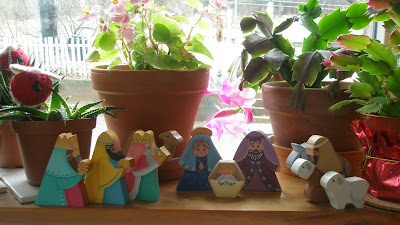 My little gumdrop ornaments found a home inside this candy dish that I put a glass dome over. 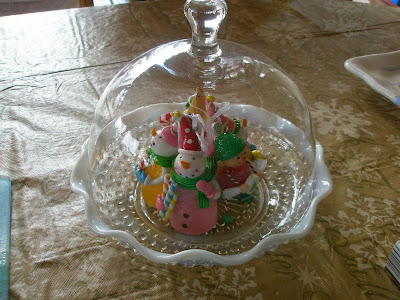 The other candy dish held two felted birds under another dome.  (The candy dishes had been gifted to me by my godmother several years ago and the domes were a rummage sale find for 25 cents each.) 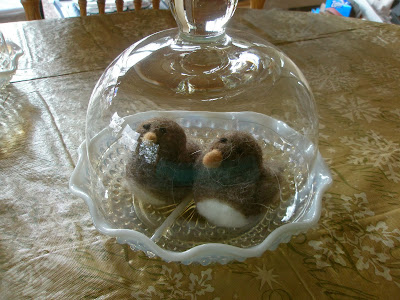 I've got another project to post but it's a gift I have yet to deliver so that will have to wait and I also want to wrap up my Zentangle book for the year.  I finished it!   Well, there are some strings that I didn't get to, but I have tangles done for all the other days right up to December 31.

As far as New Year's resolutions go, I just want to be happy more and that means spending more time doing the things that I like to do and also with family and friends.  I could say that I resolve to lose weight and get in shape, but that's a constant and I should work on that perpetually.   I have a new Zentangle book that will be a little different for this year, but I enjoyed doing that even though I played catch-up most of the last month or so.  I have a new toy, a Silhouette Cameo, that I will be learning how to use and hope to share my creations.  And we really have to finish up what we started here with our house projects which means sanding and painting the stairs, and purging, purging, purging.

It will be a busy year!

Wishing you the best!
Posted by Lorraine at 7:39 PM