Sunrise on the North Branch 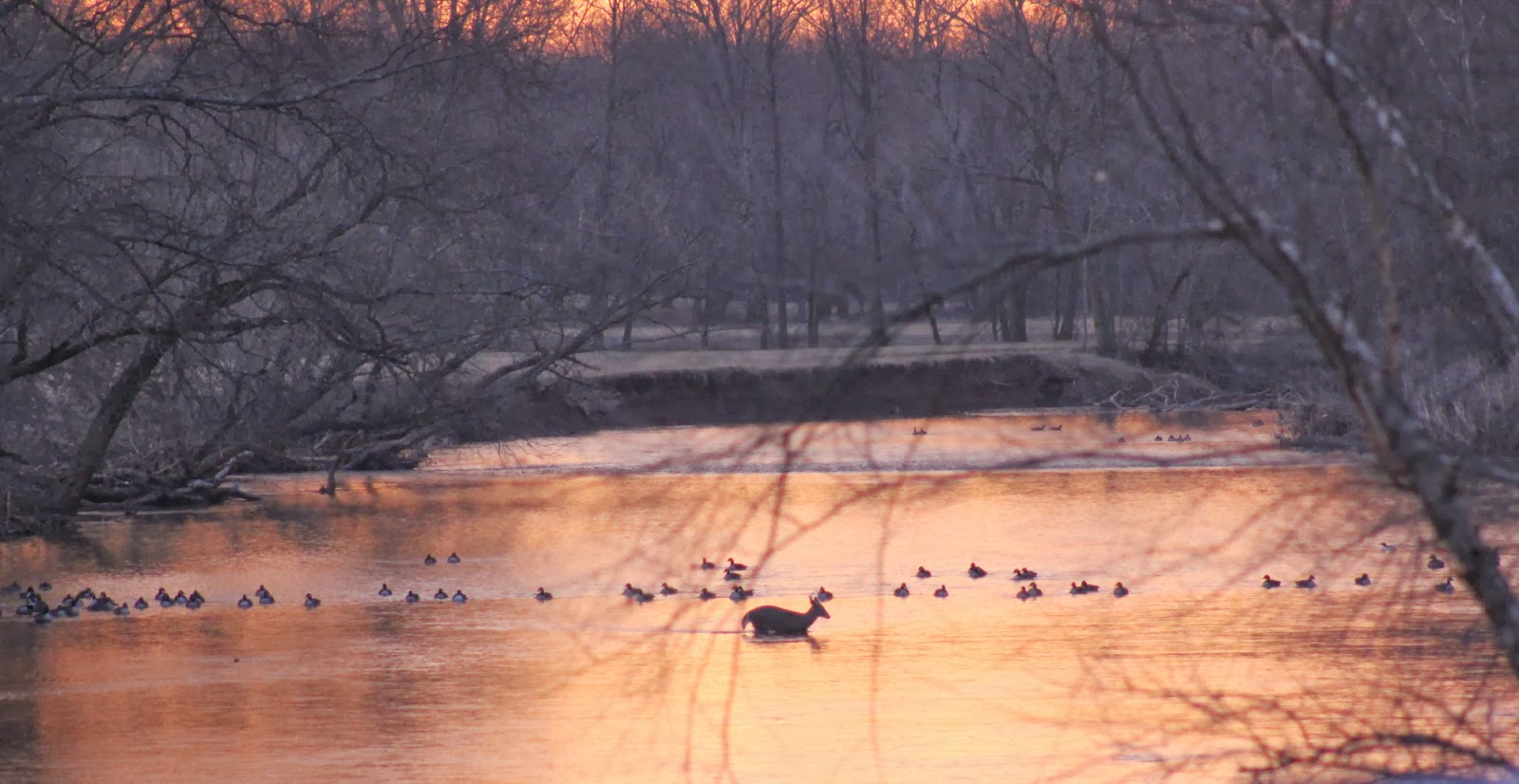 I have a quick view of the North Branch River on my way to work in the morning.  I never have enough time to stop and take a picture it seems.  This morning, MLK day off, the sun was taunting me through the bedroom blinds.  There was a pink hue and even though the saying goes "Red sky at morning, sailor's warning...." I thought it would be perfect to see what I could see with my camera on a day I didn't have to keep going.

Both of us still in pajamas, I told HWNSNBP to put on some pants and "Let's go!"  I just grabbed my coat, threw on a pair of sandals and told him I couldn't wait for him to  put socks on because the sun was rising too fast.  I didn't even think about it until I came home that I didn't take any identification with me - just me, the camera and the car. 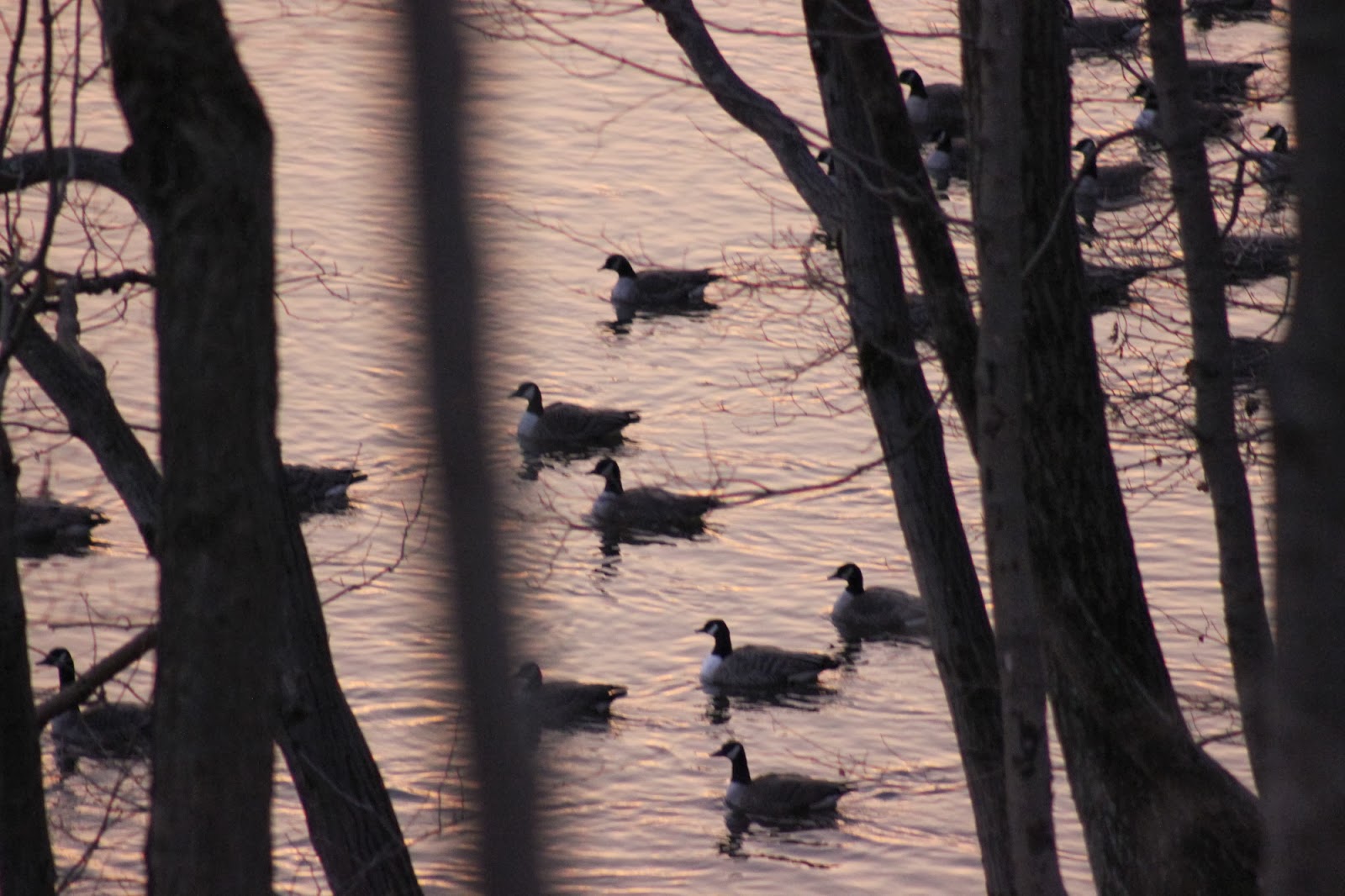 The first picture was taken from the car.  And had I waited for someone to put their socks on I would have missed the deer crossing the river.   I really think that if I had been going to work, I wouldn't have slowed down and probably wouldn't have noticed that deer.

I drove a little farther up the road to where there is a pull-off alongside the road and parked there.  The geese at the bottom of the hill were a little wary of my presence and almost immediately started swimming away from the side I was on.  There are lot's of geese on this river in the morning, many more than you can see in the picture.  The water is not currently frozen but will be later this week when they're saying the Polar Vortex will arrived here again and temps will be in the single digits.  On those mornings when there is ice, it almost looks like the geese are frozen into the river.  I will have to make an effort to leave a little earlier one of those days and hope that my camera works in that extreme cold.

While looking at all the geese I did notice that there was a bird that was much too white to be an ordinary Canadian goose. 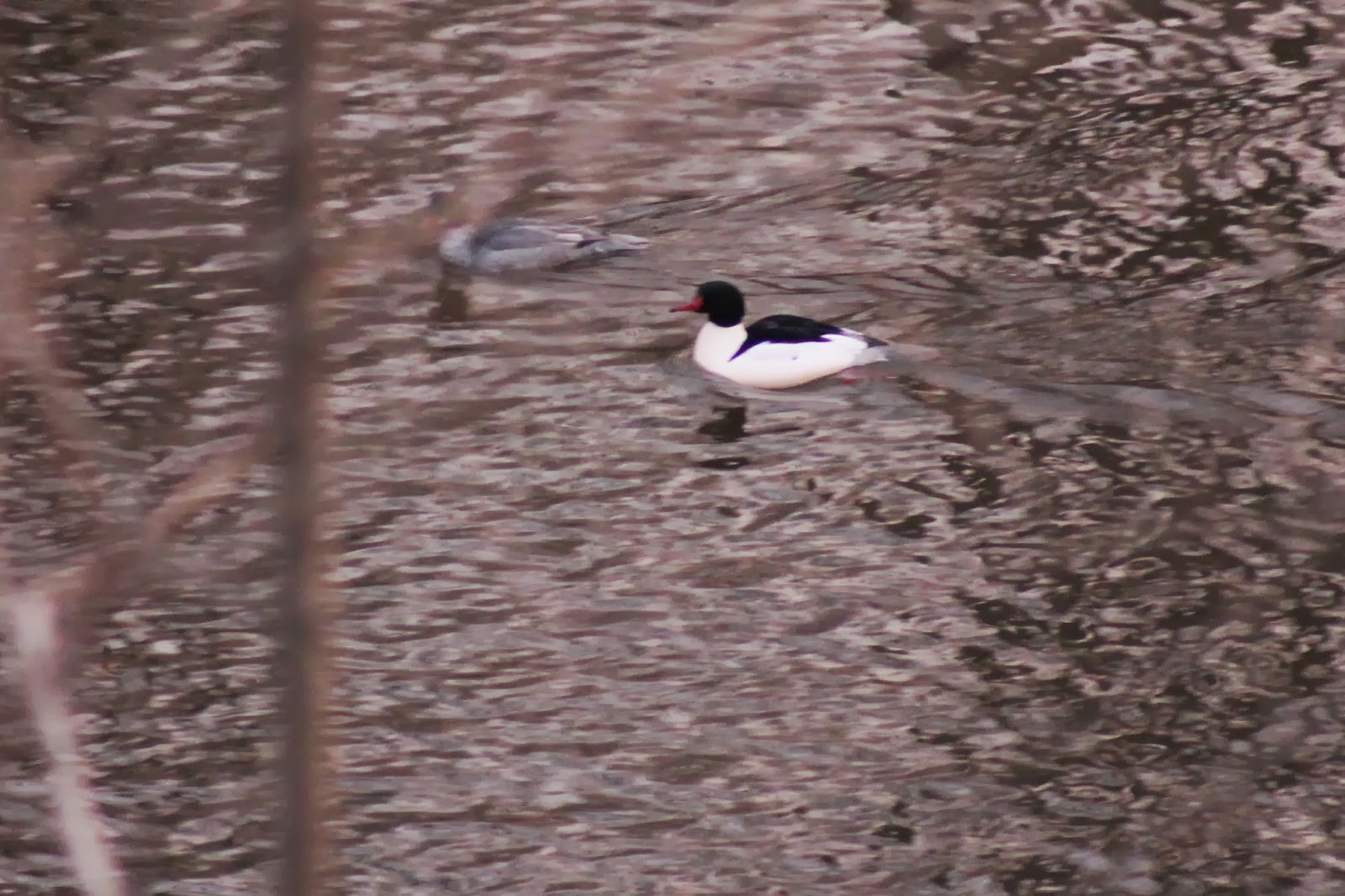 I didn't even realize until I pulled this picture up on the computer that there was another duck with this one.  I believe they are a pair of Common Mergansers.  I hope to see them again.

We have the day off so I hope to get into the stamp cave today if for no other reason than to straigten it out from the last whirlwind of card making.
Posted by Lorraine at 10:18 AM

Email ThisBlogThis!Share to TwitterShare to FacebookShare to Pinterest
Filed Under: Birds, Ramblings