A stunning sunset that I almost missed. 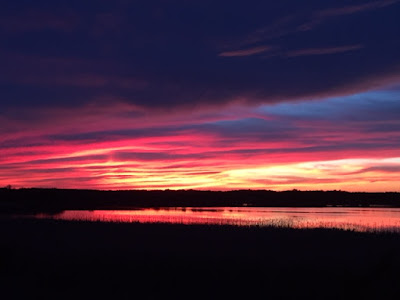 I was sitting out front listening to the concert across the street at the dock.  I had made a couple of trips to the back of the condo to check things out but it didn't look like much was going on so I resigned myself to just enjoy the music and some people watching. 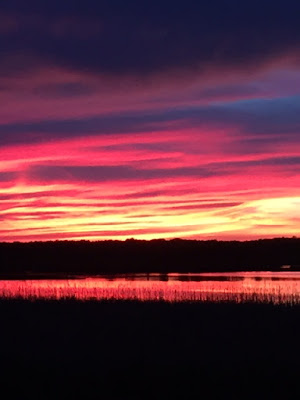 A little while later HWNSNBP came up and said to me "you know I'm color blind, but I think you might want to see this".

Oh how right he was!  The pink morphed into such an intense red as though the sky itself was on fire. 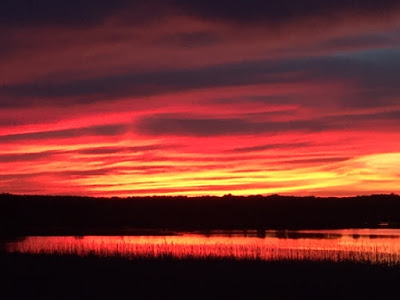 We spent July 4th wondering if the weather would hold out for the fireworks that were planned for that evening.  Late in the afternoon, with the threat of approaching storms, the start time of the fireworks was moved up so they actually started before complete darkness, however the stormy sky was dark enough a background to enjoy them. 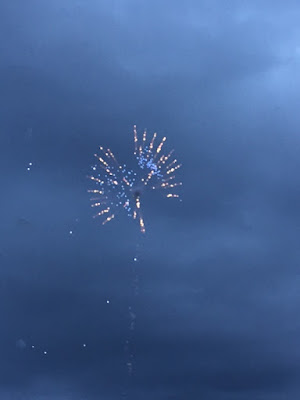 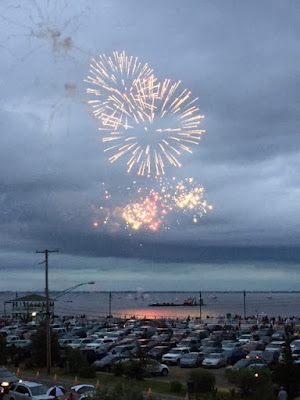 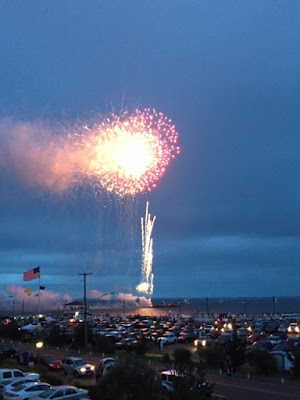 Many people left before the finale as it did begin to rain towards the end.

Watching through the window as the crowd left became a light show of a different kind. 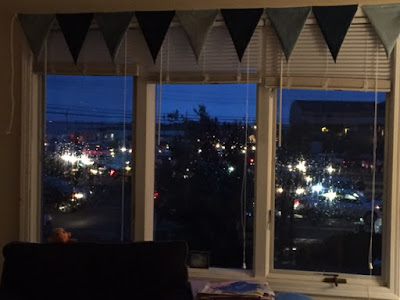 Especially when the rain intensified.  All those headlights causing the raindrops on the window to sparkle like stars. 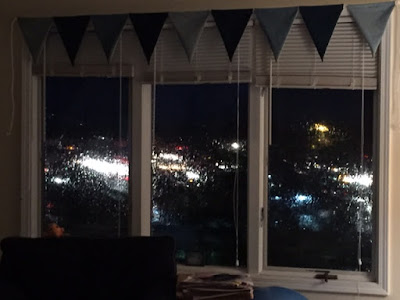 Speaking of stars, I've been meaning to share this picture of the origami stars, boxes, and cranes that my daughter shared with me.  She had a student this year that was very much into origami and would gift them to her. 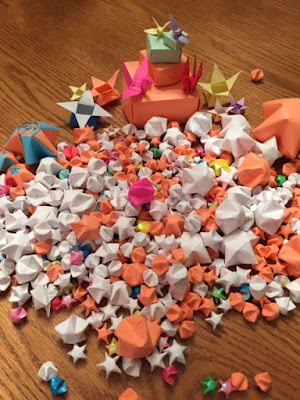 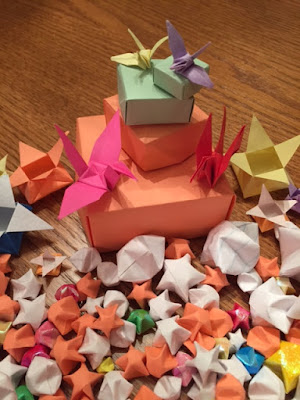 The theme of the week over at Our Beautiful World is Bits 'n' Pieces so I'm going to share these little bits and pieces of folded paper there.  Won't you join me in a trip around the world to see more bits and pieces?

Email ThisBlogThis!Share to TwitterShare to FacebookShare to Pinterest
Filed Under: holidays, Our Beautiful World, Ramblings in Photos