Greetings to all my "Pig Ladies".  Happy Flying Pig Day!  I know I usually send out a little something to you all but time got away from me in February.  I have determined that I'm a "tidsoptimist".  What's that you say?  A tidsoptimist is someone who is always late with or to something because they believe they have more time than they do.  Yup, that would be me.

Anyhoo, enough kvetching about that.  I did put together a few of these little pyramid pigs and sent some flying to Rachel in Delaware, and handed a few out.  I had plans for all of my friends scattered about the world, and you still may see something in the mail before the end of the month.  I'm going to give it my best.

But didn't they turn out cute? 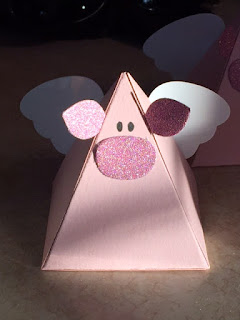 I had these little white bags that they fit into perfectly and just added a little message on the front. They were filled with M&M's and marshmallows.  The marshmallows were store-bought mini's and it was a mistake to put them in because within a few hours of stuffing the pigs, they were stale.  Oh well.  Another lesson learned.

If you follow me, you'll know the story behind the flying pigs.  If you don't, I recommend you do a search of my blog for my flying pig posts and you will see why they are so near and dear to my heart. 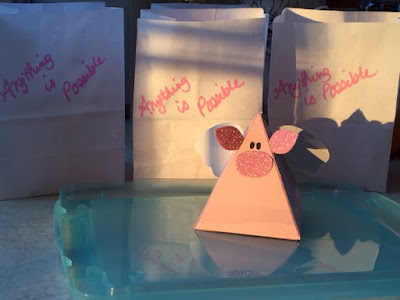 Last night, Leap Night, I was able to give two of my pigs to my two good friends who joined me at the Annual Hunterdon County Soup Cook-Off.  This was the third time we had attended this event and we always enjoy it.

I brought some little fish-shaped trays for us to use to collect our soup samples.  Three at a time proved to be manageable both handling wise and tasting wise.  They always give you a little program with the name of the restaurant at each station and the name of the soup they have made.

Here, starting at the top and going clockwise, are Cream of Mushroom, Broccoli Cheddar, and Tomato and Spinach Bisque which were the first three I tasted. 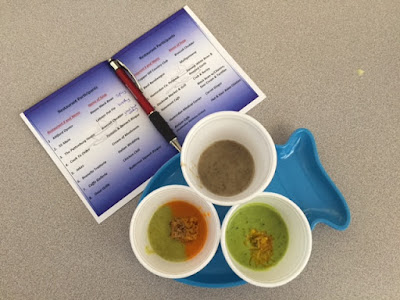 The last three I tasted were, again from the top, Hot & Sour Asian Chicken, Carrot Ginger, and Beer Cheddar (not on the program - they were a last minute entry). 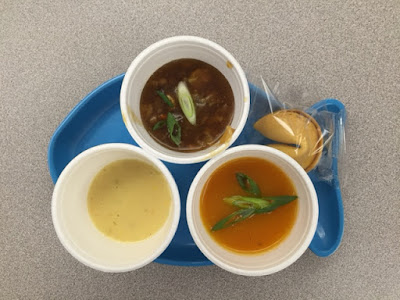 The soup that I voted for was Parsnip White Bean & Roasted Garlic which turned out to be the crowd favorite for the night.

I enjoyed almost all of the entries and it may look like a little taste, but after 15 "tastes" I was quite full.

And speaking of full, my February was full of some other "sweet" treats........

One family of some of our students made this candy arrangement for the office staff. 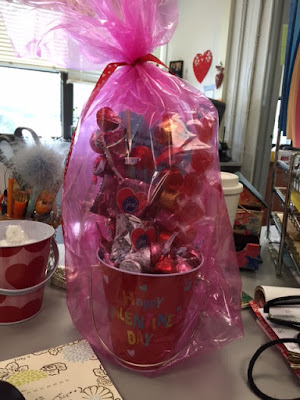 I thought it was pretty AND pretty clever to make kabobs out of those candies.  We each had a few pieces and then sent the rest home with our principal for his family. (Have I ever mentioned that he is the father of 8!?) 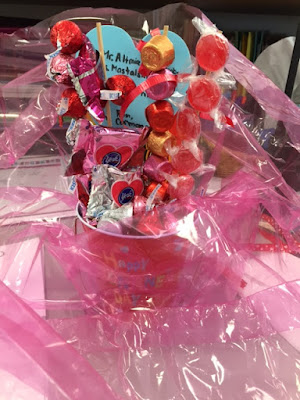 When Rachel came home for the baby shower, she brought the desserts for the shower as well as 2 black & white cookies for us to share.  (The desserts she brought were cannolis and chocolate dipped macaroons and they were delicious too!) 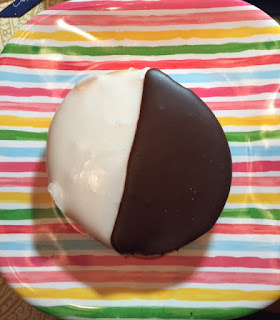 And one day, out of the blue, HWNSNBP brought home this cupcake and some chocolates from an event at work. ......... 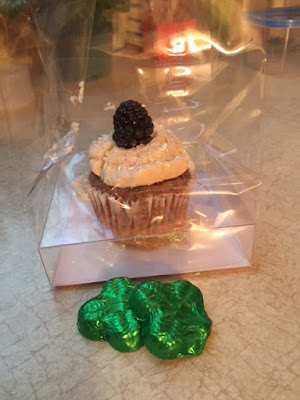 And from the grocery store, he picked up a the first bouquet of daffodils for the season which sadly didn't open, but it was sweet of him nonetheless. 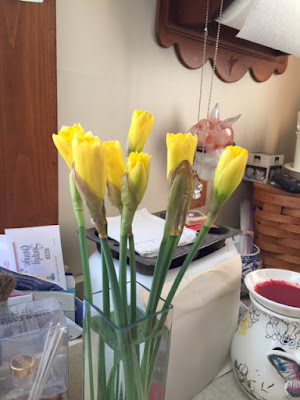 So, looking ahead for the month of March I have a lot planned and a lot up in the air.  I am going to try another photo challenge for the month, but I plan on posting once a week for that.  And since it's also National Craft Month, I would like to finish up some of my other craft projects that aren't card related.  I am going through my craft room and purging so it will be good to take care of some of the UFO's that I find.  I have my tangle calendar book to maintain and my "little journal" to fill.

Yes, it will be a busy month, but a creatively busy month I hope.

And just in case you would like to join along with the photo challenge, the prompts come from The Idea Room. 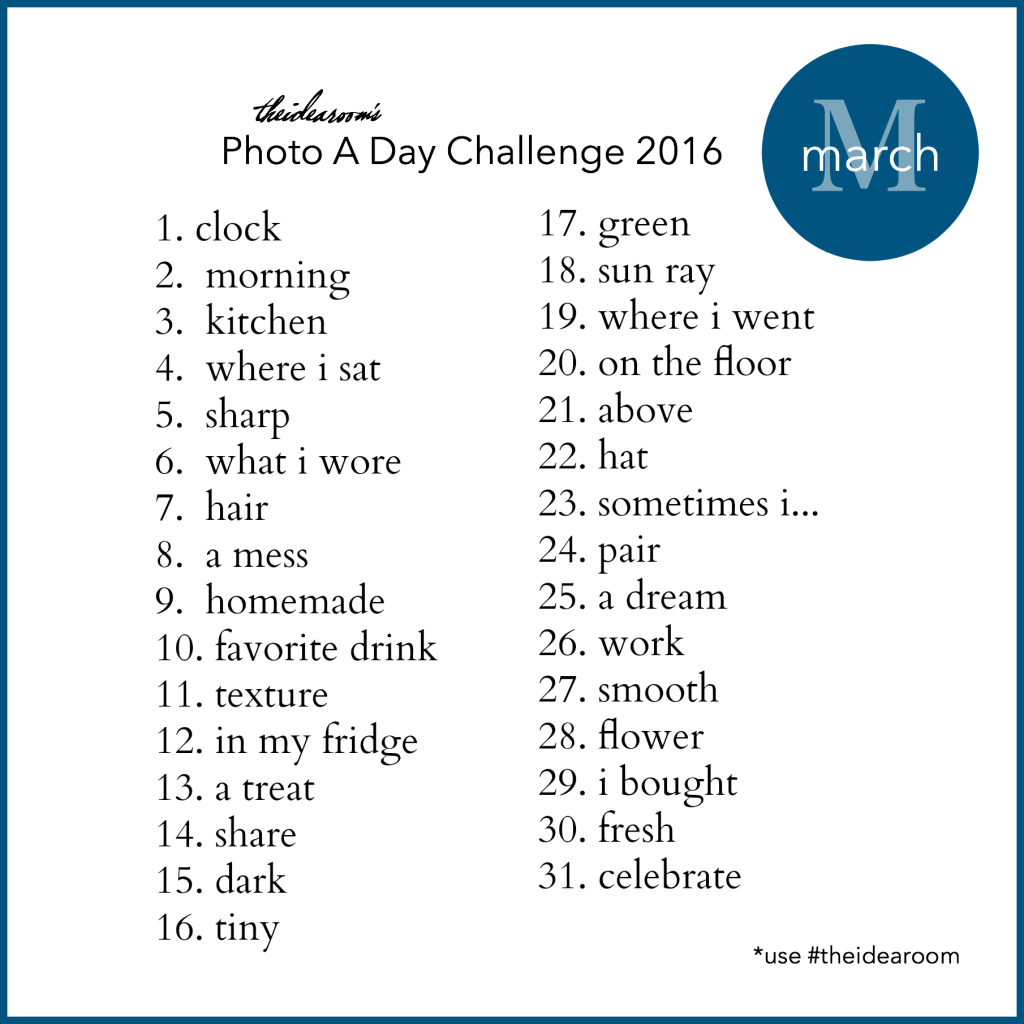