Oh No! First Pumpkin Spotted (and a Get Well Blossom) 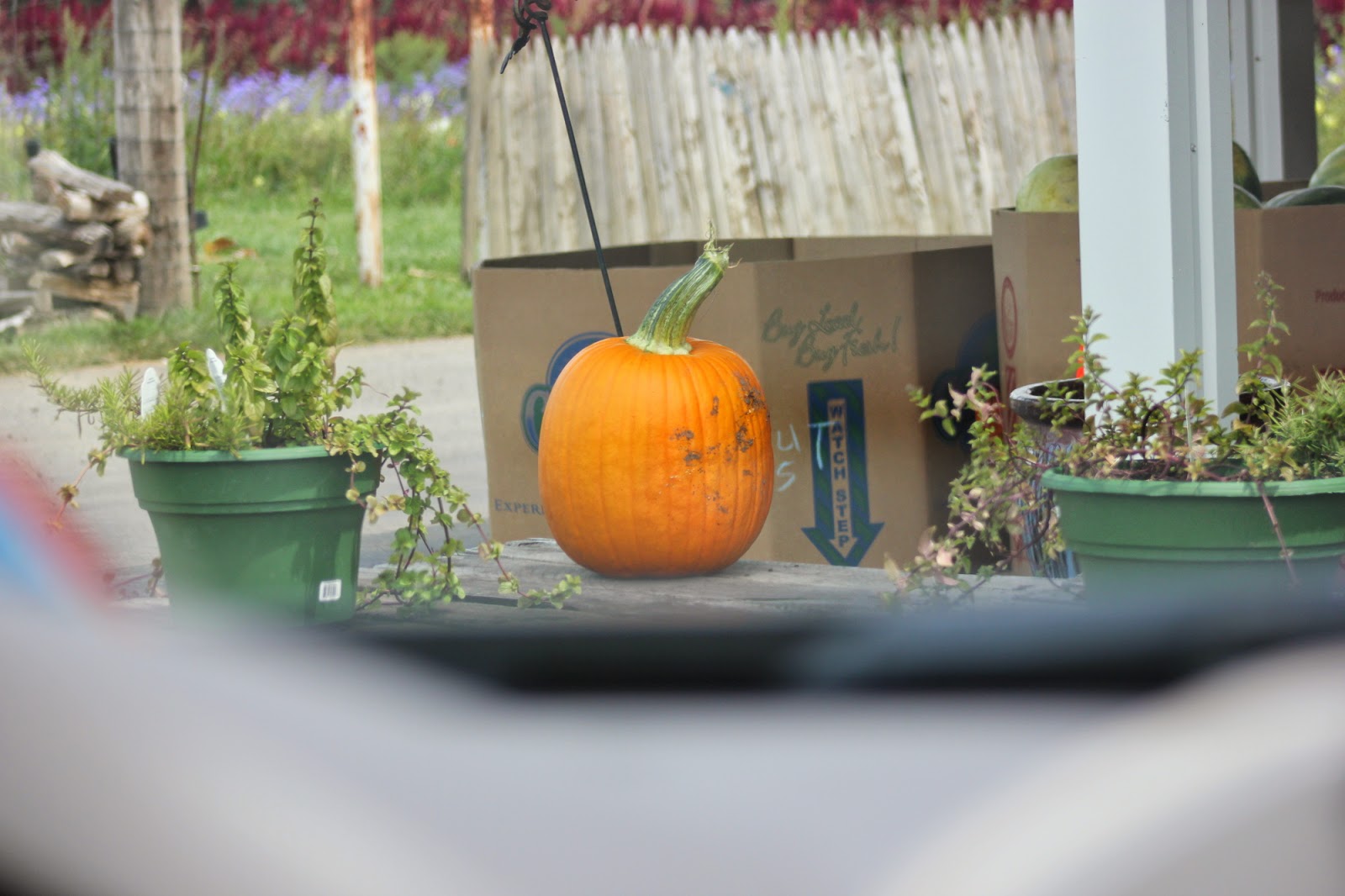 Pulling out of the driveway, I was so surprised to see so many leaves had starting falling and I felt just a tad bit sad today spotting this pumpkin as it means that summer is coming to a close rather quickly and I've missed so much of it.  Pretty big pumpkin though, don't you think?  But it was just sitting there all alone at the farm stand we stopped at to get corn and peaches.......which will hopefully be around for a few more weeks.

It reminded me of a card that I made for a co-worker recently who had some foot surgery.  She's recovering nicely and while she is, she is teaching herself to knit.  Last time I saw her she was concerned that she had a lot of dropped stitches but I told her that mistakes in art are just an opportunity for embellishment.  I can imagine her first scarf with pom-poms glued or stitched over those slipped stitch holes!  Wouldn't that be cute?  No one would ever know it wasn't meant to be. 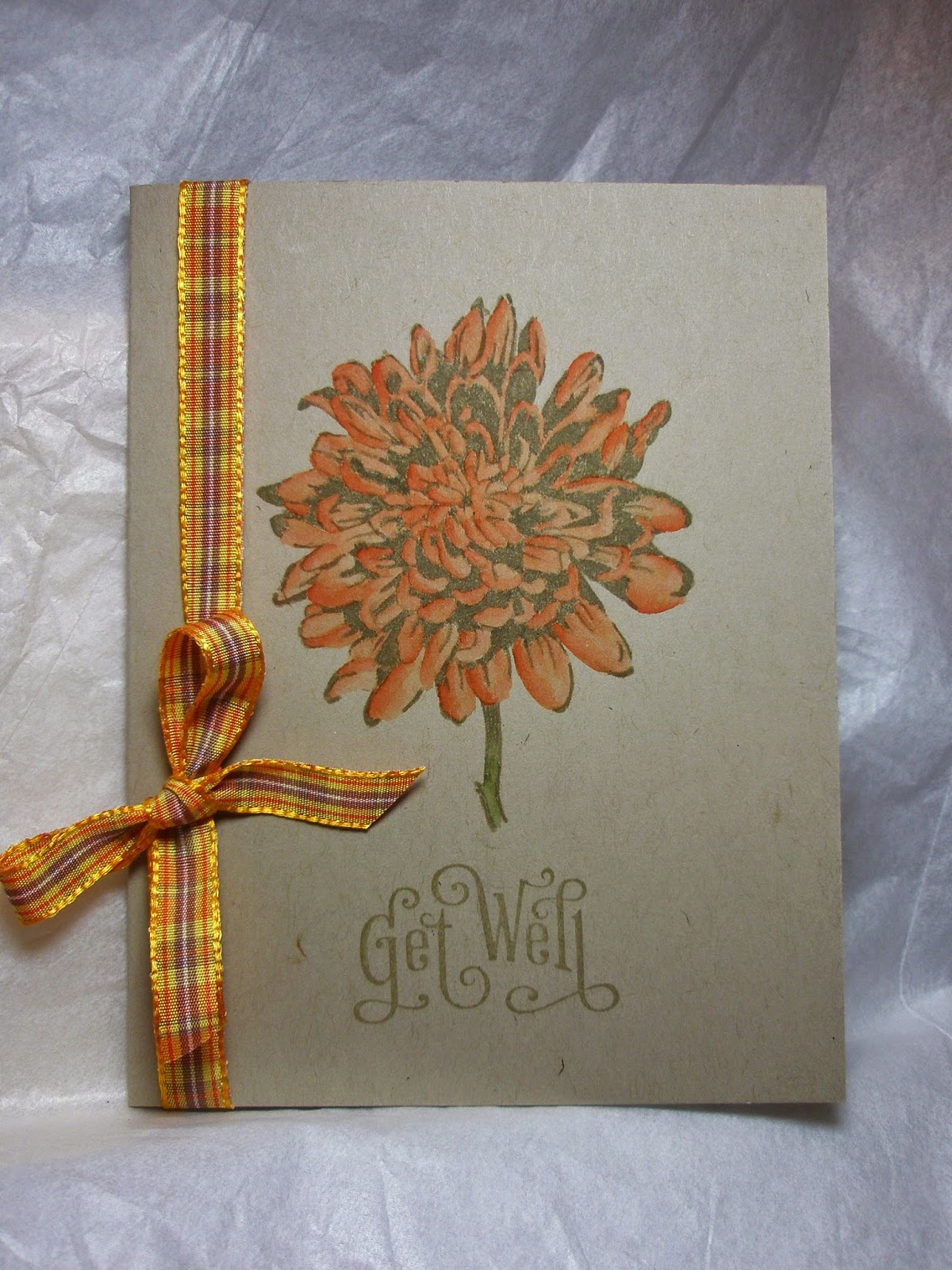 I stamped the flower in Crumb Cake ink onto Crumb Cake CS and used my aquapainter to add the color.  I found that I had to go back over the stamped Crumb Cake ink with a marker of the same color because it was just too faded looking.  And I threw on that ribbon at the last minute because it just needed a little more pop!

Okay, has anyone else seen any pumpkins yet?
Posted by Lorraine at 10:47 PM

Email ThisBlogThis!Share to TwitterShare to FacebookShare to Pinterest
Filed Under: Get Well Cards