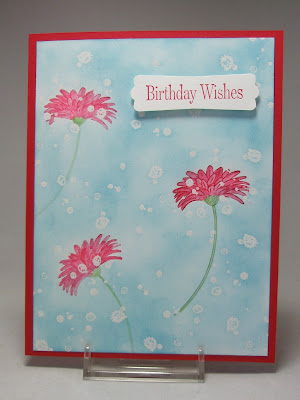 It's April and as I've mentioned before, the kids at school (and a lot of the adults) are done.  Even though there are just about two whole months of school to go, they're done.  They're done with working on their behavior and I don't know if it's a combination of inhaling pollen and ingesting jelly beans and chocolate, or some internal vernal clock that makes them screwier than usual, but the number of students "sent to the office for time out" increases dramatically at this particular time of year.

We had one fifth grade boy who was sent to grace us with his presence three times in one day last week.  He was being a wise guy in class and the teacher thought that sitting in the office for ten minutes would make him think twice the next time.  Or in this case, the next time, and the next time.

Upon his third arrival I mentioned to him that we had a name for those students who were regularly sent to the office for time outs and asked if he knew what it might be.  I was looking for "Frequent Flyers" but without hesitation he said "Yeah.  Juvenile Delinquents."

So I figured since we both (the secretary and I) laughed out loud at that one I would only set my timer for 8 minutes.

Well, this card took slightly longer than 10 minutes to create and it didn't quite turn out the way I had pictured it.  You see, I was intending to have those splotches look like rain drops and instead I'm thinking it looks like spilled milk.   I'd say snow, but they're definitely splotches and not flakes.

The floating flowers in red were stamped using SU's Reason to Smile set.  The splotches are from French Foliage, and the sentiment is from Occasional Quotes.

I actually stamped the splotches first in VersaMark and then embossed with clear EP on white paper, thus the reason they are white.  Had I stamped them and embossed last, they would have been clear and more water-like.  But we won't tell the recipient - she won't know the difference.

She likes the color red, so there you go.  Red flowers and a red card base and a little spilled milk.

Email ThisBlogThis!Share to TwitterShare to FacebookShare to Pinterest
Filed Under: Birthday Cards