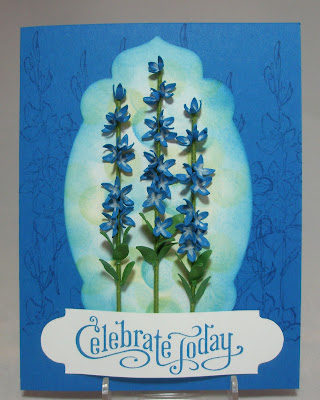 Here is the delphinium I mentioned in a previous post.  And below are the lilies.  I saw the technique challenge on Splitcoast yesterday - to use the Bokeh Effect.  I had been stuck as to what kind of background to use behind my flowers and figured I'd give it a chance.  Instead of using a solid stamp as suggested by the directions, I used my daubers.  I've always twirled them on my grid paper after I've used them and thought that I could blend a couple of colors together easily to get the effect.  Twirling the daubers gives you a circle, or hint of a circle and when the center is not completely filled with ink, it appears to look to me as a highlight.  Well, you be the judge. 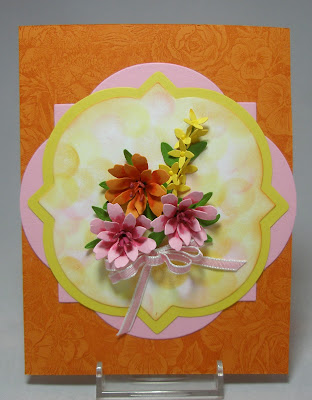 Have I fooled you into thinking that the background is the rest of the garden out of focus?  Here is a link as to what a photo looks like with the bokeh effect.

Now let me tell you how I created the delphiniums.  After running the die and Pacific Point paper through the Big Shot, I took the flowers and added a quick cross of white Prismacolor pencil in the center. 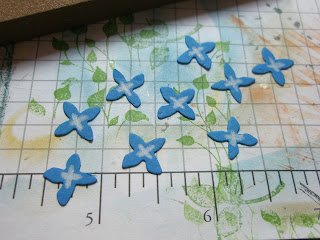 Then using the stylus in the flower kit (yes, I did splurge on the kit, but I've always said it pays to have the right tools) and the foam mat and 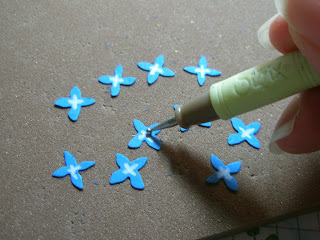 depressed the centers of the flowers. 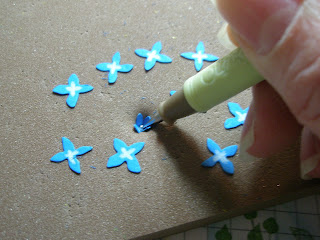 See what it looks like after just doing that. 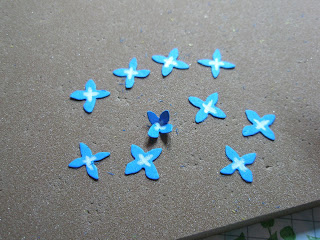 Then I took the flower and put it on the leaf mat (this is a thinner, hardcore mat covered in what appears to be a suede-like fabric) and again used the stylus but this time I ran it up and down the petals 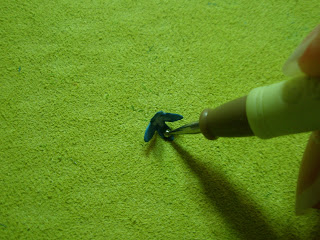 so they would curve gently. 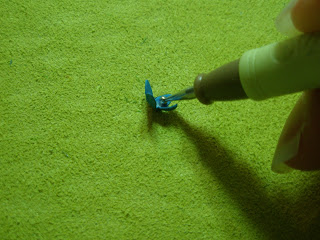 You see the flower before cupping and after. 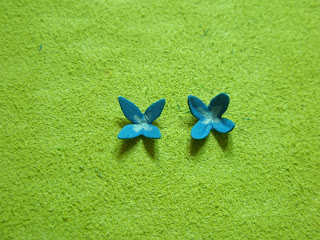 Once I had all the flowers prepared, it was just a matter of adding them to the stem.  I choose to use a green wrapped floral wire and starting at the top added flowers in groups of 1, 2, 3, and then 5 flowers leaving the stem to show through between each group.  Leaves were only added at the bottom of the stalk. 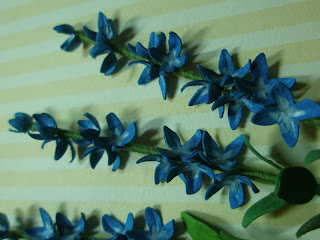 I have to check on what other flowers I can make with this die. It truly should not be pigeonholed as just a forsythia. 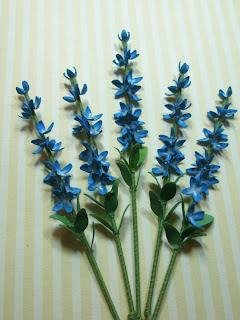 Email ThisBlogThis!Share to TwitterShare to FacebookShare to Pinterest
Filed Under: Flowers, TLC Challenges