Well, today is my son's birthday.  He's making me really feel old.  I actually addressed the envelope to Mr. this time and it felt kind of funny, but he is a Mr.   I've still got lots of paper left over from his wedding invitations so I thought I'd put it to some good use. 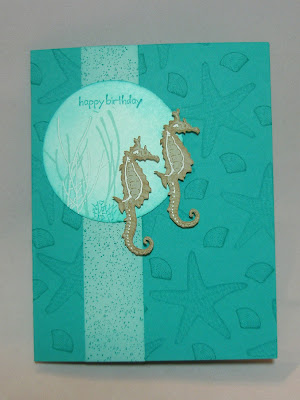 We managed a quick trip to the condo this weekend, thanks to the day off for President's Day yesterday.  (I'll post a picture of the project we completed with Rachel also over the weekend in Delaware later.)  It was wickedly windy on Sunday evening.  We normally have some movement inside since we're on pile-ons, but the ceiling fan was really swaying and the wind was really howling - still some on Monday morning.  But we were kind of determined to drive out to the lighthouse as there were reports of some harlequin ducks being seen in the inlet.

Alas, no harlequins, but we did see the following and I only managed a few shots because the wind was biting and we were the only nuts out there to begin with. 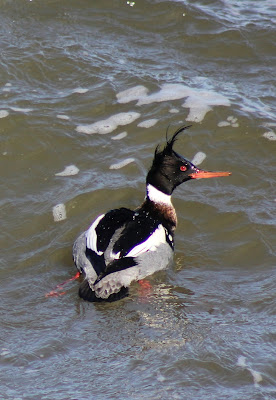 Red-Breasted Merganser top and on the left below. 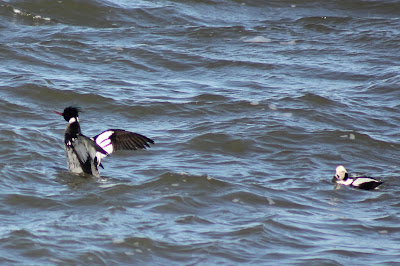 Long-Tailed Duck - male - on the right above and below. 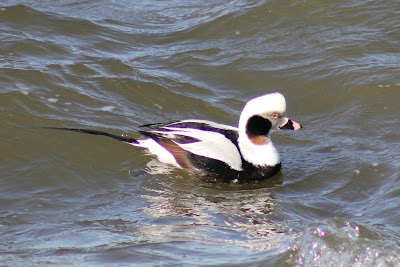 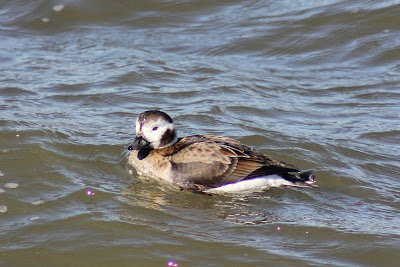 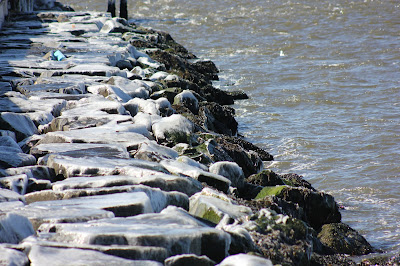 Email ThisBlogThis!Share to TwitterShare to FacebookShare to Pinterest
Filed Under: Birds, Birthday Cards