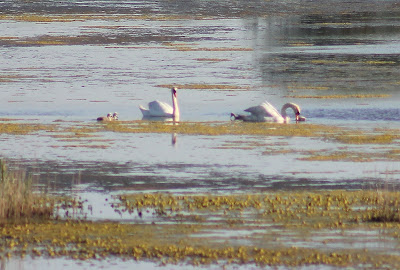 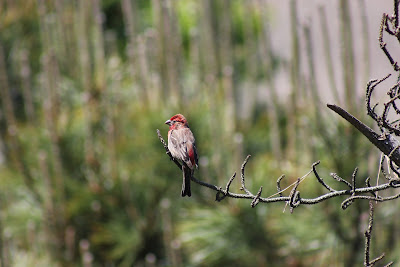 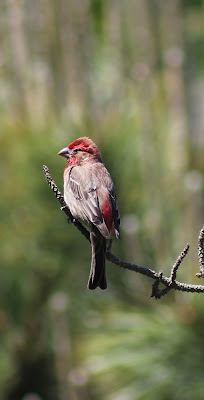 I wish I had had my camera with me upstairs later in the day.  This male was high in the top of an evergreen with 4 females trying to get his attention.  They were surrounding him two at a time and fluttering their wings against his body.  What a spectacle!  I've read that the females try to go after the males that have the brightes plumage.  Guess this guy was considered pretty hot! 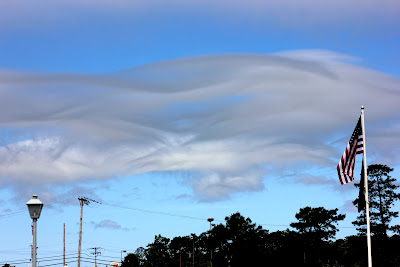 It was very windy on the way home and the clouds looked like they were rolling waves.  By the time we pulled over and I got out the camera, all that was left were these gray ones which if you use your imagination you might be able to see a pod of dolphins.

These next three pictures are the three varieties of peonies we have in the yard.  Don't ask me the names though.  Can you tell I like the pink ones?  You can see in the second picture that the are in a cage - most of our plantings are in cages or fenced in because we have such a deer problem.    Not very charming but necessary. 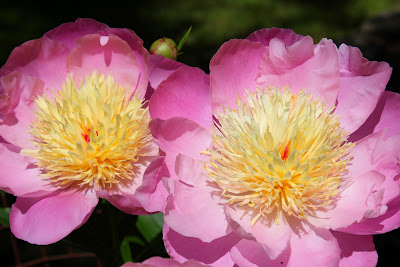 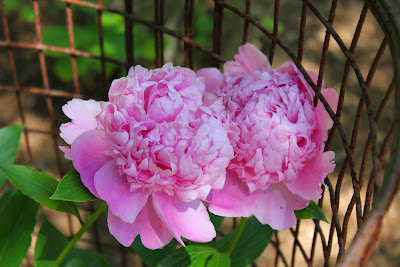 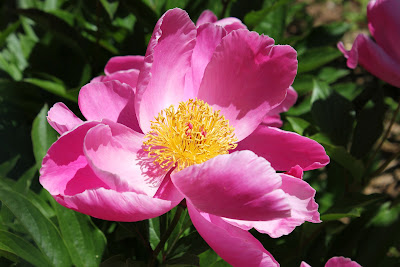 Creatively, I've been working on some zentangles but nothing ready to share yet.  I gessoed some more papier mache items in preparation for tangling them in the future.

It was a lovely weekend that started with a tea sponsored by the Barnegat Historical Society.  (I'll be posting pictures of that separately.)  Catching up with friends out to dinner was a lot of fun.  Hearing stories of our "youthful" days - some of them never heard before - made it a memorable evening.  The weather was beautiful but just a bit too windy for biking.

Hope you had an enjoyable weekend too.

Email ThisBlogThis!Share to TwitterShare to FacebookShare to Pinterest
Filed Under: Ramblings in Photos