Last weekend friends of ours celebrated their 35th wedding anniversary and since that anniversary is the coral or jade anniversary here is the card that I made for them. 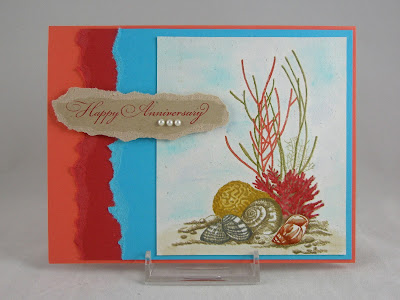 I stamped the image in Crumb Cake and used my markers and a blender pen to color the corals and the shells.  The hint of blue for water was swished on with my aquapainter and two shades of blue ink.  I hope they enjoyed their very special anniversary.

On Saturday, HWNSNBP and I stopped at a little flea market being held at a local nursing home.

I don't know exactly why, but I couldn't pass up this old metal roll dispenser.  I don't know if it was the subtle pink color or the fact that it was only 25 cents.  (Of course, HWNSNBP just shook his head !) 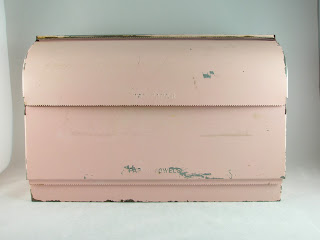 There's room for - and it's also in raised letters - wax paper, aluminum foil, and paper towels.  I need to think about whether I will refinish this or just clean it up and add to it, but it will go in the stamp castle to hold those exact things it is meant to hold and can be used for my crafting. 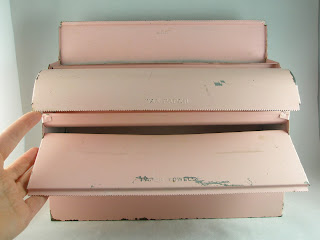 These pieces of jewelry were only a quarter for the pair of earrings and a quarter for the wood circle pin.  I photographed them with a quarter to get a size reference.  I will not be wearing the earrings.  I thought that they would make a great card embellishment (probably another color though), and the pin has possibilities. 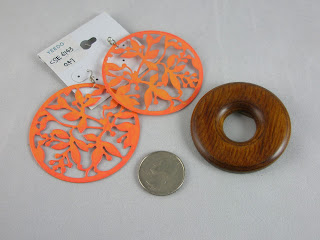 But for 75 cents and a nice stroll in the warm sun it was a fruitful stop.