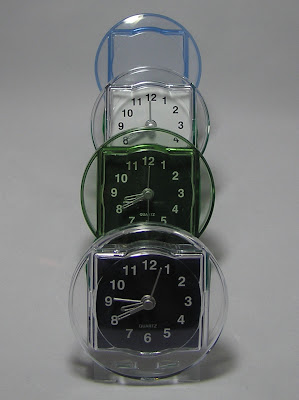 Perhaps it would be better worded - Don't Have Enough of...... and that would be TIME to do the things I want to do.
I know there are times when I put aside the things that I should be doing to do something that would be more enjoyable, but I find that I keep thinking of things to do and collecting things to use to do them and I'm beginning to wonder if I'll ever have time to do most of these things before I get buried alive.
When my sister died several years ago and we were going through her things we found tons of craft supplies including many needlepoint and cross stitch kits.  She had stained glass and beads and all sorts of stuff.  (She hadn't gotten into rubber stamping, otherwise I'm sure there would have been a boat load of those supplies too!)  I remember saying at that time that there weren't enough hours in the day to complete those kits, let alone use up those supplies.  We wound up donating most of it.
But it's not just the amount of supplies or abundance of ideas, it's also the lack of energy.  I yearn to be my creative self, but after completing the tasks of the day that have to be done I am sometimes wiped out to the point of needing to go to sleep.  I used to be more of a night person, much to HWNSNBP's dismay, but not so much any more.  I had balance there for a while and now I seem to have lost it - in more ways than one.
Anyway, enough whining.  I am going to finish this photo challenge for the month but I need to refresh a bit and get myself a little more organized so I can be my creative self again.
Posted by Lorraine at 10:24 PM

Email ThisBlogThis!Share to TwitterShare to FacebookShare to Pinterest
Filed Under: Photo Challenge 7-2011