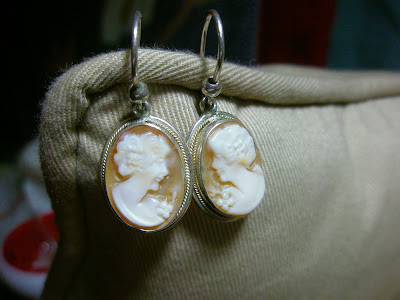 Today, December 23rd, is an anniversary for our family. Ten years ago today my dad died. He had developed an immune disorder after bypass surgery called ITP that came upon him rather suddenly. It all started with a bloody nose that wouldn't stop and tragically was dismissed by the doctors in the emergency room who packed his nose and sent him home. What they didn't realize was that he was bleeding elsewhere internally and by the time they did, the platelet transfusions didn't help. The loss of blood had caused stroke(s) and we were told that he would not recover. We had to make the agonizing decision to take him off life support and stood circled at his bedside as they turned the respirator off. He could not and would not ever be able to breathe on his own again, but his heart, because of the bypass surgery was strong and continued to beat for ten minutes. My mother, my sisters, my brothers and my husband all were there. My children, 17 and 15 at the time, chose not to be and part of me is very glad that they didn't stay. We left the hospital and travelled to my mom's house to begin making calls. Planning a funeral anytime is stressful, but planning a funeral this close to Christmas ..... well, what can I say other than it was difficult at best.

But somehow we managed to get everything set in place and to gather at our house for our Christmas Eve vigil. My father would have laughed to see how my daughter, a non-fish eater made $80 from her aunts and uncles that night for eating a piece of herring. I don't remember what gift we had bought for him, but I can assure you that there was a bucket of chocolate chip cookies with his name on it. You see, his usual response to "what do you want for Christmas?" was always "a bushel basket of $100 bills, but I'll settle for a bucket of chocolate chips!" And that's what he would get (bypass or no bypass).

There were good moments and bad moments that night but the most touching moment came when my mother handed my sisters and me a small wrapped box. She asked us to open the boxes together and when we did, there was a pair of cameo earrings for each of us. She told us that "daddy picked those out for you."

I don't recall any other time that my father had "picked out" a gift for us. I know that he would "pick up" what my mother told him to if he were shopping, but I cannot honestly say that he would have made any specific choice. During his recuperation from surgery he spent a lot of time watching TV and he loved watching QVC. It was during one of their jewelry programs that he spotted the earrings and he told my mother that he wanted to get the earrings for us for Christmas. And that is why I call them the Christmas earrings.

Ten years have gone by and I still miss him. Merry Christmas dad, and thank you for the earrings. They're beautiful and I will cherish them forever.
Posted by Lorraine at 10:05 PM