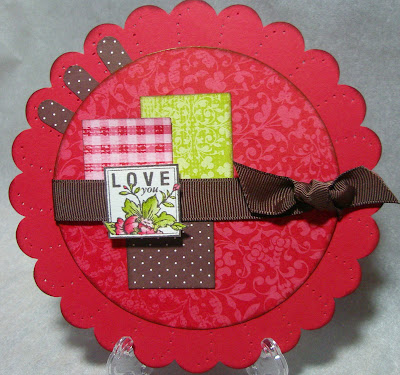 HWNSNBP and I celebrated our 31st Anniversary this week. I wanted to make something simple, and I don't think you can get any simpler than using the Carousel Notes. I tried to stay away from too much floral, but I thought that the card itself resembled a large flower like some of the flowers that HWNSNBP likes to grow in the garden. We have flowers with large blooms like dahlias, gerbera daisies, zinnias, and the occasional sunflower.
Here is a closeup of the watercolored image. I was really ticked at myself, not because I forgot our anniversary, but because I waited until the day of to make the card and thought that I would have enough time to get it done before he came home from work. Since I wound up working later than I should have, he didn't get the card until after we came home from dinner. 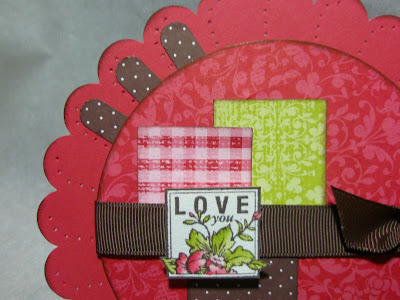 He doesn't like me talking about him on my blog, but I have to say that he is a great guy and I am a very lucky lady. Happy Anniversary Dear.
Posted by Lorraine at 12:55 AM

Email ThisBlogThis!Share to TwitterShare to FacebookShare to Pinterest
Filed Under: Anniversary Cards