This was the last Saturday in October.  With the sun rising nearer to my rising time and with the positioning of it at this time of the year I was compelled to walk across the street to the dock to capture it both with my phone and my Canon. 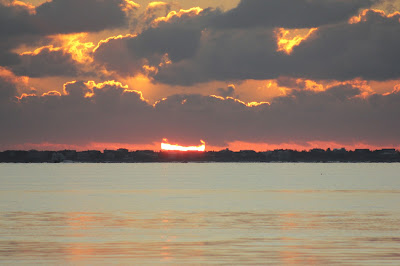 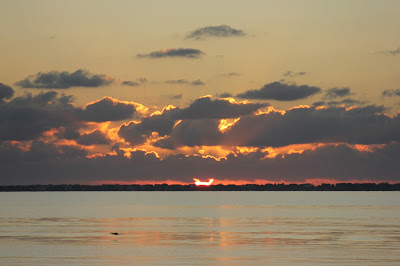 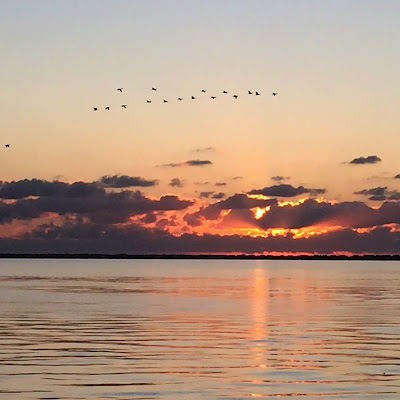 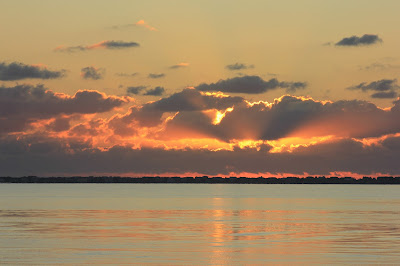 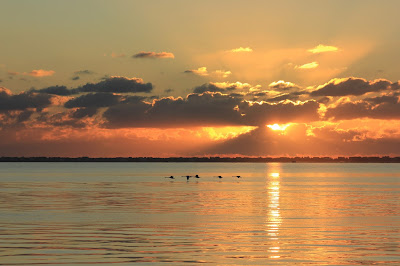 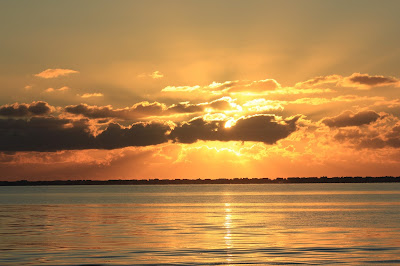 Later that day we took a ride further south to Great Bay Boulevard in Tuckerton and snuck through the little path to the shoreline there to do a little exploring and rock collecting. 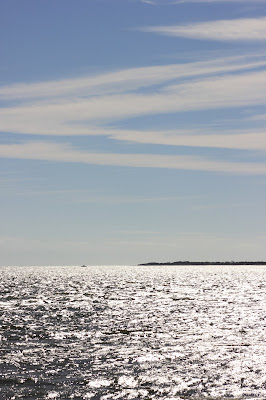 We stopped several times on the road back to watch the birds. 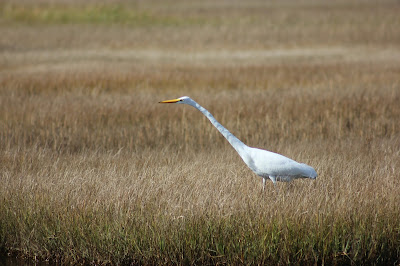 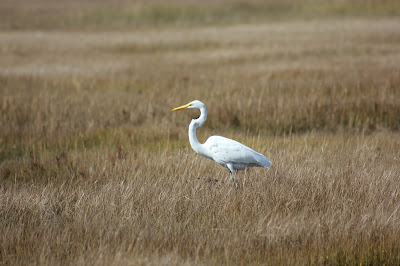 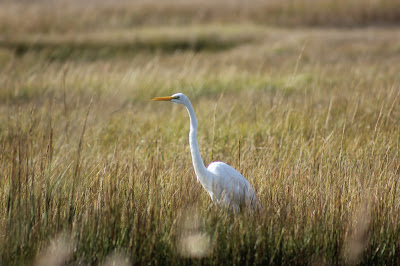 That evening there was a drive-in movie across the street in the lot at the public dock.  They were showing "Hocus Pocus" and I figured since he would be watching college football I could enjoy the movie.  The way the blow-up screen was situated didn't make it possible for me to see from the condo, so HWNSNBP took the car over early and parked it there one hour before the movie was supposed to start.  He was not alone - he had to park in the second row by then, but that was great.

I walked over at around show time and made myself comfortable in the car.  It was a little bit windy and the screen was blowing around a bit but that settled down.  It was a little too cool though to keep the windows open but they made an announcement to turn your car radio to a certain channel to hear the audio portion.  Which I did.  The wrong way apparently, because after enjoying the movie I could not start the car.  I had totally drained the battery!

It was 9:30 and my husband turns in early but I could see through our front door that he was still up and made the dreaded call to tell him that I couldn't get the car started.  Needless to say, this was not the most pleasant end to a day that was, up to that point, very enjoyable.  He was tired and not happy and I won't go into the nitty-gritty but thank goodness we have AAA.   The car did start on Sunday morning but we kept it running at every stop we made on the way home except for the short visit we made to our son's house figuring he could help us if it didn't start again, but it did.
Posted by Lorraine at 9:34 AM