Our first "winter" snow.  We had a snowstorm in October - still the fall.  This time the trees were ready for it.  And so were the bird feeders.  These were taken through the kitchen window while it was still snowing so they may appear a little gray.
This woodpecker had the responsibility of dropping some of that suet cake as he was picking at it for the birds that were waiting underneath. 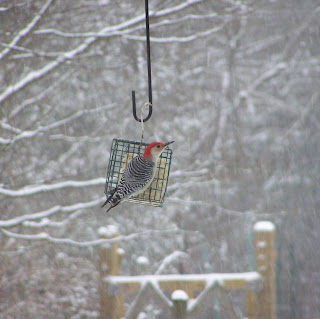 Then he heard something that made him fly off. 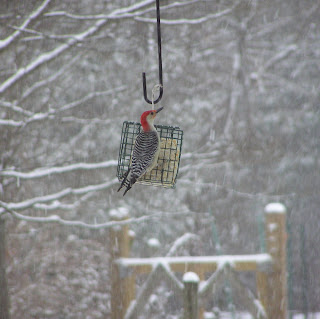 It was the Blue Jay come to take his share. 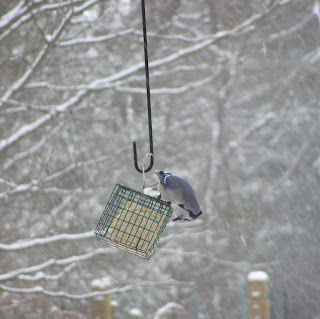 While the cardinal not-so-patiently waited in the tree for his turn. 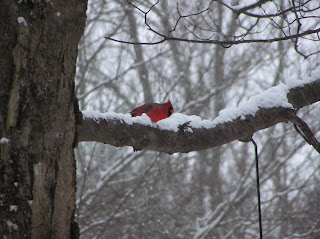 Oh, but he wouldn't be alone.  A junco came to take his turn. 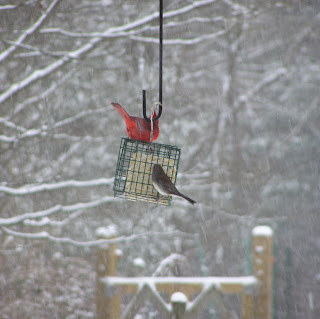 Enough, said the cardinal and off the junco flew. 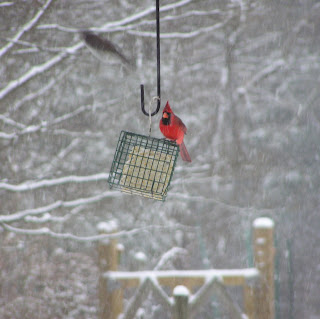 Just as well.  Look who also came looking for some seed. 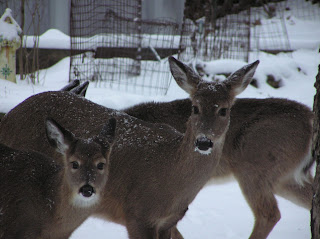 Can you find 7 deer?  From the window I actually counted 14 in the yard, but there are seven visible in this picture if you look very closely. 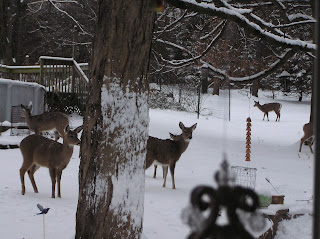