This week seemed to be a little more abstract.

22/61 - Sky
HWNSNBP had come in at dusk and remarked about the number of lightning bugs, aka fireflies, that were out and so I stepped out and tried to take a picture of them but was unsuccessful.  This is sky through the trees with lightning bug trails. 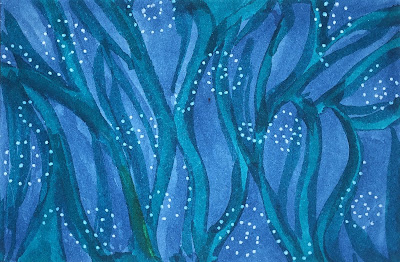 23/61 - Castle
Every castle has turrets and a sand castle should probably have turret shells. 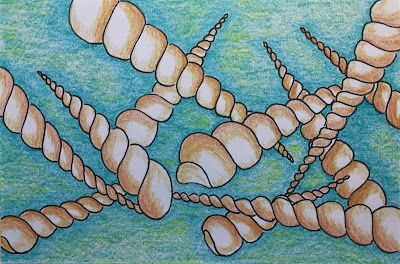 24/61 - Jetsons
So I decided to do a 3-D of Rosie the robot maid the Jetsons had.  I used scraps of card stock and a couple of daisy die cuts for her hat, collar, and apron.  She is stapled to the index card. 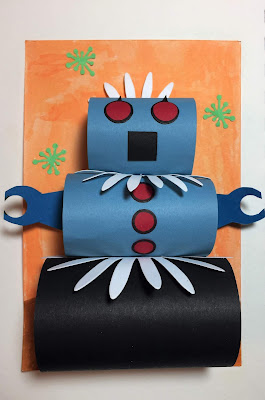 25/61 - Tangerine
A very abstract interpretation of the segments of a tangerine. 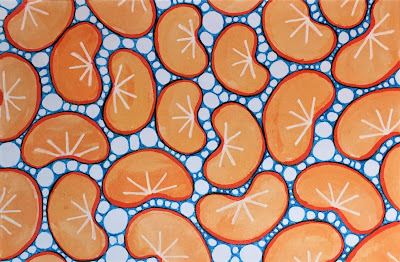 26/61 - Meerkat (Not)
So I thought I'd use that gem shape again (or the card that I had started with it) to make into meerkat faces and that was just not turning out.  So I opted to make them into colorful pods instead. 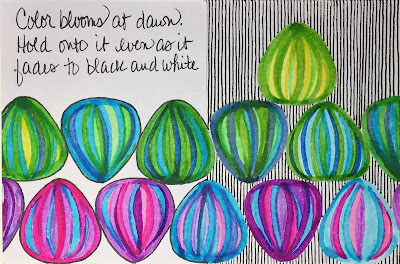 27/61 - Magic Carpet
This card is completely covered with woven washi tape.  I worked on a teflon mat which made it easy to set and lift the washi tape as I wove it. 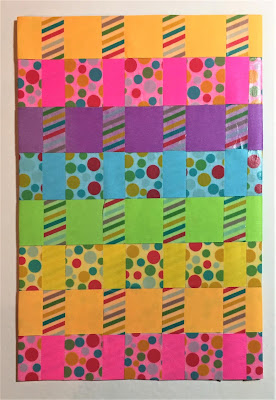 28/61 - Garden
We don't have any lupines in our garden but we have had a comeback of the daylilies that the deer have decimated in the past. 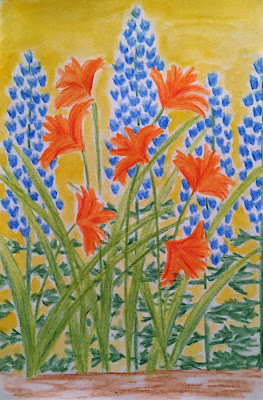 Email ThisBlogThis!Share to TwitterShare to FacebookShare to Pinterest
Filed Under: ICAD 2018