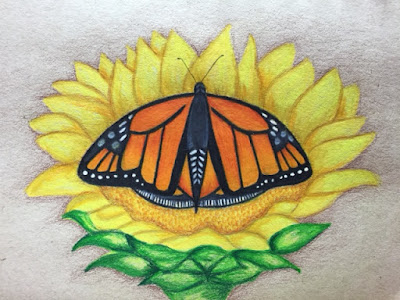 Inspired by a photo posted by the Sunflower Maze we visited last month. Someone was lucky enough to catch a migrating Monarch butterfly smack dab on the center of a giant sunflower.  Drawn and colored with my new Luminance colored pencils.  My poor lighting picked up all the texture of the paper.  IRL it looks much better.

I can't believe that September is already behind us.  It was a busy month for me in almost every way except creatively.  My mojo has been on vacation I fear. I'm having a difficult time dealing with what might be called a professional cyber shaming which has affected my focus and I need to pull myself out of this funk that's blanketed me the past couple of weeks. I read somewhere recently that it's none of our business what other people think of us, but it sure is hard to ignore it when they put their thoughts into writing and you see it and you know others have seen it.  And the silence of some of those others, the one's closest to you, is just as devastating.  And then there's finding out about that one person who feels the need to share what they've seen with those who haven't. Not to worry, this has nothing to do with my blog, and I've done nothing morally wrong to be ashamed of.  I just never in my life ever expected to have a public job evaluation (with both negative and positive input) that I didn't ask for and that I can't rebut.  I really need to refocus on more pleasant and pleasing things.

It's going to be a rainy weekend here and we won't be traveling as we have every weekend since June, so I plan to get to some new crafting supplies that have entered the realm of the stamp cave. Hopefully, that will get me going again.  And there's a personal photo challenge involving some local sights that we've been saving for the fall, so if the sun does come out on Sunday we might start that. 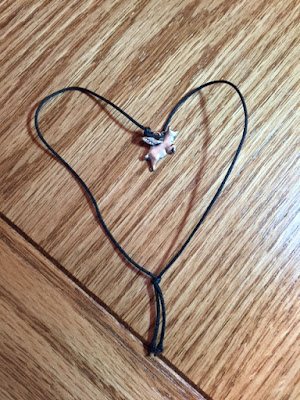 I did manage to put together a sympathy card that HWNSNBP needed for a co-worker.  I tried the camouflage technique on the vanilla panel.  Not exactly what I had hoped for, probably because I was working from memory of something I read a while back rather than following explicit directions, but it didn't come out bad enough not to be able to use it.  He included a very touching note to his colleague's wife. 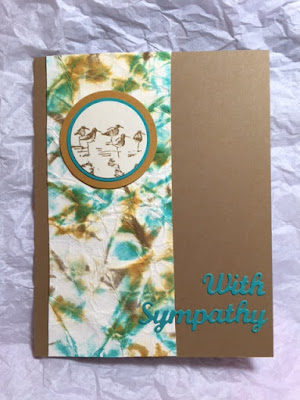 The temperature here has dropped into the 40's but it looks like we've dodged the hurricane (knock on wood).   So I'll leave you with this little conversation I had with a teacher yesterday:

Teacher on the phone:  Did you hear that we're going to have a hurricane this weekend?  Hurricane Wayne.

Me:  Yes, but it's Hurricane Joaquin.

Teacher: Oh is that it!  Hahahahahaha.  (Then she asked me for something.)

Same teacher 10 minutes later in the office during her prep period:

Teacher to me:  Why didn't you correct me when I told you about the hurricane?

Me:  I did.  I told you the name is Joaquin not Wayne.

Teacher:  Yes, but you didn't tell me that it was spelled with a "J".

Me:  Well, do you remember hearing about all of the other storms we would have had to get us to the letter "W"?

Teacher:  That's exactly what another teacher and I were talking about.  We thought we missed all those storms over the summer and then we looked it up on the internet and saw how it was spelled.  I learned something today.

Email ThisBlogThis!Share to TwitterShare to FacebookShare to Pinterest
Filed Under: Sympathy Cards