The Christmas Elf Was Hard at Work 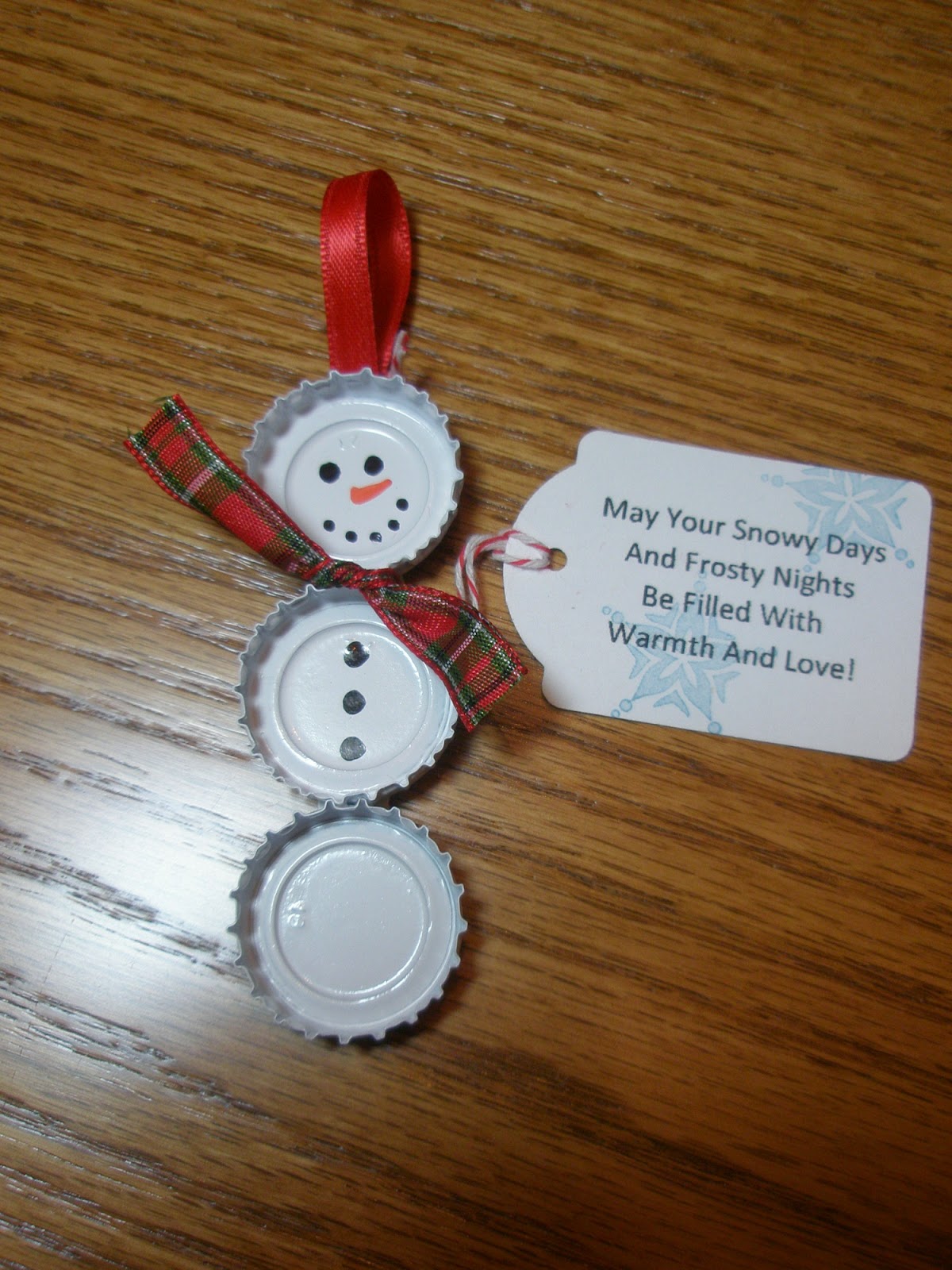 Start with scads of bottle caps - you will need three per snowman.  On a sheet of cardboard I taped down rows of blue painters tape, sticky-side-up and then lined up the bottle caps and HWNSNBP put his elf hat on and spray painted them white for me.  I chose to use spray paint for two reasons - the first being that it would take far less time than holding each bottle cap and painting the inside, and also because I felt spray paint would adhere better over the plastic that's found on the inside of the bottle caps.  I did not want to have to heat them and remove the plastic. 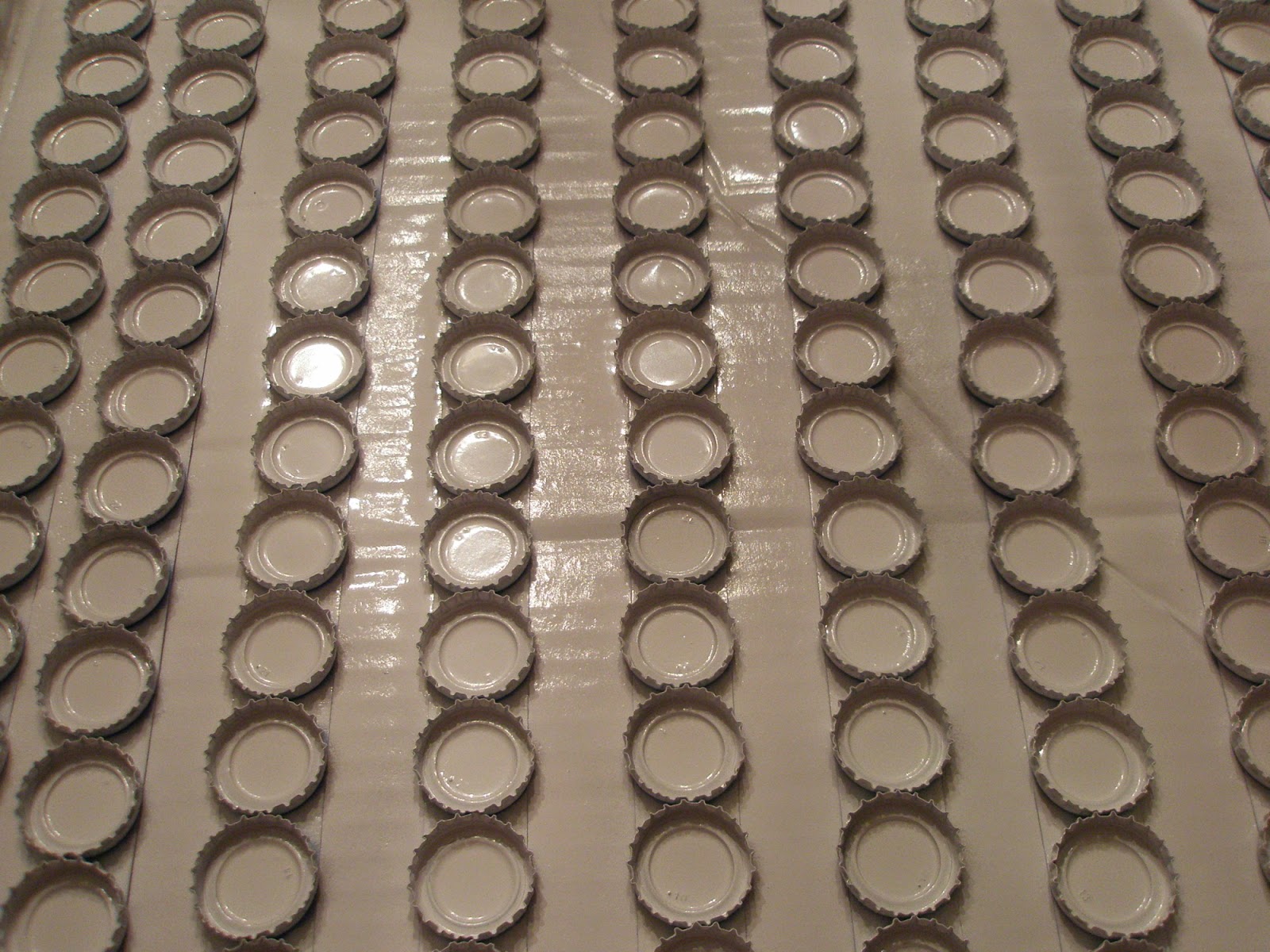 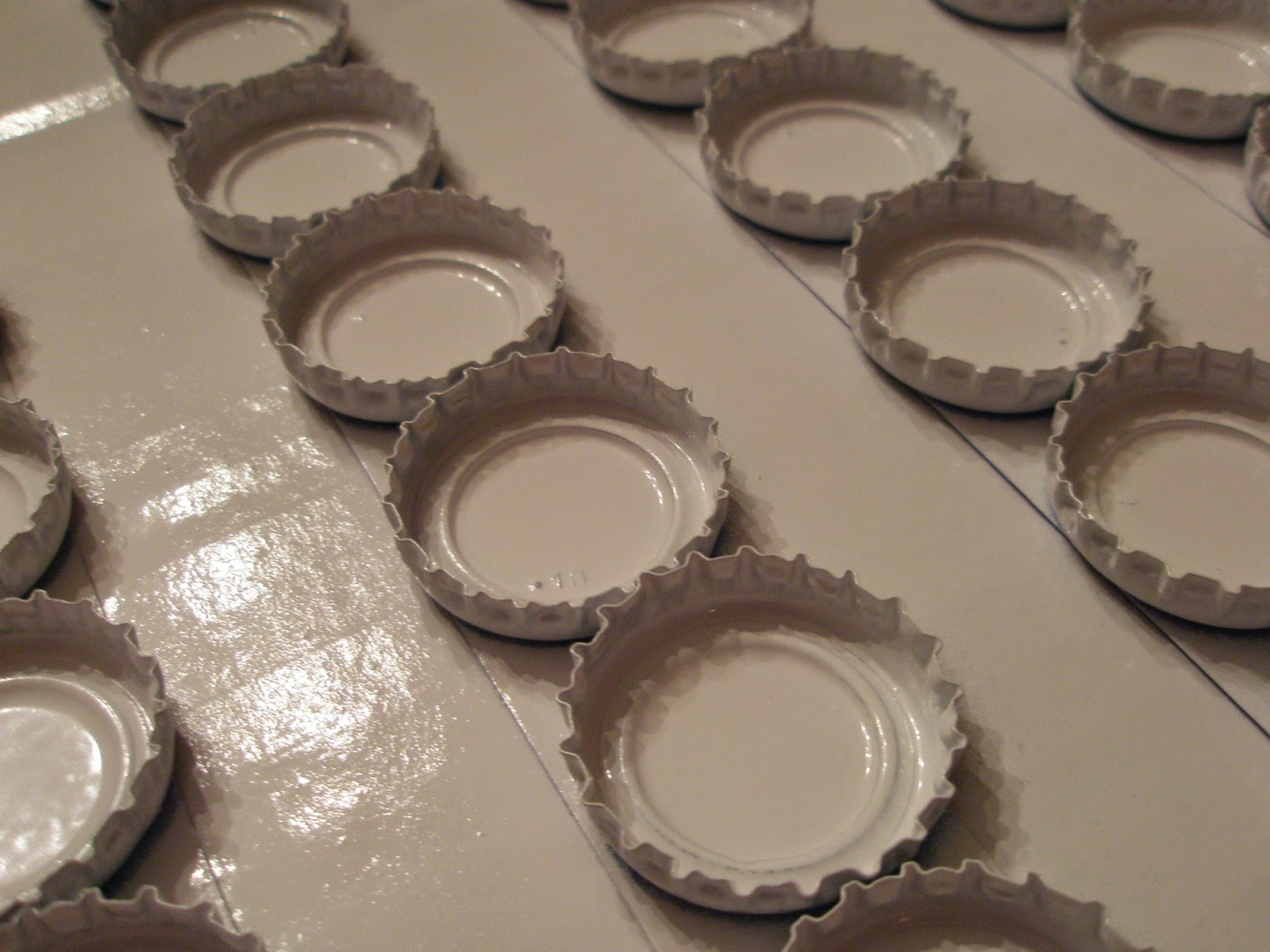 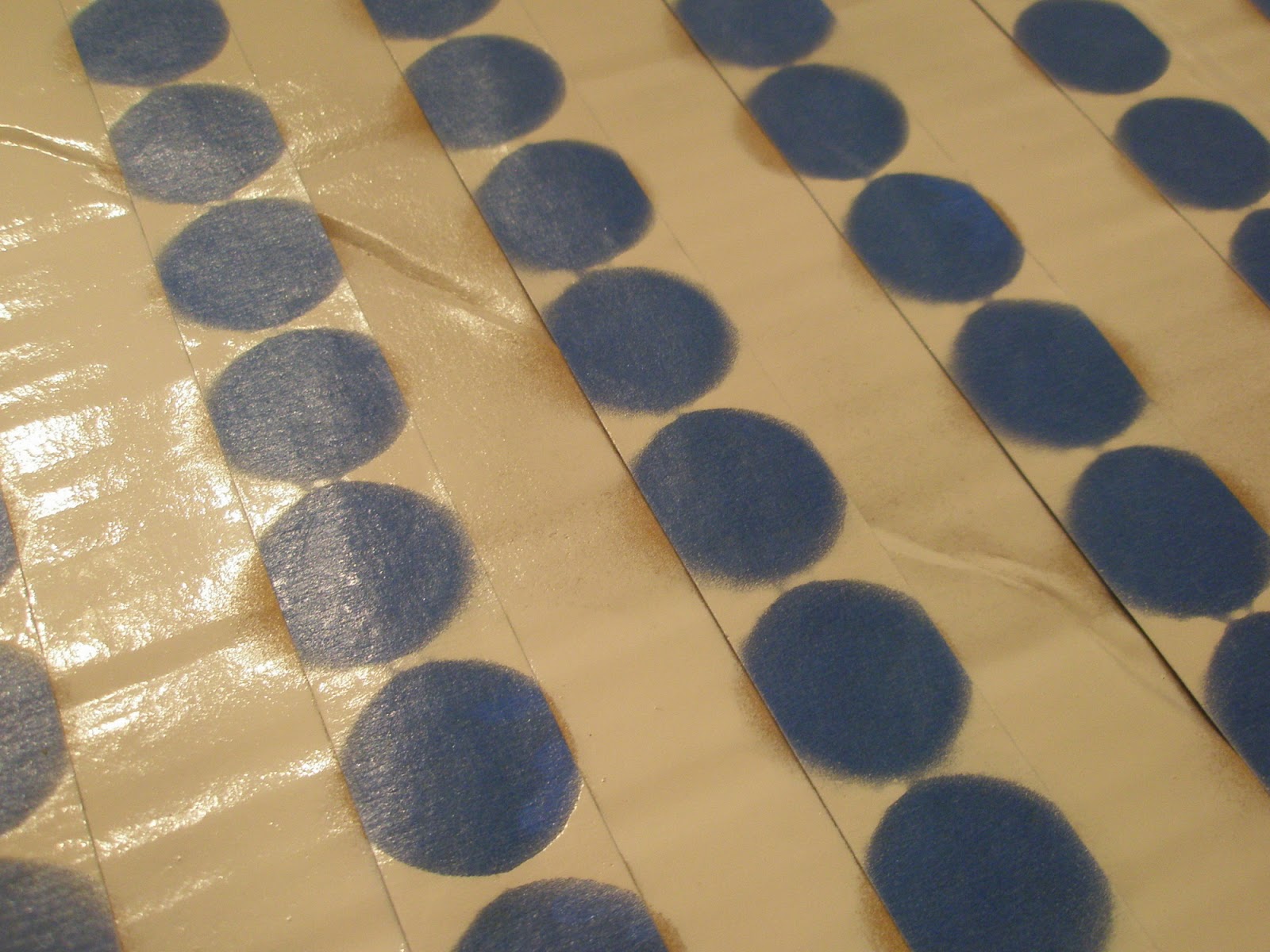 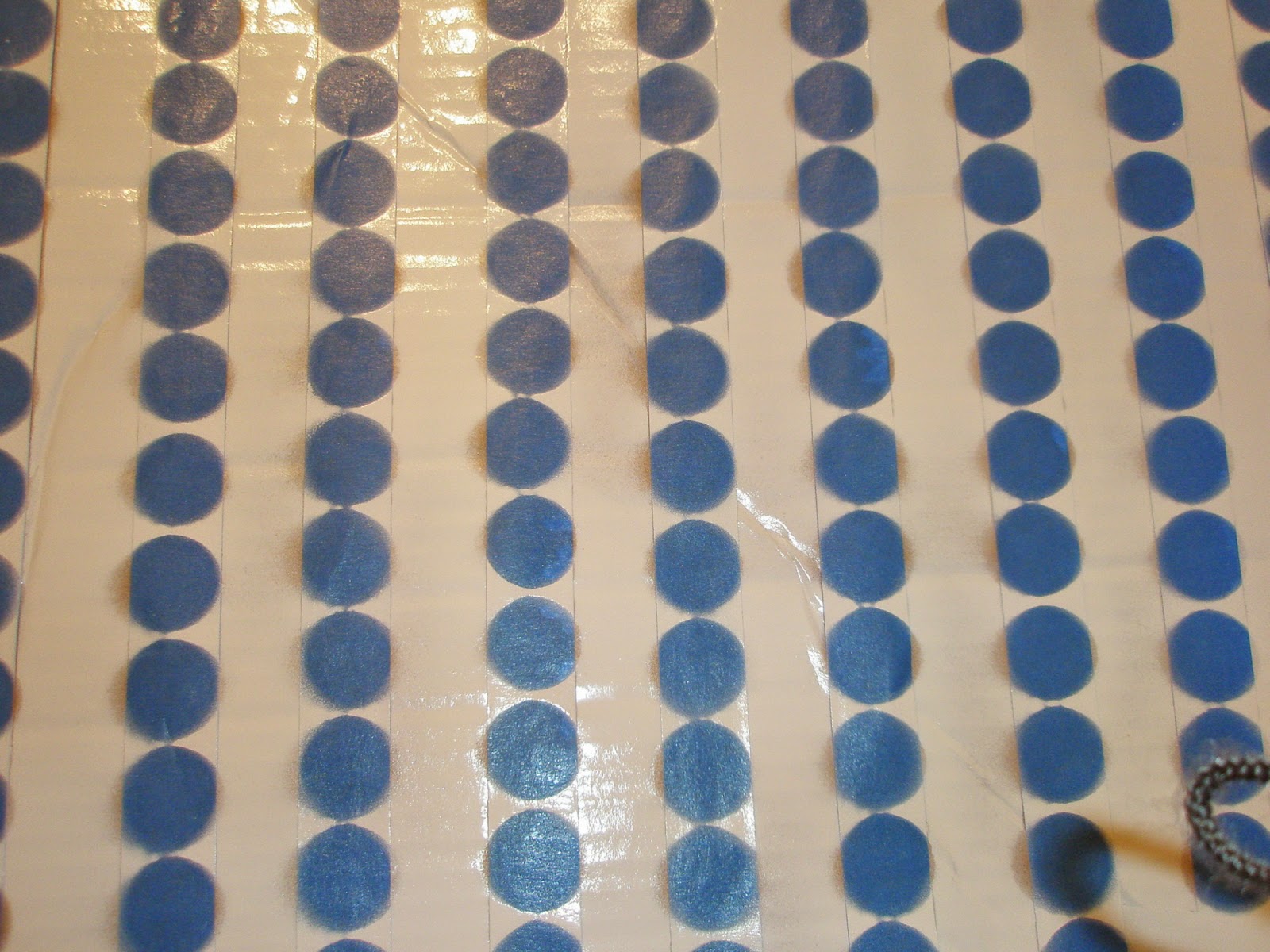 Next, I separated them into 3 piles. One for faces, one for buttons, and one plain pile and used Sharpies to added the facial features and the buttons. 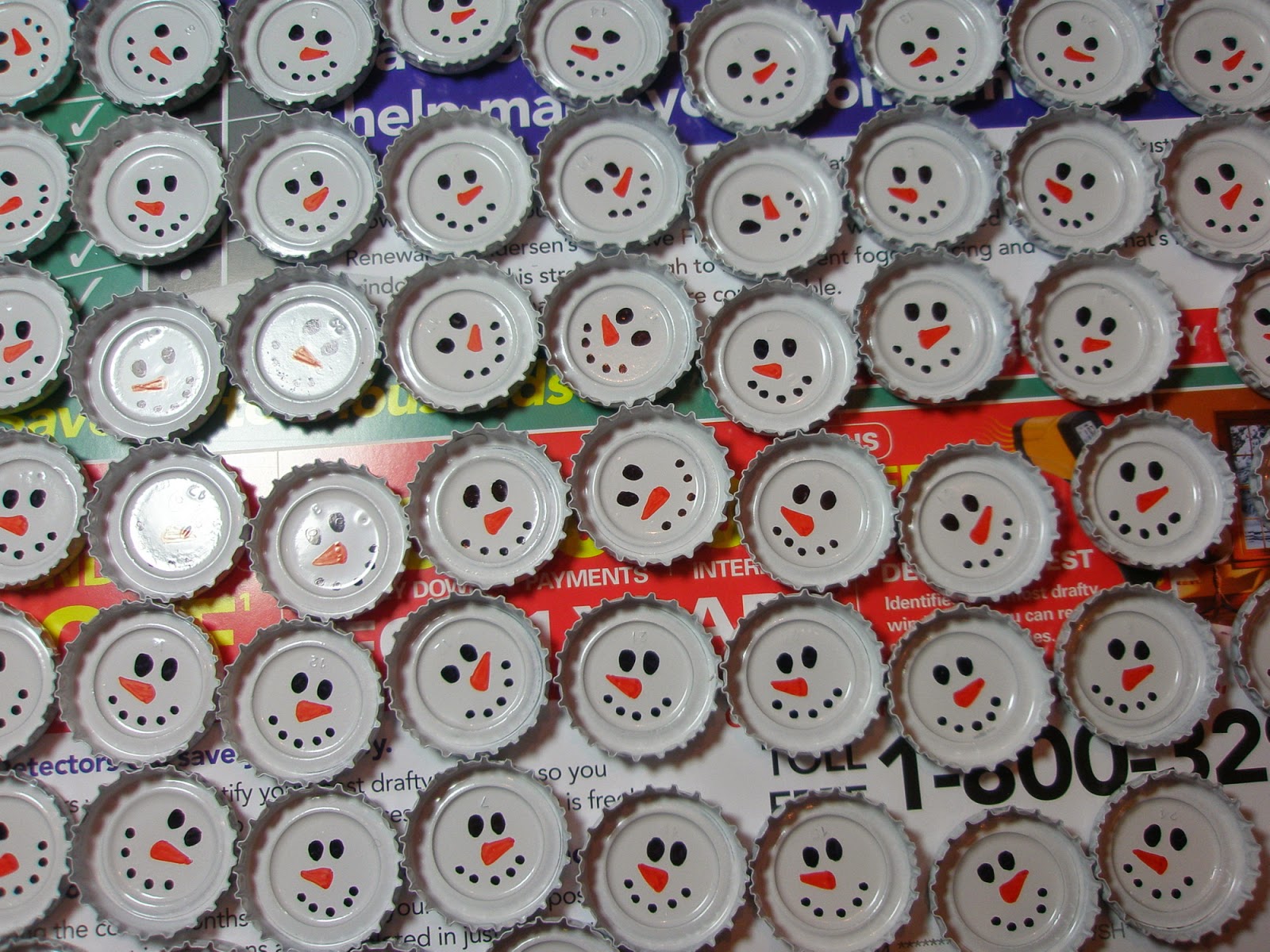 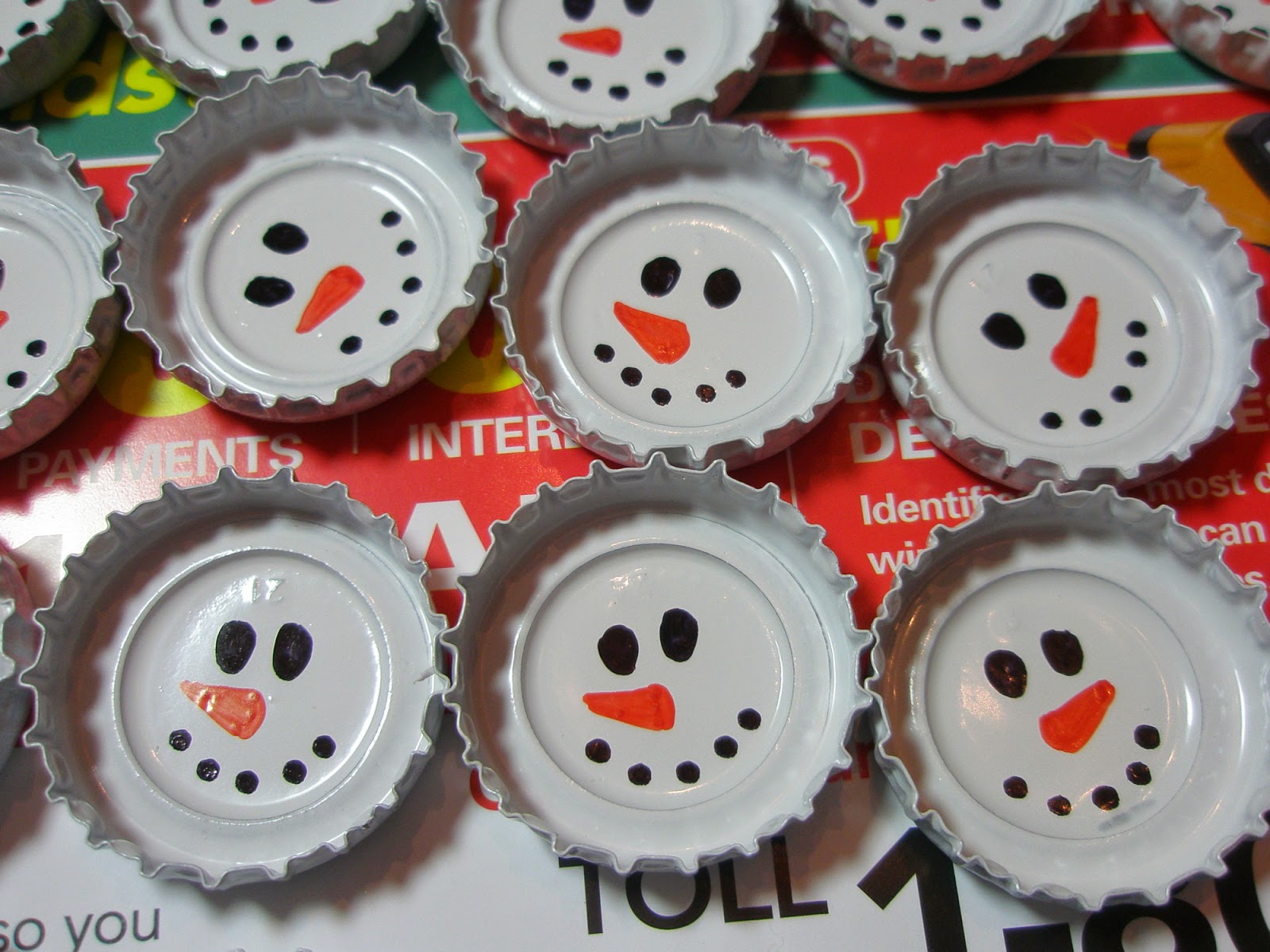 I cut 3/8" strips of white cardstock and using E6000 glued the bottle caps to that also adding a dab of glue between the caps where they touched.  Then I set them aside to dry.  When they were ready, I glued a strip of 1/4" red ribbon to the backs of the snowmen making a loop at the top.  The next step was to add the scarves which is just a length of plaid ribbon between the head and center section. 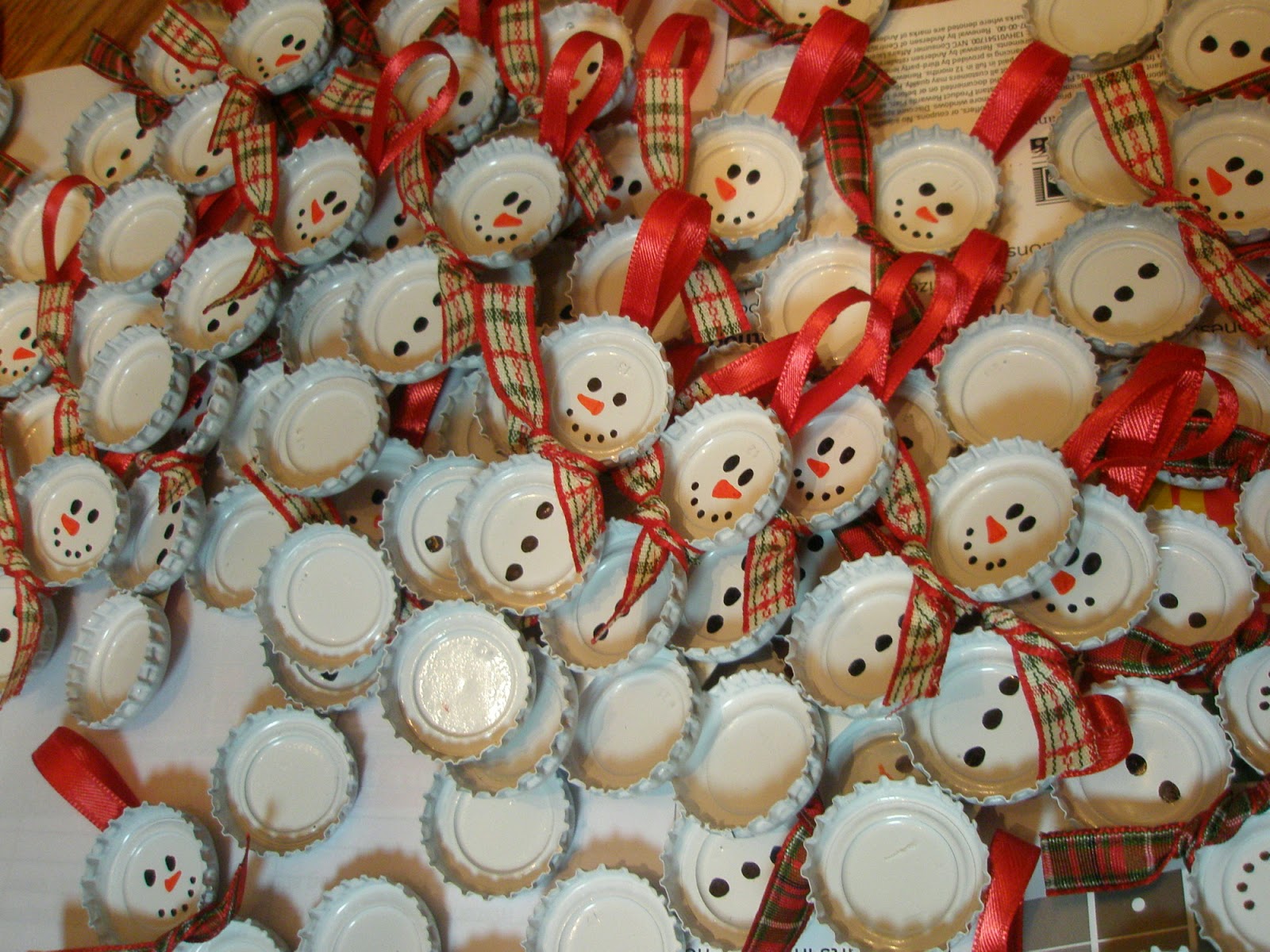 I printed up the tags, punched them out and stamped the snowflakes onto them before tying them to the loop.  Then they got lined up in the tray and were ready for early morning delivery. 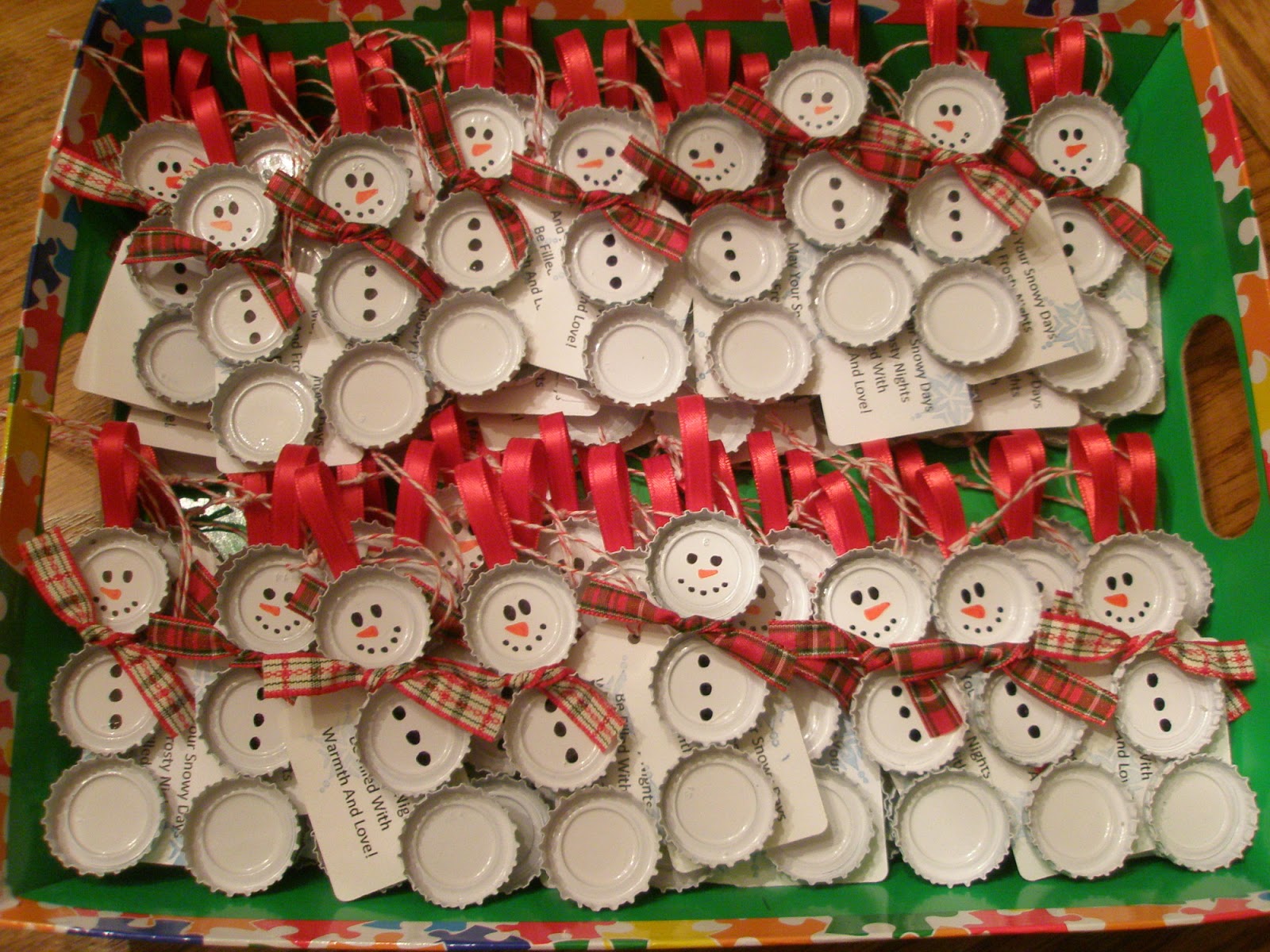 I've been out of work again this month to further recover from my back and foot issues so I snuck in to school before anyone except the custodian was there and did my little elf thing. 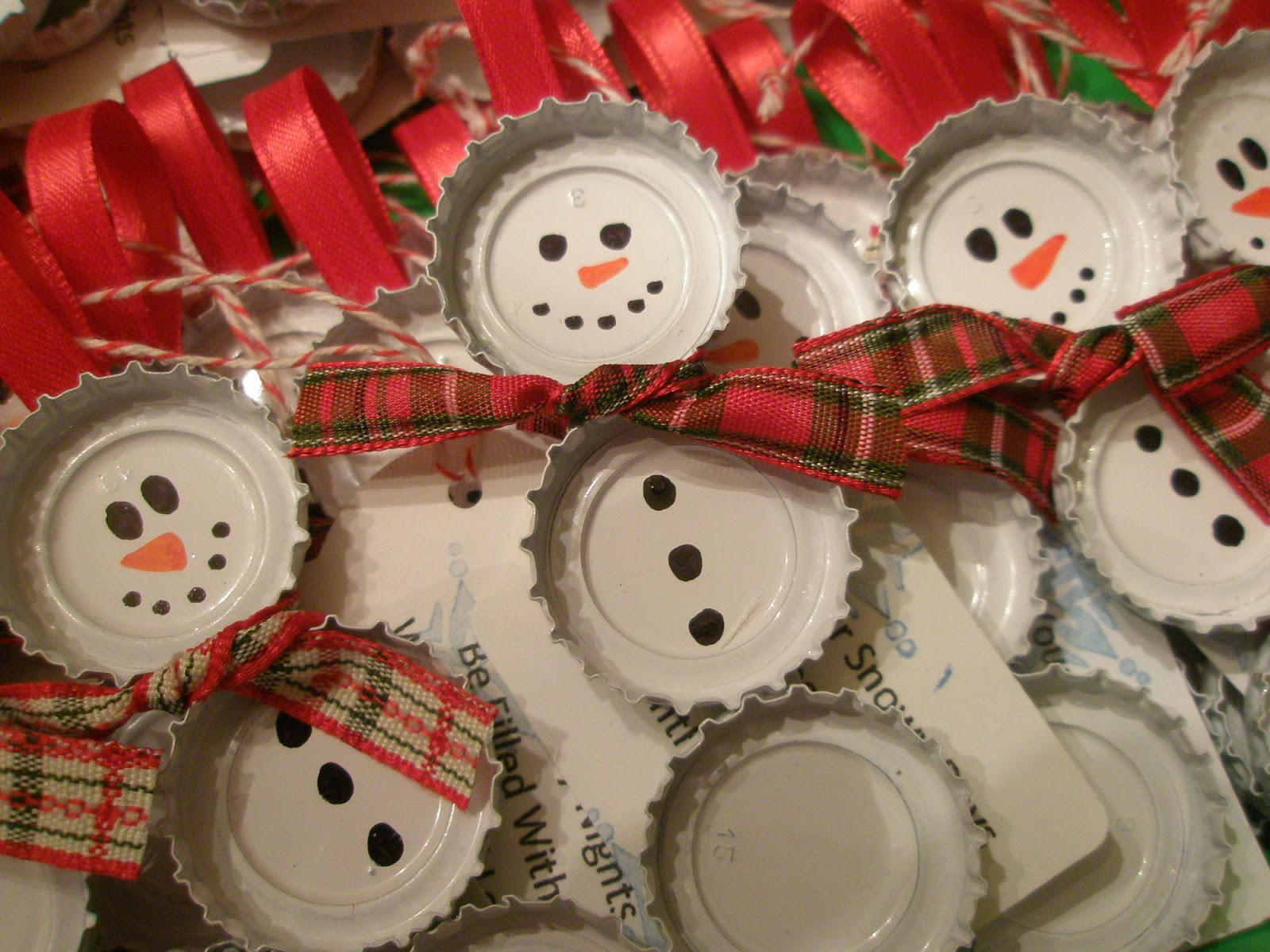 I'm hoping they enjoyed them.
Posted by Lorraine at 3:00 PM