My Cactus Committed Suicide..... or Maybe it was Just Trying to Escape

This is the cactus that I have had on my desk at work for the last 5 or so years. I used to just babysit it during the summer when the staff was gone, but it got too big and potentially dangerous to keep in the classroom so it stayed permanently in the office. The picture was taken during the holiday season a few years ago.  I would dress it up for the holidays and it was often one of those conversation starters with first-time visitors to our school.  Usually the students would say "Is that real?" to which I would reply yes and warn them not to touch because it was known to pinch people.

Two weeks ago I turned the pot as I do on occasion to keep the cactus from growning crooked.  The next morning I came into work to find the pot moved and the cactus in pieces on my desk.  There was an e-mail that the night custodian had sent to our head of maintenance explaining that they had come in to empty the garbage in the office and found the "plant on the secretaries desk" had fallen.  They attempted to clean up the spilled soil from the pot, but probably assumed it was beyond hope.

Trying to make light of the situation I blurted out to the first person in the office that "my cactus committed suicide".  They thought I said my cat committed suicide and wondered how that was possible.  Then when I pointed to the pieces on my desk they understood what I meant. 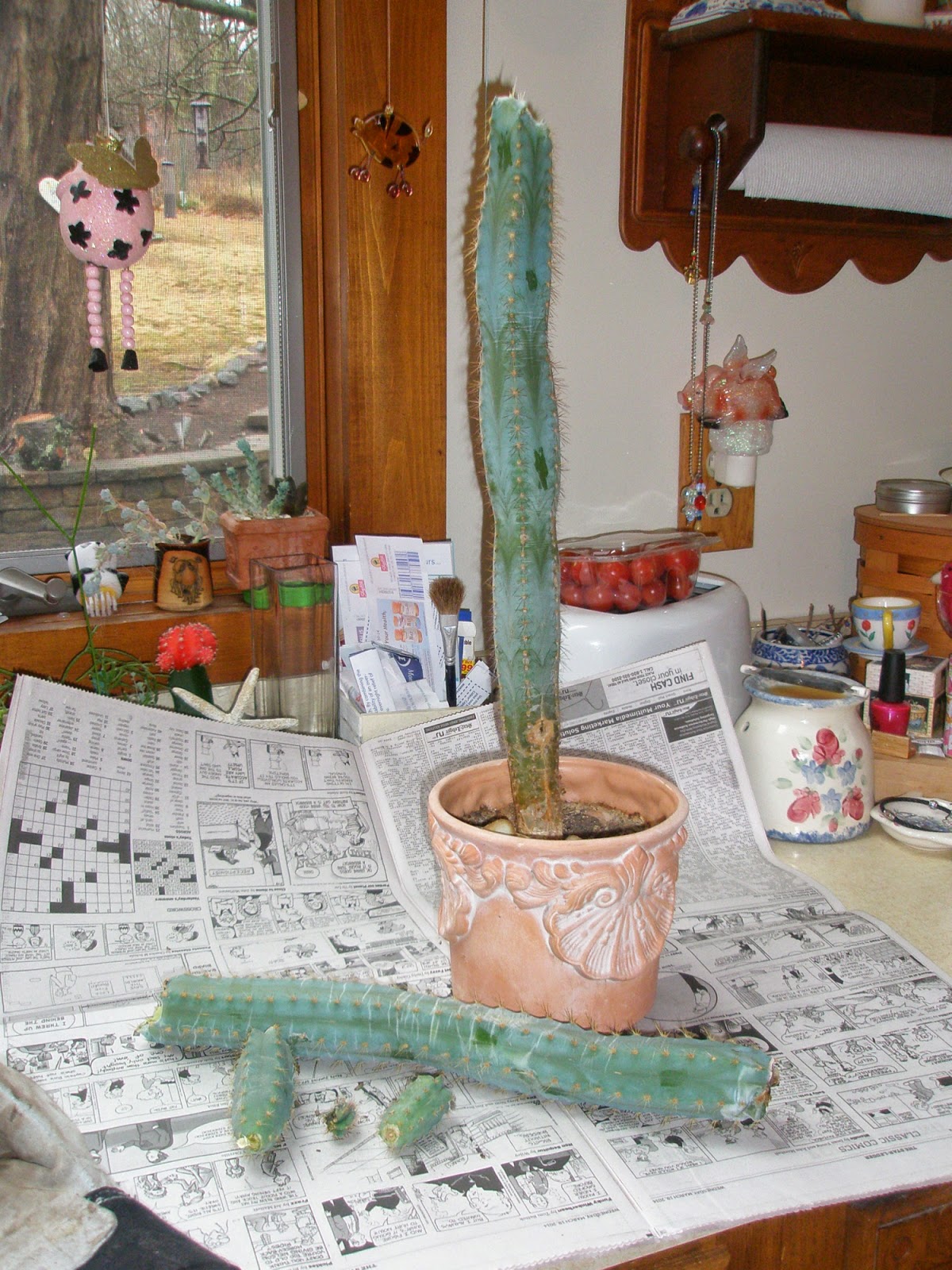 Lucky for me HWNSNBP was working from home that day and was able to stop by the school and pick up the pot and the pieces of what was left of the cactus.  Then we went pot shopping the next day and courtesy of some leather gloves of his I was able to attempt to salvage what I could. 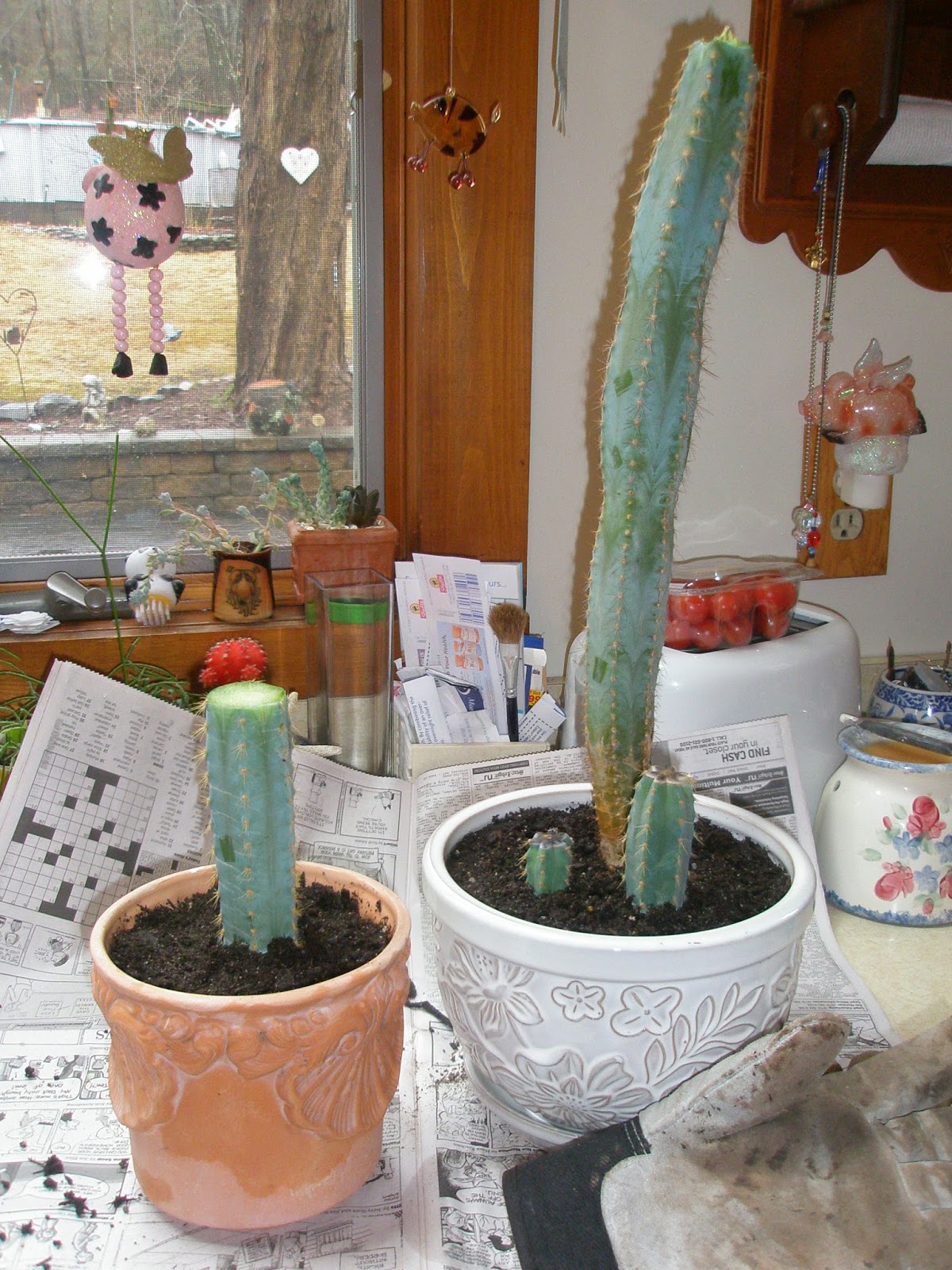 The very smallest of the babies as I refer to them, was damaged too severely as was about half of the largest broken piece.  (Which eventually totally died.)  I've had the white pot at home in a shady place since the accident since that's what the directions on the cactus soil bag said you should do for the first few weeks - keep it in a shady place.  And I think those three pieces will make it.

Let's keep our fingers crossed.  I'll be taking it back to work next week.