Tea and the Search for Butterflies

HWNSNBP usually agrees to have "tea" with me during our vacation and this time was no exception.  We were going down to Cape May for the day so I called a place called "The Butterfly Tea Room" and was able to make reservations for us. 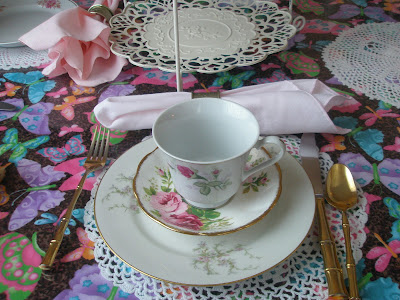 Each of the tables was set with plates, cups and saucers.   The tablecloths all had a butterfly theme and there were tiered white servers on each table along with a little vase of fresh flowers.

After looking at the tea choices you were encouraged to go to either one of two cabinets and pick out a teapot.  The choice was not easy.  And I noticed that I actually had two of the same teapots that were in this particular cupboard. 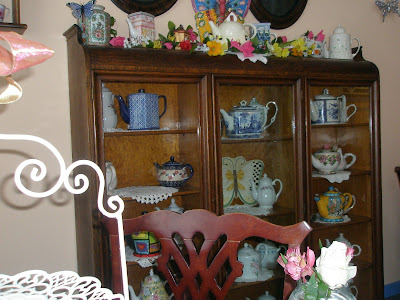 So I picked out a pot and had some delicious herbal Berry, Berry tea.  HWNSNBP usually just has a glass of iced tea as he did that day. 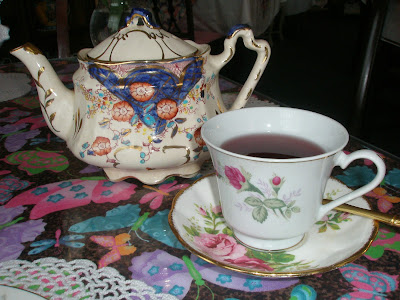 We each had a bowl of soup - his chicken noodle and mine chilled peach and then were served scones complete with lemon curd and Devonshire cream.  Then our savories and sweets came - two of everything on the server.  We took most of the sweets home for later.  Thank goodness we had remembered to pack a small cooler in the car. 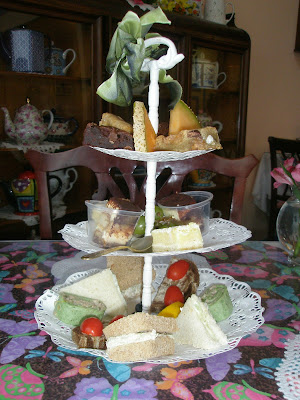 It was quite warm that afternoon so we spend relatively little time shopping in the outdoor mall and then headed back home with a stop along the way at the Hereford Inlet Lighthouse.

This was the view of the beach from the little walkway accessible through the beautiful garden that they have in the back of the lighthouse. 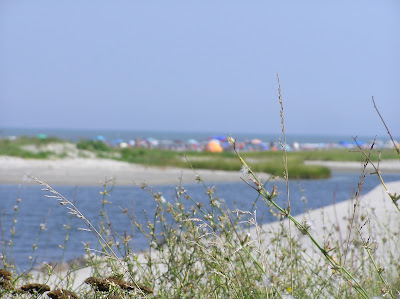 When we have been there in the past it has been in October and there is virtually no one on the beach.  I failed to focus on the beach in the picture above but I liked the way the background was blurred in it.  Below you can see the colorful umbrellas much clearer.  The scene itself reminded me of a postcard you might pick up at the board walk or local gift shop. 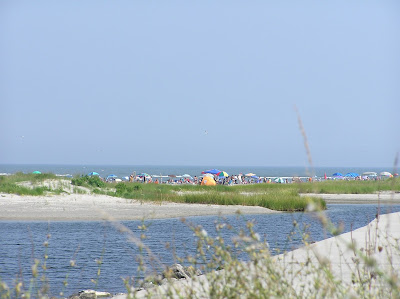 We have also seen loads of butterflies when we've been there in October.  Not so much on this day.  There were a few, but this was the only one that sat still long enough to get snapped. 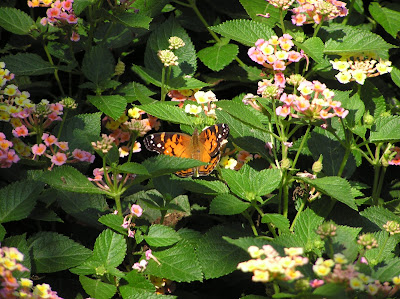 The flowers are always so pretty there, front and back of the lighthouse. 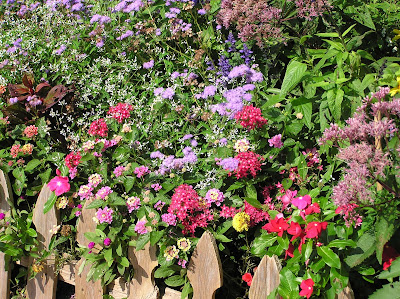 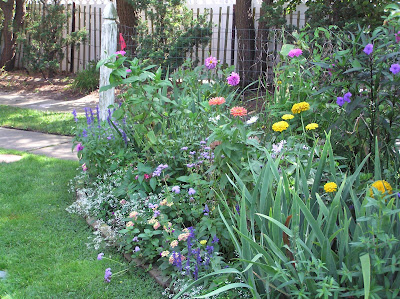 One can tell it was nearing the end of the summer.  See the beautiful rosehip below as a harbinger of autumn quickly approaching. 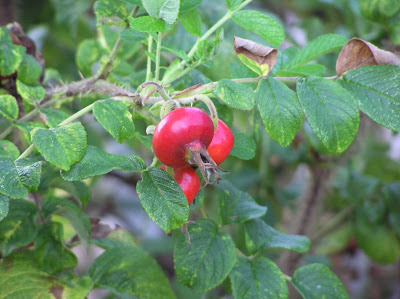 My intention was to throw in a card with butterflies on it, I just didn't think it would take me a month to get one done.  Since today is my mother's birthday and she loves butterflies I finally have the card to show........... 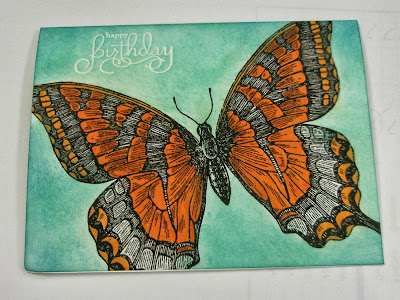 Next to the Butterfly Tea Room is The Bird Store that carries all kinds of bird- and nature-related paraphernalia.  Last time we were there I bought myself a butterfly that you attach to a plant (or wherever you like) hide the cord and plug it in.  The butterfly pulsates very slowly just like a real one would do.  This time I picked one up for my mother.  Hope she likes hers as much as I like mine.

Email ThisBlogThis!Share to TwitterShare to FacebookShare to Pinterest
Filed Under: Birthday Cards, Ramblings in Photos