Last week's hurricane postponed the little Flea Market run by the Barnegat Historical Society to this weekend.  This was the second one of the summer.  I made a couple of neat purchases.
There was this clock - marked Delft Blue on the underside - for $4.  We just have to find a battery for it.  If I can't, I'll find something else to put in the opening or maybe even use it as a frame.  This will be posted in Smiling Sally's Blue Monday. 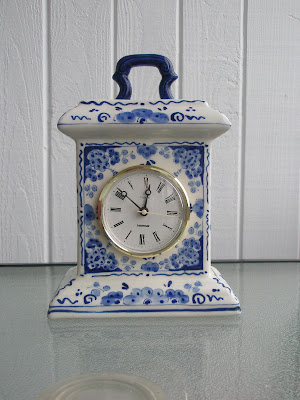 This nautical inspired collapsible cup was a steal at 50 cents.  I looked it up on the internet and a similar one is going for $22 on ebay. 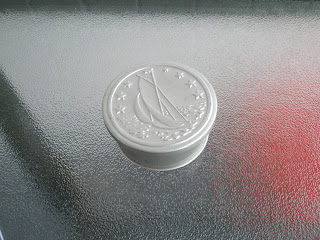 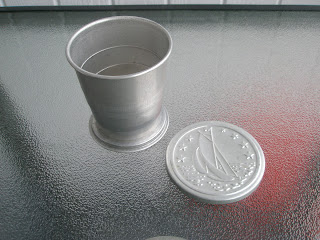 These fish earrings were another bargain at 50 cents also.  I really didn't buy them to wear them, I like the fish beads and was thinking of saving them for a card embellishment. 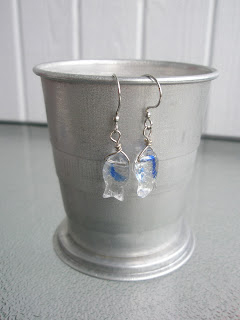 When we were done fleaing we took a bike ride and then headed down to the Grand Opening of the new location of One Little Spark.  These were the make and takes that they were doing that afternoon.   The glitter ornament will get trimmed and added to a Christmas project and the fabric flower will be repurposed also.  I wish I had seen all the parts that were part of this project before I started it.  These colors are a little out of kilter for me so I will be cutting apart the stamped flower and the rolled fabric one and salvaging what I can from this. 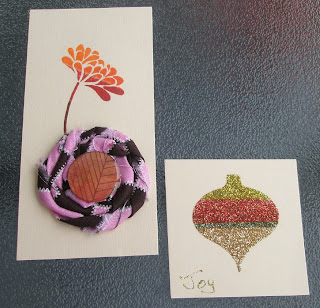 HWNSNBP and I had a date to be on the dock by 5 o'clock to resume our fishing contest.  Once again we provided some entertainment for the senior crew who were milling about and waiting for the Saturday evening concert to begin.  That fish in the middle was caught by our friend J and is 11.5 inches!  The biggest of the season and I think the biggest snapper I think any of us has caught.  The other two were ours and measured in at 10.5".  See how it paid to throw back those little ones last month!  We caught 16 fish between the three of us and kept the four biggest for HWNSNBP's dinner.  He is ahead by three in the standings just in case you wanted to know. 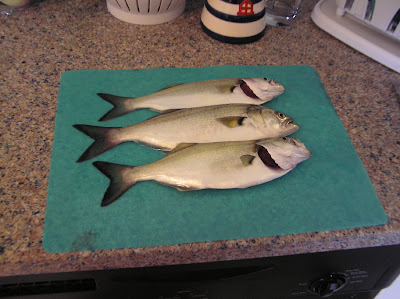 Sunday morning found us on our bikes again before it started to heat up outside and we came across a garage sale.  These wooden boxes were in a free pile and all the rest of the items that I purchased below were a mere 25 cents a piece. 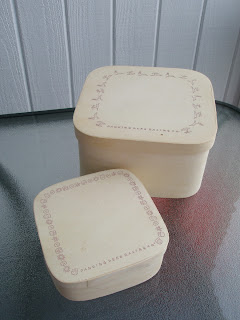 A stamp/pergamano kit and a little drawstring bag.  I've always wanted to try pergamano but didn't want to invest a lot of money into yet another craft.  The little bag still had it's price tag on it - 97 cents, so at 25 it was a good bargain (and pretty too!). 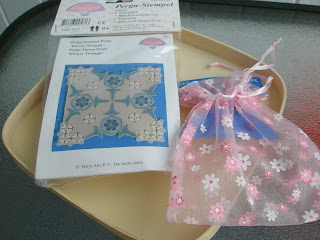 Some more rubber stamps - mounted and unmounted.  (A steal at 25cents each!)  It pays to have a couple of bucks in your pocket when you're out on your bike on the weekend.  The larger wooden one is one of those stamps that you stamp four times and then cut out, slide the flaps together and make a little box.  The flaps on this one will be a butterfly!  Can't wait to see how that comes out. The unmounted ones are of various themes, nature and sea life and I think one of them has a cow face, but I'll have to stamp it to see what it really is. 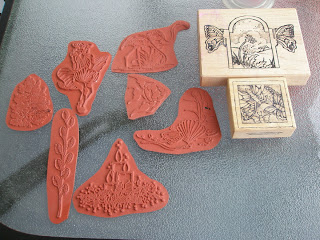 Before we headed back I wanted to check out the swans on the little side street.   That will be a separate post, but there was a gull there who was behaving very photogenic. 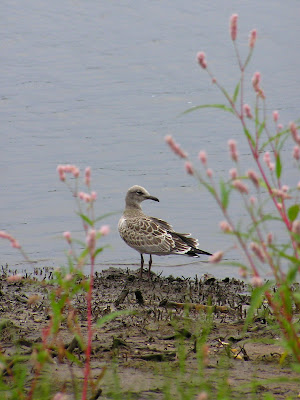 Don't you just love the pink tips of those weeds?  I hadn't really noticed the textural quality of the mud until I downloaded the pictures.  I was too busy trying to get the camera focus on the bird behind the plants.
Although we have Monday (today) off, we headed home early on Sunday - gotta get ready for the start of school this week.  It's teachers back on Tuesday and we (the office staff) usually put on a little Hot Dog Luncheon, so shopping had to be done before the stores close for the holiday.  And today will be involved in some projects that I'll be posting later.
Posted by Lorraine at 9:10 AM