I was on my way out of the house to do an errand today and remembered I forgot the letter that I was going to mail.  As I came back into the house my attention was drawn to the window in the living room.  Someone was peeking in. 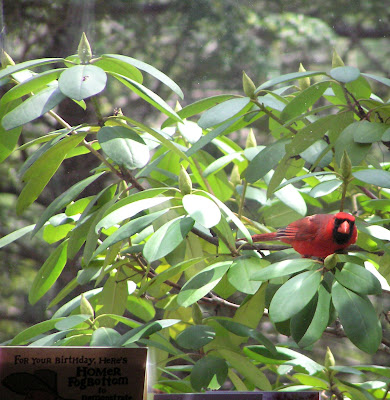 My camera was nearby so I was able to get these pictures..... and a few more. 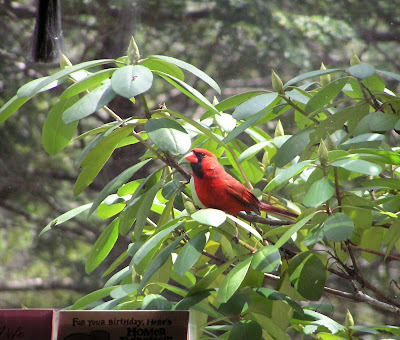 I eventually left (without the letter btw) and when I got back a hour later, he was still there.  Just sitting peacefully on the branch of the rhododendron outside the window.  As I attempted to get closer still, he flew away. 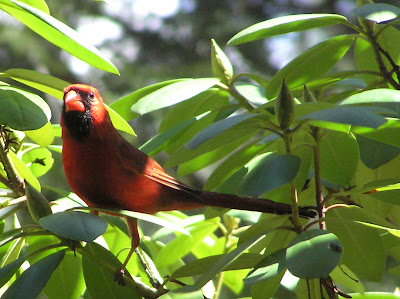 Monday morning, before we left the condo, we were treated to this guy camping out in the driveway to the parking lot. 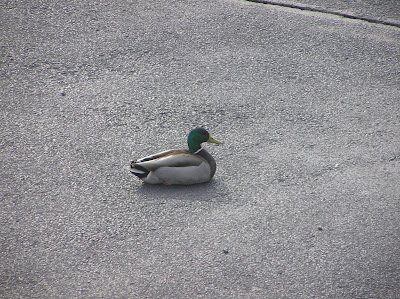 The day before, on our way back from our errands, we noticed a photographer with a camera with one of those cannon lenses on the side of the road.  I could see that he was poised to take pictures of a couple of egrets who were hanging out in the marsh grass alongside the road and adjacent to the condo property.  By the time we got unpacked from the car, the photographer had left.  The wind was blowing and buffeting both the camera and me, which made it pretty difficult to get pictures, but I got lucky to get these. 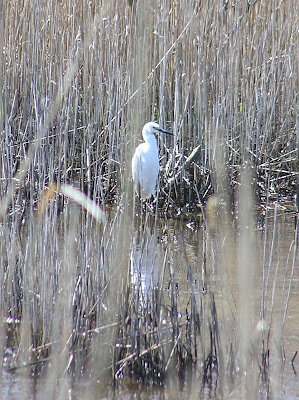 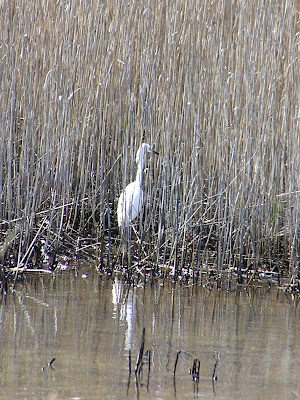 I'll have an update on the bluebirds tomorrow.
Posted by Lorraine at 7:09 PM

Email ThisBlogThis!Share to TwitterShare to FacebookShare to Pinterest
Filed Under: Birds