On Friday, June 25 you can see in the first picture that one baby is dead - look at the bottom of the nest at 8:00. 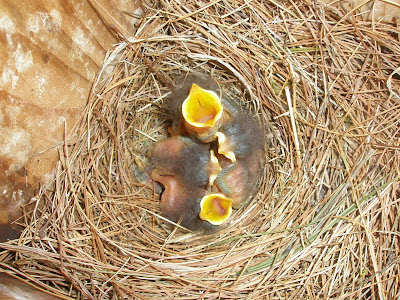 I was advised by members of the Bluebird Forum to remove the dead chick to prevent predators from getting a whiff and destroying the rest of them.  When I went to remove the dead chick on June 26, the father had already removed that one, but one of the other chicks had also died and had to be removed.  I had a pair of salad tongs that did the trick.  Mr. Blue was watching from a distance. 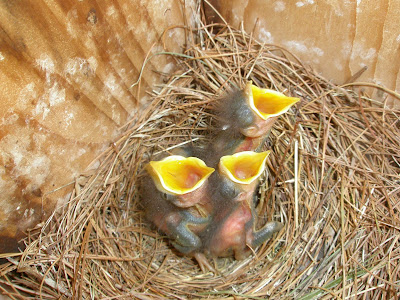 Now there are three chicks left and as you can see they are getting their feathers.  Mr. Blue has been taking very good care of them.  We have been leaving mealworms in the feeder in the a.m. and p.m.   The chicks are very noisy when they're hungry, but pop is doing a great job! 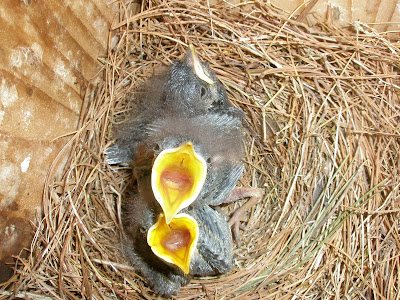