I found this 4-pack of green mesh bags at (where else?) the Dollar Tree. I was just going to add them to my St. Patrick's Day bags as is, then I started twisting them and well, I think it looks like a shamrock. What say you? 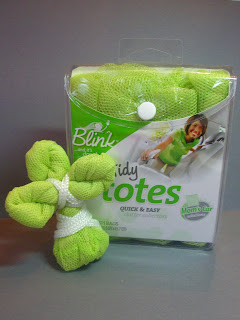 So after I emptied bags out of the pouch this was what was left. The pouch is nice weight vinyl and the cardboard is really sturdy, though not particularly pretty. It does help maintain the shape of the pouch however. 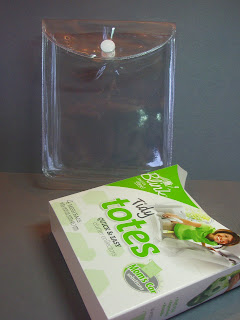 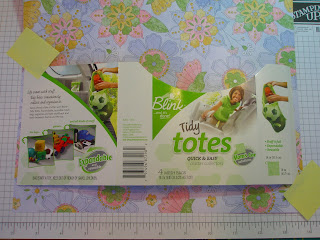 As I was working on this I was contemplating what to use it for and then I remembered that I had a box on the kitchen counter with all of the "stuff" that I recently cleaned out of the console on the van that we're getting ready to trade in. I think it would be much more "organized" to have some of these things in a nice container in the car. Of course you could use it for any number of things. Some small notecards and envies would fit nicely. What would you put in it? I'd really like to know because I have three more of them! 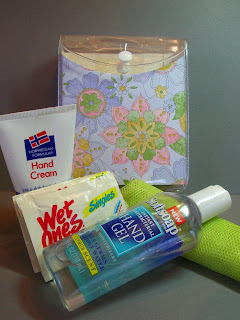 And here we have the finished product full to the gills. Much too nice for the garbage I think! 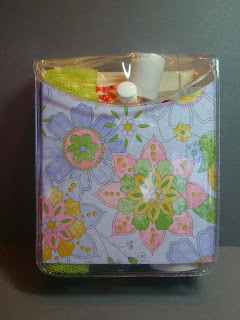 Email ThisBlogThis!Share to TwitterShare to FacebookShare to Pinterest
Filed Under: Thursday's Throw Aways