Last Sunday HWNSNBP (He Whose Name Shall Not Be Published) and I took a ride to the Raptor Trust to see the birds there.  They've recently rescued an eagle that was shot in the leg and although we knew that that bird was still in the bird hospital there, we thought it would be nice to take a stroll through and see who was outdoors.  All the birds in the cages were quite CALM, I think mostly because it was pretty cold that day.  We could see remnants of various rodents that had been fed to them in their cages so maybe they were just full and resting like humans do sometimes after a filling meal.  In any case, the cages are lined with netting so taking pictures of the birds is not a clear shot. 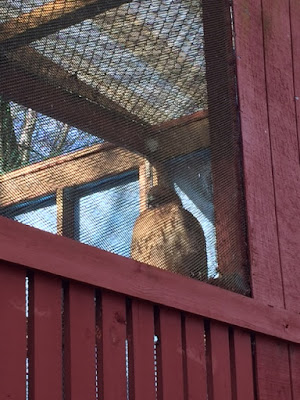 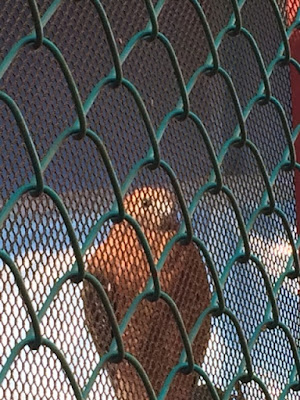 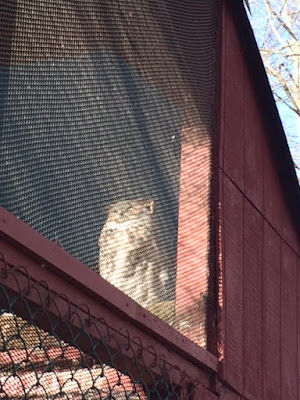 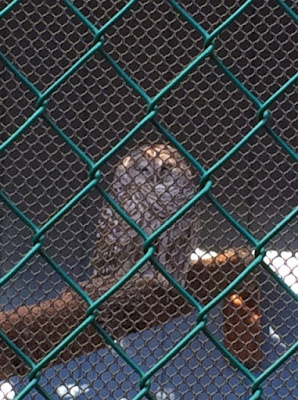 And the treat was finding an owl that was not captive but hanging out in a tree nearby. 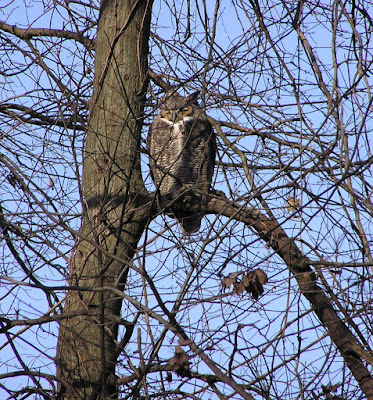 These eagles are not the recently rescued one. 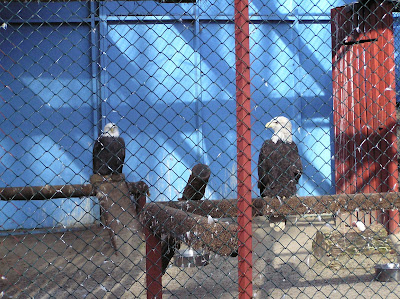 One of the workers there had this hawk out of it's enclosure so we got a pretty good look at it. 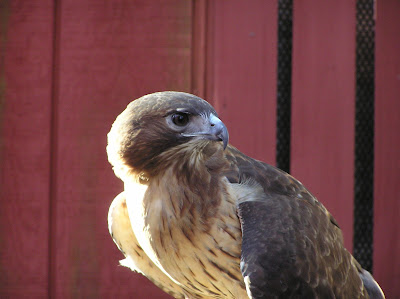 The relative CALM of the captive birds was quite the opposite in the yard this morning with our ORDINARY bird visitors. 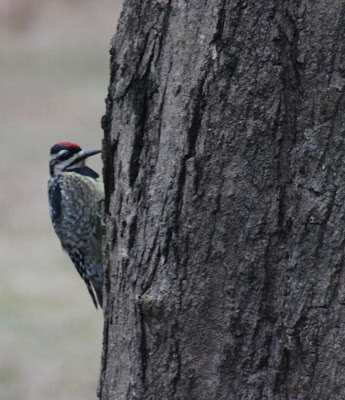 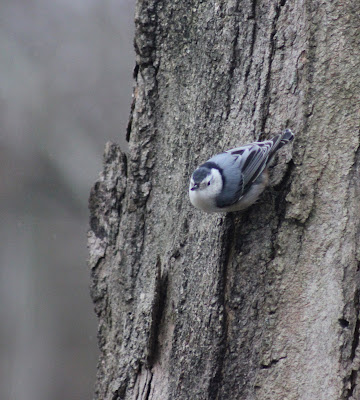 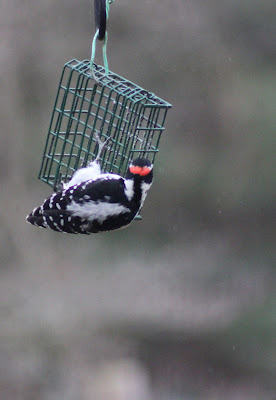 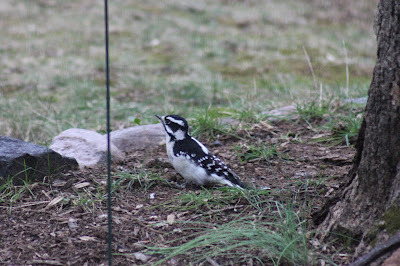 I think this is a juvenile male cardinal below as it is not brilliant red, but also not quite the coloration of the female.  I was surprised to see him there as they usually only come around very early and very late in the day.  He was cleaning up under the feeder. 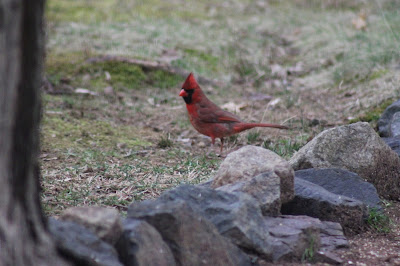 And as I was taking pictures of the birds I noticed that HWNSNBP had stuck this little garden marker into the trunk of the tree which did MAKE ME SMILE. 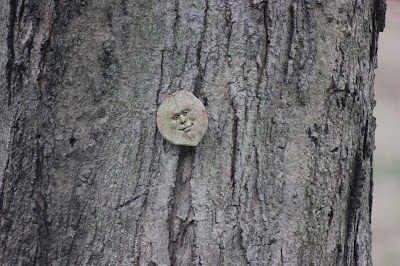 Our Beautiful World was looking for CALM pictures this week and Clare has a daily challenge for January that's been pretty fun - why not check them out with me.
Posted by Lorraine at 11:21 PM